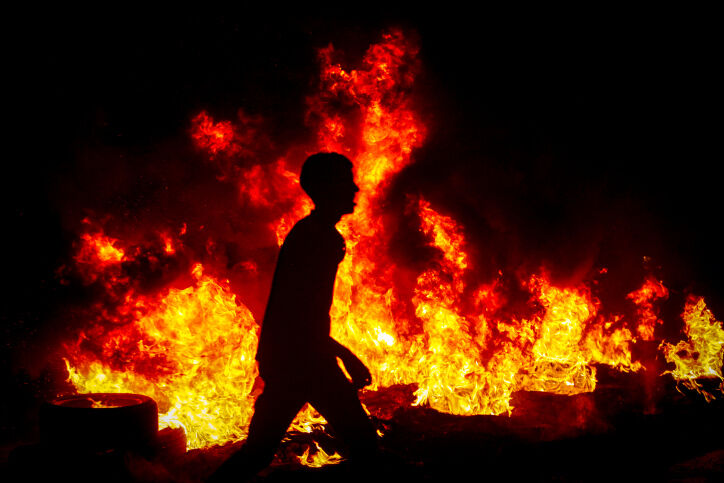 Addicted to the fake notion of maintaining “peace and quiet,” Israel’s political echelon and judiciary have gone from acting in the public’s interests to doing that which looks best in the media.

The humiliating Gilboa Prison escape is nothing but a symptom. The flaws that led to it will be investigated, found and corrected, but to rectify the broader structural failure will require Israel to shake up the current law-enforcement system and its security policies.

What constitutes this structural failure is the system’s addiction to maintaining “peace and quiet”—at the expense of the appropriate response exhibited by a society that cherishes life—in the face of reckless and violent citizens, criminals, terrorists and enemies abroad.

Israel is failing on multiple fronts: from anti-vaxxers and pedophiles, to the extreme right-wing “hilltop youth,” to the staggering crime rate in the Arab sector, to the violent haredim, to the pogroms in Akko and Lod and the Knesset members who justify their violence, to the pampering of terrorists in prison and attempts to appease Hamas.

In each and every case, a much more resolute and uncompromising response is required from the judiciary and security forces. Instead, the police specialize in helplessness, misery and cowardice; the judicial system treats the cruel compassionately, which is cruel to the Israeli public; the prison service indulges terrorists as part of their “quiet at all costs” deal, instead of quelling them; the Israel Defense Forces is too restrained in its treatments of the Jewish rioters in Judea and Samaria; and the defense establishment is chasing fantasies about long-term agreements and rehabilitating the Gaza Strip, instead of making sure that Hamas doesn’t regain its military prowess.

The roots of this structural failure—which has recently come to characterize much of democracy—lies in diverting public discourse from the common good to appearances: from that which is beneficial for the public to that which sounds good in front of the cameras. And violence doesn’t look good.

Therefore, the police avoid confrontations and are easy on criminals, Arab lawbreakers and extremist haredim. The Israel Prison Service prefers autonomy and supervises terrorists loosely, instead of breaking their will. Construction materials sent to “rehabilitate Gaza” look better in the media than wounded Palestinian rioters and dead terrorists. That is how “quiet” will supposedly be maintained.

This fake quiet comes at a price. It encourages terrorism, crime and lawlessness, and causes even greater violence. Law-abiding citizens have already lost their faith in the police and the judiciary. Unless Israel steps up its game, they will soon lose faith in the state, as well.

The rioters and terrorists in prisons, Jenin and Gaza, and threats by Arab Israelis, are an opportunity for Israel to wean off its addiction to fake quiet. Prisons can finally have proper security, not just the bare minimum, and Islamic Jihad members can be brought back to the cells that they burned down.

The dissolution of the terrorist organizations from inside the prisons will return control to the IPS, instead of the autonomy that brought about the quiet at too high a price.

In Jenin, Israel must take advantage of the concentration of armed terrorists in order to eliminate as many of them as possible. And in Gaza, taking out Hamas targets will severely damage the terrorist organization’s ability to recover and help Israel get rid of the permanent-agreement illusion.

If violent riots erupt among Arab Israelis, an escalation can be prevented by accusing the protesters of aiding terrorism and hoping that Israel’s courts will not rule in their favor.

Caption: Palestinians riot on behalf of the Gilboa Prison escapees at the Hawara checkpoint near the city of Nablus, Sept. 8, 2021.
Photo by Nasser Ishtayeh/Flash90.