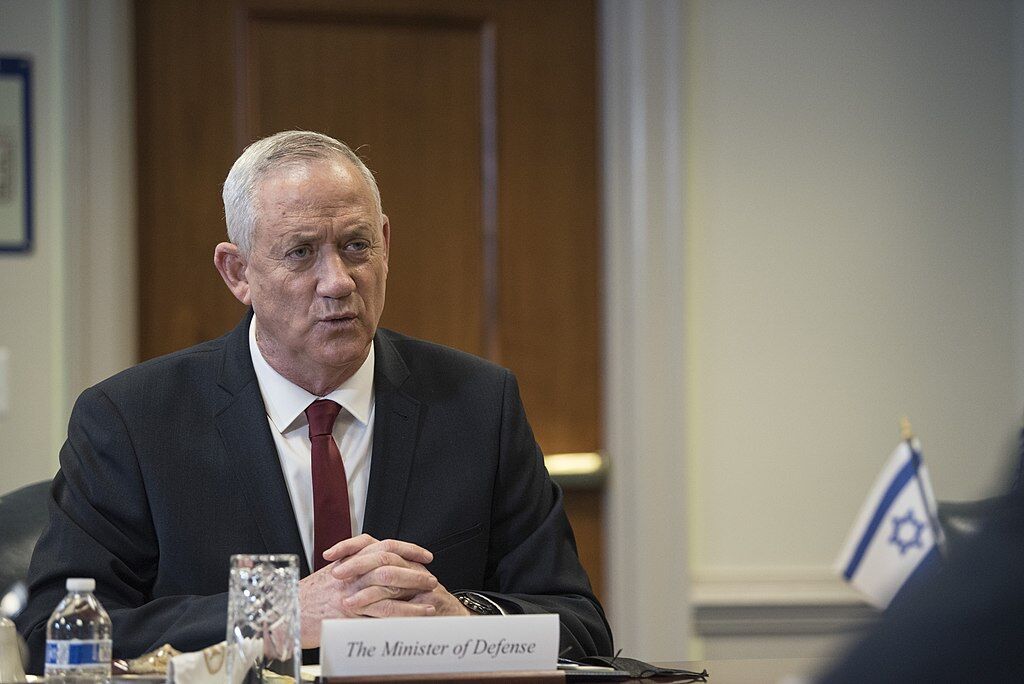 Channel 13 reported Saturday that Prime Minister Naftali Bennett had vetoed the meeting, perceiving it as an attempt to divert attention away from the Negev summit held the same day in southern Israel with the foreign ministers of Egypt, the UAE, Bahrain and Morocco, along with Secretary of State Antony Blinken.

Culture and Sports Minister Chili Tropper, a close Gantz confidant, explained that the defense minister did not see it as a diplomatic “event,” but rather a meeting that could prevent bloodshed during the Muslim holy month of Ramadan, which begins at the end of this week.

A senior Israeli official told Walla News that Bennett was angry that he learned about Gantz’s intentions only when the Jordanians notified his office about the possibility. Bennett expressed his opposition, which led the monarch’s office to freeze the idea.

Both the Palestinians and the Jordanians had billed the high-level meeting as an attempt to find a way to calm tensions with Israel during the Ramadan period. It is the first time in five years that the king will be visiting Ramallah, following Foreign Minister Yair Lapid’s visit to Amman earlier this month.

At the time, Lapid said he and Abdullah had agreed to “work together to calm tensions and promote understanding, especially ahead of Ramadan and Passover.” The Jewish holiday, which this year falls in the middle of Ramadan, is a time when streams of Jews usually visit the Temple Mount – something the Palestinians have announced that they are determined to prevent.

The Palestinians are looking to the king for help, as among Muslims, the royal family officially retains “custodianship” of Jerusalem’s Christian and Moslem holy sites. The Temple Mount is Judaism’s holiest site and Islam’s third-holiest.

Bennett and Gantz held a meeting Sunday morning to reduce tensions between them. Walla reported that a major part of it was spent on claims from both sides of non-coordination and neglect to update each other’s office about major events. While Bennett complained about the Abdullah-Abbas meeting, Gantz brought up the fact that the prime minister informed him about his recent discussions with Russian President Vladimir Putin regarding the war in Ukraine only after he had landed in Moscow.

Ramadan is often a time of increased violence on the Palestinian side. As a possible foretaste, two major terror attacks took place in Israel within the last week, both carried out by ISIS supporters. A lone Bedouin-Israeli terrorist carried out a ramming-stabbing attack in Beersheba that left four dead and two injured on Tuesday, and two Arab-Israelis shot 14 people in Hadera Sunday night, killing two.

Still fresh in everyone’s mind are last May’s major Ramadan riots in Jerusalem, which led to Hamas’ launching of thousands of rockets into Israel and the IDF’s Operation Guardian of the Walls, during which the violence spread to mixed Arab-Jewish cities.