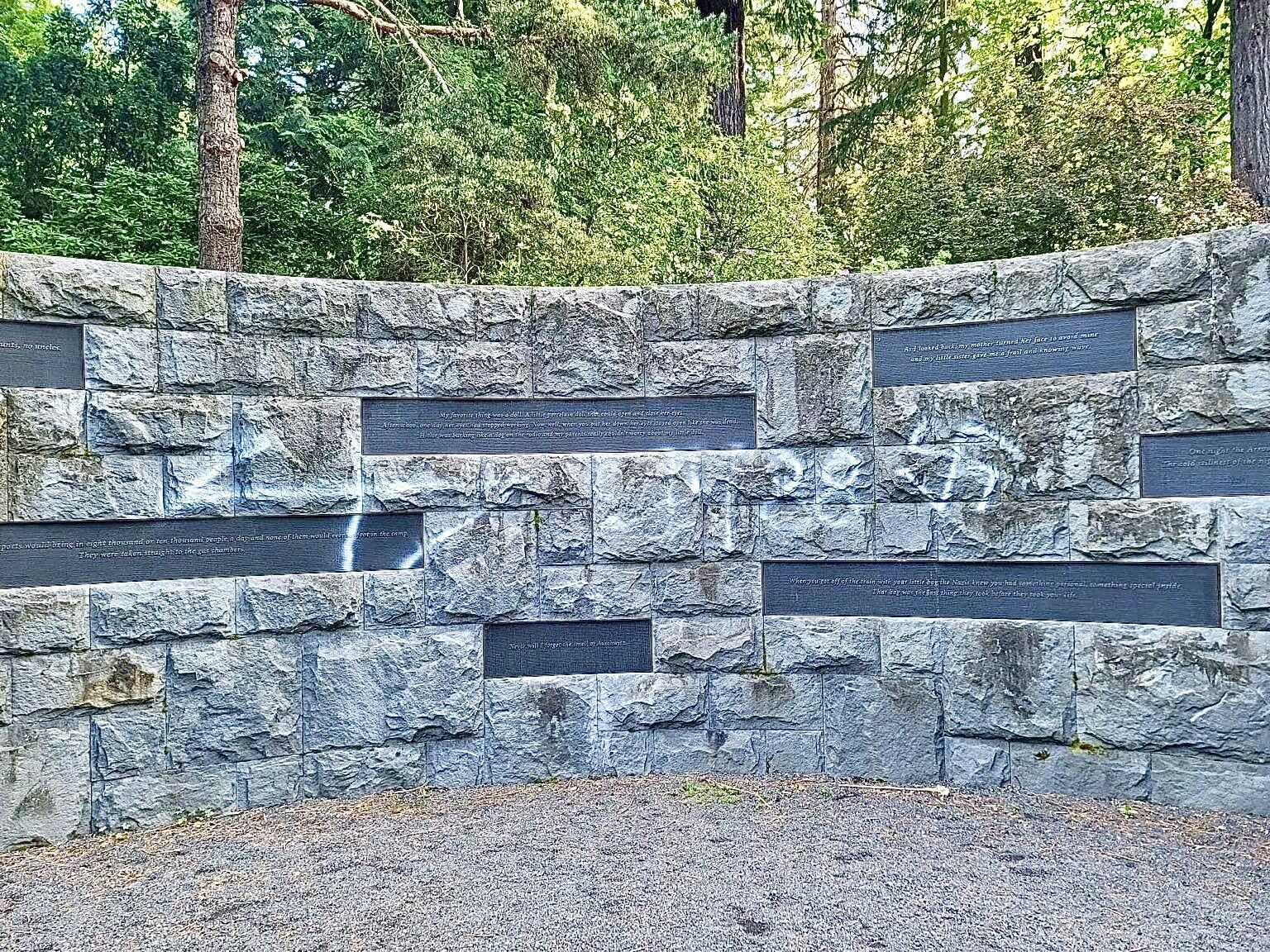 The Oregon Holocaust Memorial in Portland was found spray-painted with anti-Semitic hate symbols on Sunday.

Written in white were two swastikas and “1488,” a number popular among neo-Nazis and other white supremacists. The symbols have been removed, and the Portland Police Bureau said on Monday that it is investigating the vandalism, which also included anti-Semitic tagging on street signs and concrete barriers near the park.

“To use Nazi symbols to deface a memorial dedicated to the millions who were murdered during the Holocaust recapitulates the hatred that drove the original genocide,” Judy Margles, director of the Oregon Jewish Museum, told KOIN 6 News. “It is an act of symbolic violence against the very idea that inspired the memorial.”

The Oregon Holocaust Memorial, dedicated in 2004, features a stone wall of panels that provide a brief history of the Holocaust and quotes from survivors. At the end of the wall is a soil vault panel; buried below is interred soil and ash from six Holocaust concentration camps: Chelmno, Treblinka, Sobibor, Belzec, Majdanek and Auschwitz-Birkenau.