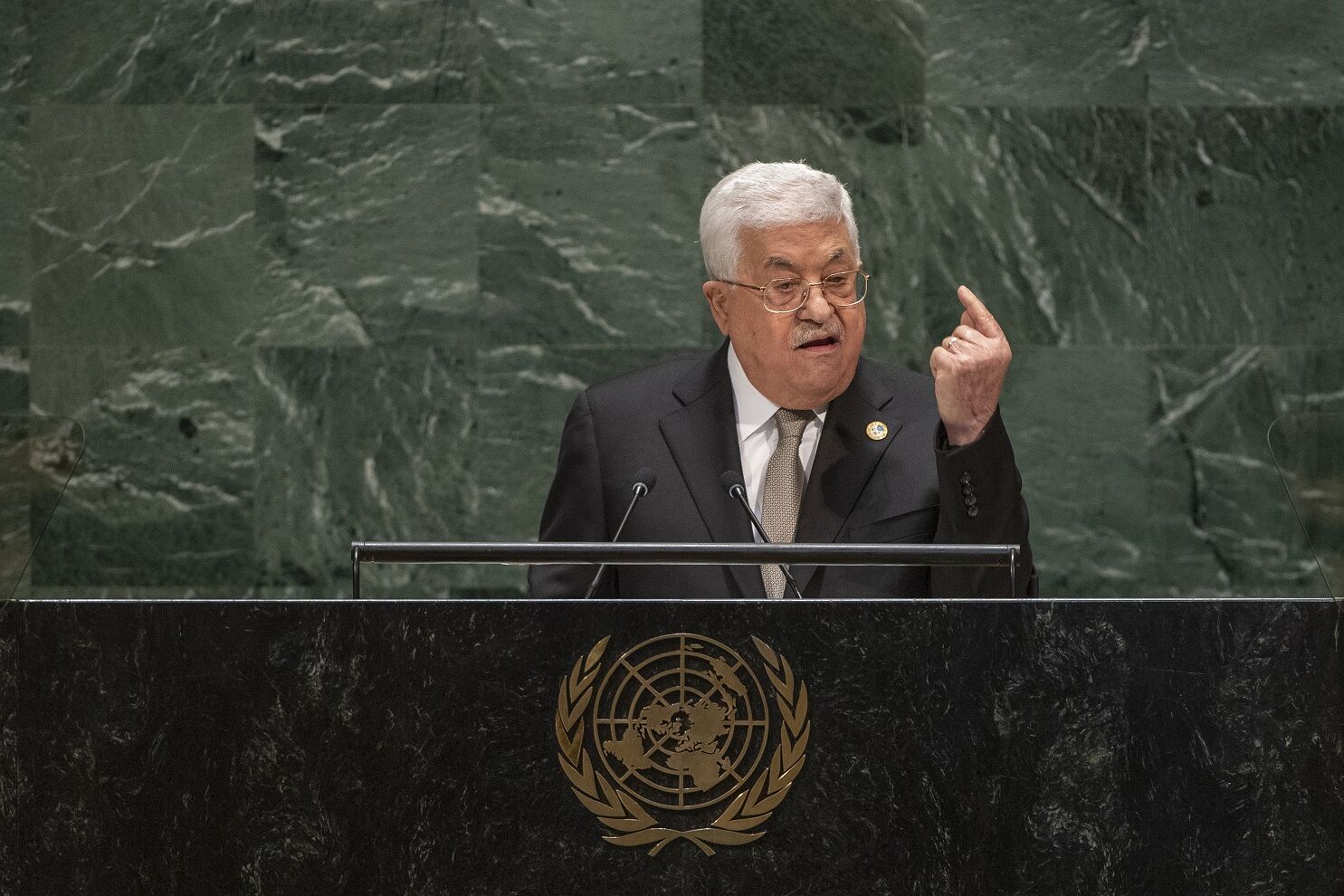 Ramallah's UN envoy Riyad Mansour confirmed the prospective move, albeit it at an undefined date, and argued that it would “save the two-state solution” and perhaps even “help Israel by waking up its leaders to hold negotiations.”

The Palestinian Authority is again seeking full membership in the United Nations, although the effort is liable to fail just as Ramallah’s previous attempt did in 2011 when the Obama administration essentially kiboshed the initiative in the Security Council.

P.A. envoy to the U.N. Riyad Mansour confirmed the prospective move, albeit at an undefined date, in an interview with The Times of Israel published on Wednesday in which he argued that the initiative would “save the two-state solution” and even perhaps “help Israel by waking up its leaders to hold negotiations.”

The Israeli government in early 2020 accepted as a basis for talks a comprehensive peace roadmap presented by the United States under then-President Donald Trump, whereas the P.A. rejected the proposal out of hand.

Mansour acknowledged in the interview that the P.A.’s gambit will almost certainly be unsuccessful without support from Washington, which has laws on the books aimed at preventing such an eventuality.

Specifically, the Times cited The Foreign Relations Authorization Act of 1990 that bars U.S. funding “for the United Nations or any specialized agencies thereof which accords the Palestine Liberation Organization the same standing as member states.”

The P.A. is dominated by the PLO—Mahmoud Abbas chairs both bodies—with the latter continuing to be designated as a terrorist group by the United States.

In the event, Abbas in 2012 submitted a resolution to obtain non-member observer status at the U.N., which was overwhelmingly passed by the General Assembly and effectively placed Ramallah on the same level as the Holy See.

While mainly symbolic—only the U.N. Security Council can legally recognize new states—the P.A. has since become a party to dozens of international treaties and conventions, including the Rome Statute, the founding charter of the International Criminal Court.

Mansour claimed that “there will be close to 180 countries, if not more, that will be happy to accept admitting us as a full member state,” adding that the matter had already been discussed with some members of the Security Council, who responded “excitedly.”