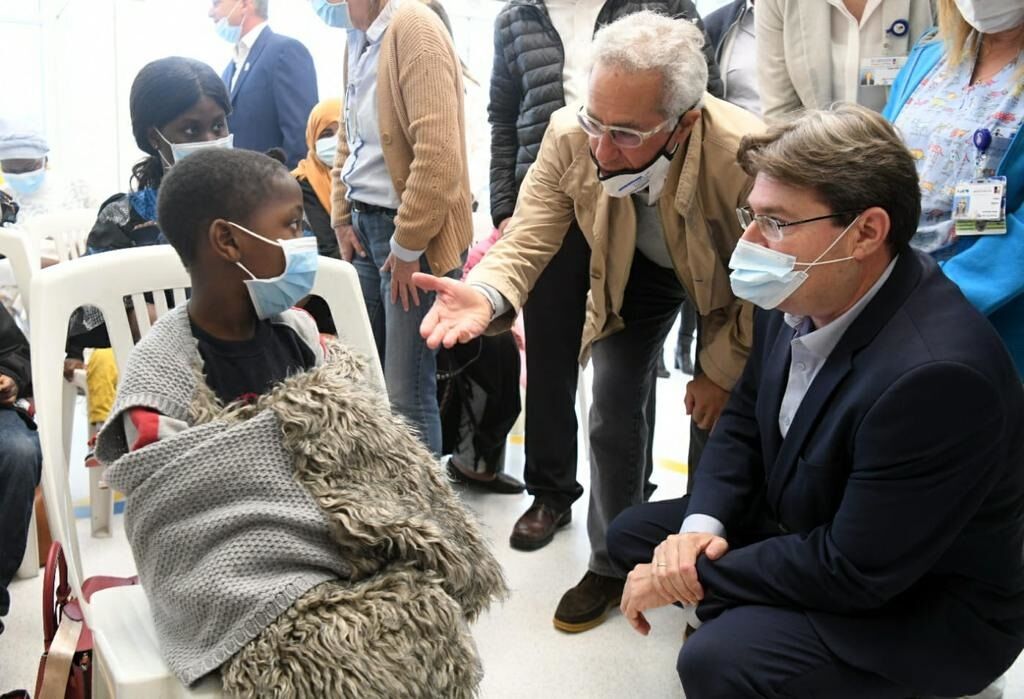 Israel’s Minister of Regional Cooperation Ofir Akunis spoke with children and their mothers, and met doctors from Tanzania, Zambia, Ethiopia and the Palestinian Authority taking part in the program.

Israel’s Minister of Regional Cooperation Ofir Akunis visited the Wolfson Medical Center in Holon on Thursday, as well as the “Save a Child’s Heart” organization, where children from across the Middle East receive life-saving cardiac treatment.

He was accompanied by one of the organization’s main donors, philanthropist Sylvan Adams, as well as by the director of the Wolfson Medical Center, Dr. Anat Engel, together with “Save a Child’s Heart” president Professor Arik Shechner, director of pediatric cardiac surgery Dr. Lior Sasson and executive director Simon Fisher.

Fisher told Akunis about eight children from Iraq expected to arrive in Israel to undergo life-saving heart treatments at Wolfson, funded by the Ministry of Regional Cooperation. “This is very good news,” he said, “and we hope it will open the door to cooperation with other countries.”

The Ministry of Regional Cooperation has supported such humanitarian work since 2010 and has since contributed to the rescue of more than 1,600 children with heart diseases and defects from across the region, including Afghanistan, Iraq, Syria, Morocco, South Sudan, the Gaza Strip and the Palestinian Authority.

On his visit, Akunis also toured the Sylvan Adams Children’s Hospital, which is currently in the last stages of construction, and met children who were brought by a “Save a Child’s Heart” to the Wolfson Center from Zanzibar, Ethiopia, Gambia, Ivory Coast, Romania and the P.A.

Akunis spoke with children and their mothers, and also met doctors from Tanzania, Zambia, Ethiopia and the P.A. who are taking part in the association’s training program in Israel.

He said, “We are in an era of a new Middle East, an era replete with new and significant opportunities for us. The historic peace agreements with the United Arab Emirates and Bahrain are a first step towards normalization with the whole region.”

Caption: Israel’s Minister of Regional Cooperation Ofir Akunis (right) and philanthropist Sylvan Adams visit the Wolfson Medical Center in Holon and the “Save a Child’s Heart” organization on Nov. 26, 2020.
Photo by Shlomi Yosef.