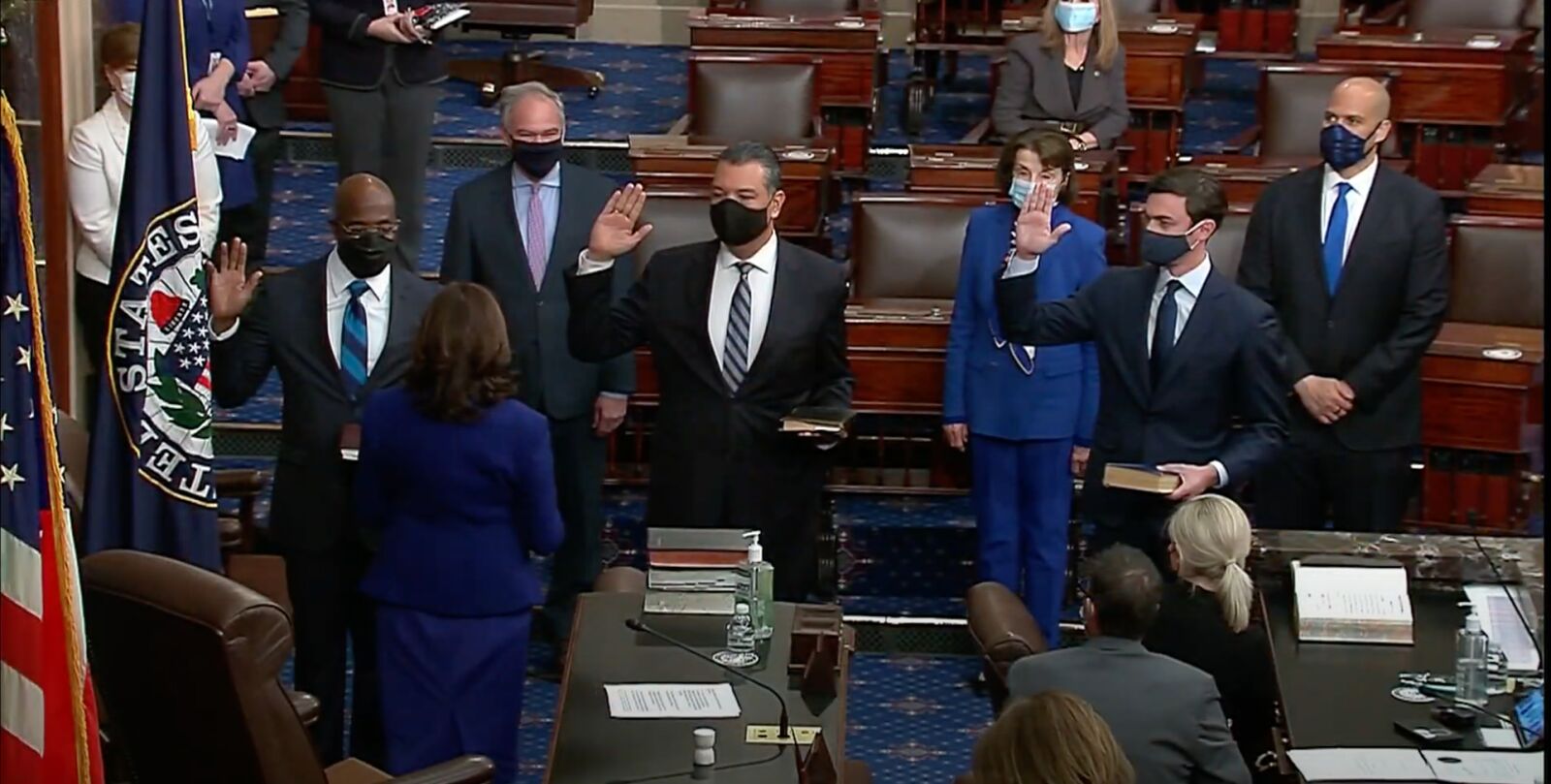 He will serve a full six-year term, while fellow incoming Sen. Raphael Warnock will be up for re-election in 2022.

Jon Ossoff was sworn in on Wednesday as the first Jewish U.S. senator from Georgia.

Taking the oath on a Bible from the rabbi at The Temple in Atlanta, which was bombed by white supremacists in 1958, Ossoff was sworn in along with fellow Democrats Rev. Raphael Warnock and Alex Padilla. Warnock was the first black senator sworn in from Georgia, while Padilla was sworn in as the first Hispanic senator from California.

Ossoff and Warnock defeated their Republican opponents, former Sens. David Perdue and Kelly Loeffler, in the Jan. 5 runoffs in Georgia after no candidate reached the required 50 percent threshold in the Nov. 3 elections.

Warnock and Loeffler ran against each other to finish the final two years of Republican Sen. Johnny Isakson’s term. Isakson retired in December 2019 due to health reasons, and Loeffler was picked by Georgia Gov. Brian Kemp, a Republican, to serve through 2020.

Padilla was picked by California Gov. Gavin Newsom, a Democrat, to succeed Kamala Harris, who was elected the first female vice president of the United States, as well as the first American of South Asian and Caribbean descent.