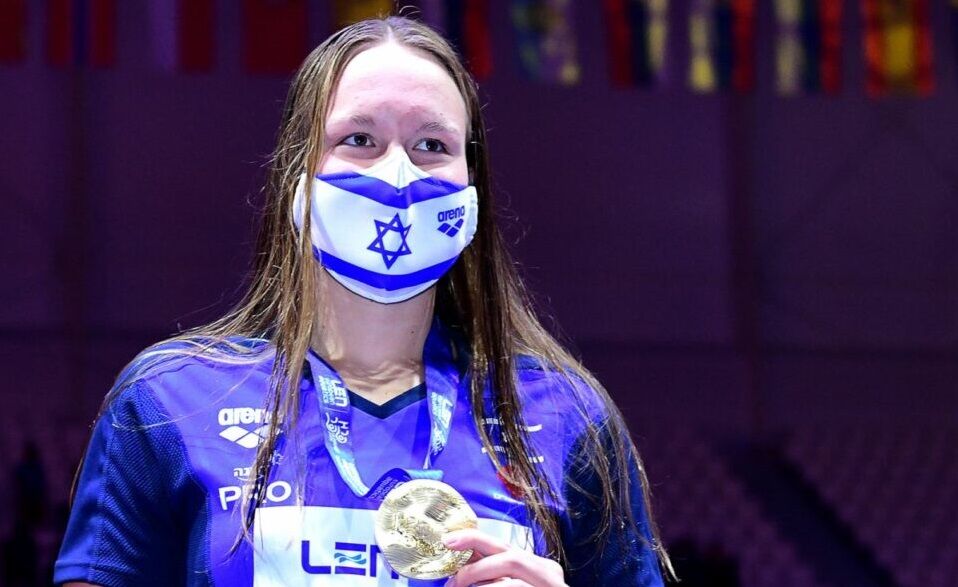 Anastasia Gorbenko came in first in the women’s 200-meter individual medley finals with a time of 2:09.99 minutes.

The 17-year-old took home the top honor at the European Aquatics Championship in Budapest, Hungary.

Gorbenko came in first in the women’s 200-meter individual medley finals with a time of 2:09.99 minutes, which also set a new Israeli record. She reportedly entered the competition with a lifetime best of 2:11.92, which she swam at the 2019 World Championships and which stood as the Israeli record until Saturday.

In second place was the United Kingdom’s Abbie Wood, with a time of 2:10.03 minutes, followed by Hungary’s Katinka Hosszu, who finished just seven hundredths of a second later. Gorbenko’s win on Saturday ended Hosszu’s winning run of five straight titles, according to Swimming World magazine.

Alluding to the recent conflict with Israel and Hamas in the Gaza Strip, after her win, Gorbenko said: “It’s hard to take in, but I’m really happy. I’m very surprised, realizing it slowly. I’m really proud of myself for proving that we’re a very strong country. It was important to me—not for myself, but for the country and what is happening there—because I can’t be with my friends and family at this difficult time. Being the European champion with the Israeli flag makes me proud.”

Gorbenko will compete in the Tokyo Olympics this summer, reported The Times of Israel.

For Sale in Rehavia, next to the Great Synagogue