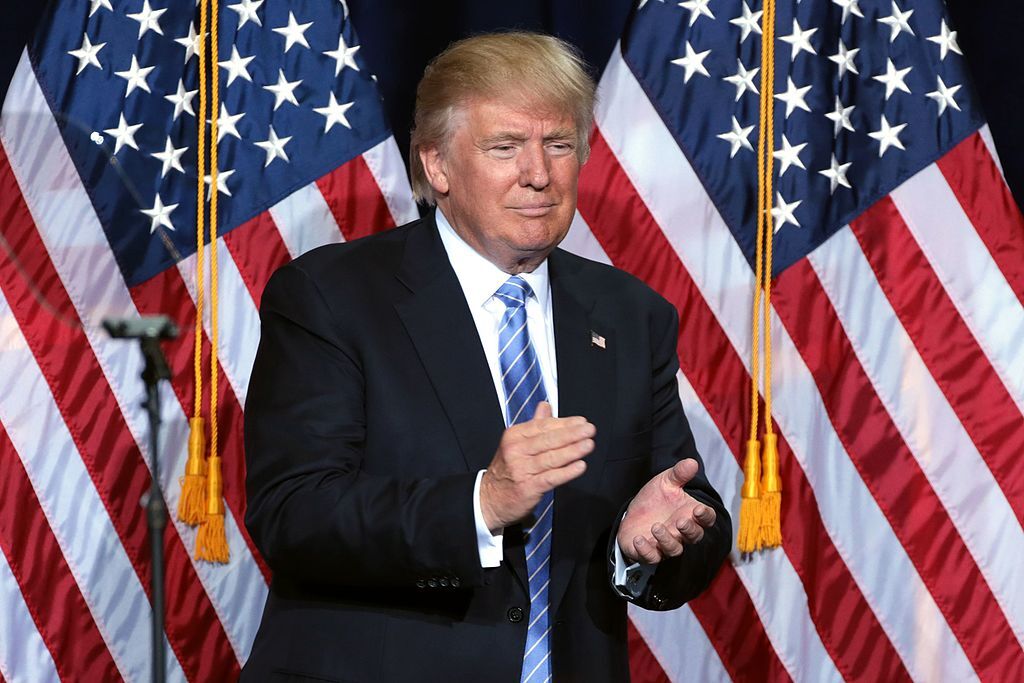 Multiple reports are coming in from varied sources that even if he should not emerge victorious in his legal efforts to prove election fraud, he remains undaunted and fully intends to run again in 2024. And in his characteristic fashion, the announcement will coincide with Joe Biden’s inauguration on January 20, should he have one.

A report in the Daily Beast on Saturday stated that even though President Trump has not conceded in the current canvassing of ballots cast for the 2020 presidential election, he is already making plans to run in 2024 should he lose. The Daily Beast cited three people familiar with the conversations who claim the president has gone so far as to begin planning his 2024 campaign in detail. Though decidedly unsupportive of the president’s future aspirations in its presentation of the story, the Daily Beast said the president had already considered the timing of the announcement and had already reached out to prominent donors.

The Daily Beast did not receive a response to the story from the White House but a report in Fox News claimed the story had been confirmed by their chief White House correspondent John Roberts.

Similarly, Bloomberg reported on Thursday that during an Oval Office meeting earlier this month between Trump, National Security Adviser Robert O’Brien, Vice President Mike Pence, and Secretary of State Mike Pompeo, the president said that if his legal efforts to combat election fraud were unsuccessful, he planned to run in 2024. It was reported that the people at the meeting as well as many staffers expressed their full support and intent to remain with him in his future efforts.

Business Insider reported that Mick Mulvaney, Trump’s former acting chief of staff, suggested this possibility even before the election, telling the Institute for International and European Affairs think-tank, “Now, I think folks are starting to realize that if Donald Trump loses, he might be the guy” to run in 2024, and “I’m telling you absolutely.”

The possibility of a 2024 run was reinforced last week when Trump endorsed Republican National Committee chair, Ronna McDaniel, to stay on in her position. Such an endorsement is considered unusual for a president who has just lost a bid for incumbency and has no intentions to run again.

The president was asked by reporters about this possibility last week but responded that he doesn’t “want to talk 2024 yet.”

STILL STRONGER THAN EVER

According to a POLITICO/Morning Consult poll of registered voters released last week, Trump would garner support from 53 percent of Republicans and Republican-leaning independents for a hypothetical 2024 Republican primary. Pence came in second at only 12 percent support. Donald Trump Jr. got the third-highest support at 8 percent, while other Republican figures, including Sens. Tom Cotton, Ted Cruz and Mitt Romney, and Nikki Haley each got less than 5 percent support.

ThoughTrump’s reported 74 million votes was not enough to beat the 80 million votes Biden reportedly garnered in the election, it was more than any other presidential candidate in history including Barack Obama’s 69 million and 66 million in 2008 and 2012 respectively, and Hillary Clinton’s 65.8 million in 2016. In 2020, President Trump garnered ten million more votes than he did in 2016.

It should be noted that the Twenty-second Amendment to the Constitution limits to two the number of times a person is eligible for election to the office of President. This applies even if the terms are non-consecutive.