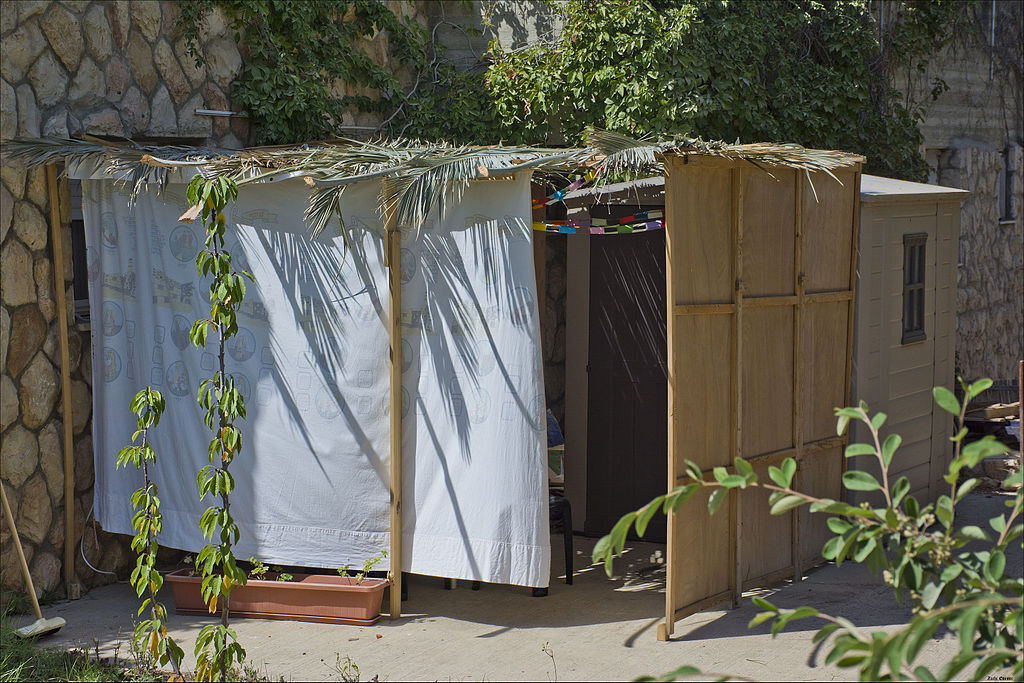 The Etrog is undoubtedly the most beautiful of the Four Species; it is even required to be beautiful, as is hinted in its very name ‘hadar’, also meaning ‘beauty’. People spend huge sums of money on the Etrog, in contrast to the other three cheaper species. It is the species with both taste and smell, representing people with both mitzvot and good deeds.

The Rosh Yeshiva of Yerucham, Rabbi Uriel Eitam, presents an eye-opening explaination of the Four Species.

‘You shall take for yourselves on the first day a fruit of the citron tree, a palm from a date palm, and a branch from the plaited (myrtle) tree, and willows of a stream. And you shall rejoice before Hashem.’ (Vayikra 23:40)

In the verse describing them, not only is there a botanical description of each species (citrus, date etc), but there is also a description of which specific part of that plant must be taken. The fruit of the… the palm or trunk of the… the branch of the… For the Arava, the Torah states that they must be willows that grow in a stream, representing the connection of the plant to the water. This is through the roots of the willow.

Indeed, willows are known to have particularly strong roots. Thus, when taking the Four Species, we are essentially collecting four of the main components of a tree: the roots, the trunk, the branches and the fruit. By tying these species together, we are in essence creating a new tree, composed of different parts of choice plants.

The Four Species are essentially one, unified super species. It is for this reason that the blessing is on the Lulav, for the spine of the tree is the central, main part of a tree. We are displaying our gratitude to Hashem in all areas of the agricultural process.

The second name for the festival of Sukkot is ‘Chag ha’Asif’, the Festival of Gathering. This is referring to the joy at the end of the agricultural year, when the produce is finally collected and brought home. Interestingly, this name is only mentioned in the Torah by the mitzva of the Four Species, but not by the mitzva of Sukkah. What is the connection between the gathering of the produce and the Four Species?

When picking the produce from the fields and rejoicing at the fruits of one’s labour at home, there is a likelihood that one will come to forget the process that led to the fruit. The roots of the tree that provided water and stability for the growth of the fruit fall into insignificance; the branches of the tree that extended their arms to nurture and present the fruit to the farmer are forgotten outside. We only look at the fruit; we only care about the ‘beautiful Etrog.’ Thus, Hashem commands us to remember the process by which the fruit came about. The Etrog may be the fruit of our Lulav, but we cannot forget the process that preceded the fruit, the hard work of the past year. It is for this reason that the Lulav, Hadas and Arava are taken in the stronger hand.

In fact, on Sukkot we begin saying ‘Mashiv haRuach u’Morid haGeshem’, reminding us that God is the source of our rain, and ultimately the growth of all of our produce. It is this loving partnership of God’s blessing of rain and man’s labour that results in the fruits on our table. So enjoy, and Chag Sameach!