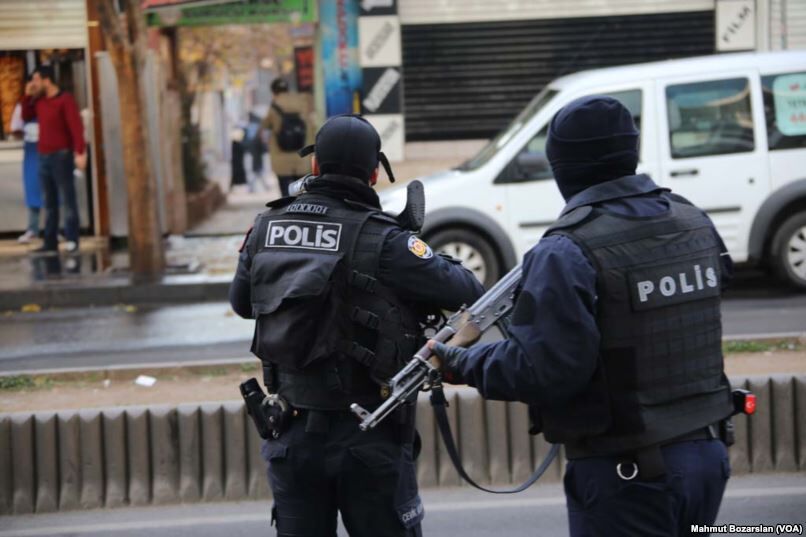 Turkish media outlets report that 200 members of the country’s security forces participated in the arrest raid.

Turkish media outlets on Thursday reported that 15 individuals had been arrested on suspicion of spying for Israel, following a large-scale operation by local security forces. According to local reports, 200 members of the Turkish security forces took part in the series of arrests.

While Turkish media outlets did not reveal the alleged spies’ country of origin, they did note their Middle Eastern appearance. According to the reports, the agents transferred confidential information and classified documents to the Mossad intelligence agency.

The agents were spying on senior Hamas officials, according to the reports.

Last year, Turkish President Recep Tayyip Erdoğan’s government bolstered its already warm relationship with the Hamas terrorist group by granting Turkish citizenship to senior Hamas members, U.K. newspaper The Telegraph reported. The move would allow them to travel freely and enable them to plot terrorist attacks on Israelis across the globe.

According to the report, seven of 12 Hamas operatives who use Turkey as their base of operations have received Turkish citizenship, as well as passports, while another five are in the process of receiving them. In some cases, the Hamas terrorists are living under Turkish aliases.

“These are not foot soldiers but the most senior Hamas operatives outside of Gaza. [They] are actively raising funds and directing operatives to carry out attacks in the present day,” a senior source in the region told The Telegraph.

“The Turkish government gave in to pressure by Hamas to grant citizenship to its operatives, thereby allowing them to travel more freely, endangering other countries that have listed Hamas as a terror group,” the source added.