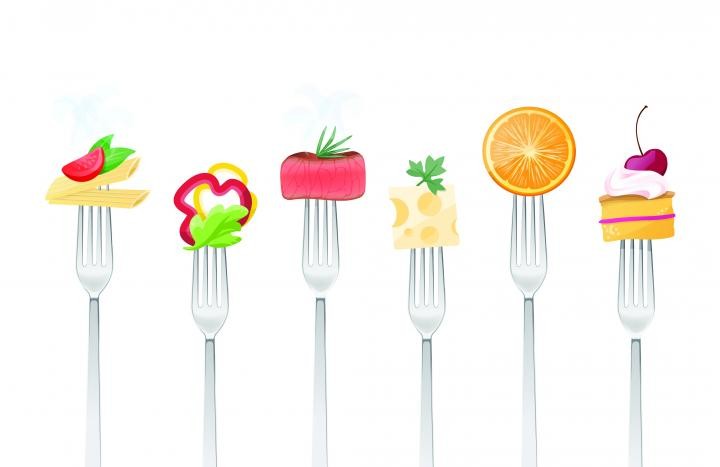 An 80-year-old woman—let’s call her Shlomit—came to me complaining of a cough that started during the winter and had persisted for three entire years. She had seen an assembly line of doctors and tried various medications, but nothing helped. After conventional medicine had failed her, she turned to me.

I conducted a simple health interview, and during my questioning, she informed me that she had a lot of moisture in her throat that she couldn’t get rid of.

I explained to her that in this case, the cough is not the problem—it’s the solution.

Her eyes opened wide and she said, “How can it be the solution, if it’s causing me so much suffering?”

Our wise Sages teach that we should avoid speaking while eating, lest the food accidentally enter the windpipe instead of the esophagus and choke us. This is where coughing enters the picture: the cough is a tool our body uses to expel materials from our lungs or windpipe that interfere with our breathing. There is a section of our brain stem devoted to this reflex. So if something enters our windpipe by accident, our bodies naturally and automatically respond by blowing air quickly from our lungs in sharp blasts—that is, coughing—to expel the foreign object and clear our airways.

There are various medications on the market called “cough suppressants,” and some of them work by affecting the area of our brain responsible for coughing. That way, the patient may stop coughing, but this is not because the problem was solved—it’s because the symptom was shut down. This is like disabling the bulb of an illuminated warning light on your car’s dashboard. Yes, you may no longer see the warning, but does that mean the problem has been solved?! Of course not!

Therefore, if Shlomit is coughing, we must figure out what it is that her body is trying to get rid of. As mentioned, it turned out that she had excess mucus in her throat that was constantly stimulating the coughing mechanism in her brain—but the issue was that the mucus wasn’t coming out.

There are medications and herbs that thin the mucus so the coughing is more effective. That might be helpful to Shlomit, but if the problem is that the body is producing too much mucus anyway, is thinning it really going to solve the problem? That leads us to the question:

What Is Mucus and Why Does Our Body Produce It?

Here another surprise awaits us: just like coughing, mucus and runny noses are not illnesses that we must fight; they are solutions.

Our body produces mucus for two purposes: to lubricate surfaces, allowing materials, such as food, to pass through our organs smoothly and without hurting us; and to catch pathogens and harmful materials and remove them from our bodies.

In the latter case, expelling the mucus helps us get rid of waste that has entered the body, such as allergens, which irritate the membranes. It could be that various waste materials have built up in the body and set off an immune reaction that made the body excrete mucus. This reaction may not be pleasant, but it is certainly good for us, as the alternative is for the waste to stay within the body—and that can lead to infection and other more serious conditions.

In light of this, a real solution is to avoid contact with irritating substances as much as possible. Pollution, smoking, unhealthy diets and various chemicals might be the culprits. Sometimes, the waste builds up in the body itself when the digestive system is not functioning properly and not breaking down the food as much as it should.

In Shlomit’s case, it was clear that we needed to adjust her diet: to avoid foods that irritate the mucus membranes, and thus allow the membranes to heal, while ingesting other foods that would facilitate healing and promote her overall health. Therefore, I recommended that Shlomit avoid consuming dairy products, processed wheat products, and other foods that are known to cause irritation, and to instead base her diet on fruit, vegetables, almonds and other nuts, high quality grains and more.

Shlomit took my advice, and after around two weeks, the coughing began to lessen. After around three weeks, Shlomit felt an 80% improvement, and this continued for about five weeks. Because her improvement did not seem to progress from there, despite the fact that she made a dramatic change in her diet and was eating very healthfully, we met to discuss what might be hindering complete healing. We went over the list of foods she was eating, and I noticed that nuts featured prominently in her diet. Most nuts can also cause excess mucus in people who are sensitive to them, so I suggested increasing her intake of almonds and avoiding other types of nuts. She did, and her condition improved even further and her coughing stopped almost completely.

Eliyahu Shechter is a naturopath with 15 years experience. Among the techniques he uses are Sujok and iridology. Eliyahu sees men, women and children at his clinic. He also lectures at various colleges and to the general public.

For more information or to book an appointment, you can reach Eliyahu at 052-890-3822 or [email protected]  or visit his website www.reoot.co.il.

Get Moving: How to Enhance Your Ability to Enjoy Life in the Golden Years

Behind the Frame, Beyond the Eyes