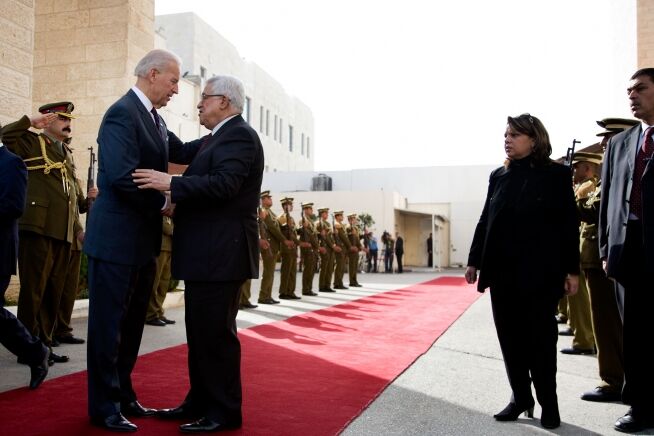 In an interview on official Palestinian radio, Fatah Deputy Chief Mahmoud al-Aloul said the understandings are related to the measures that must be taken on the political level and regarding future of relations with Israel, but he offerend no details.

“We will not rush to judge and talk about these understandings in light of the remaining risks from the current U.S. administration,” al-Aloul said, adding that the Palestinian leadership is monitoring President Trump’s decisions until Biden is sworn in on January 20.

Al-Aloul also said the Palestinians will be working to “confront attempts to liquidate the Palestinian cause” while Trump is still in office, the report said. Palestinian leaders are quietly furious that two Arab countries abandoned the previous Arab policy of refusing to recognize Israel until a Palestinian state is created.

Immediately following the Nov. 3 election in the U.S., it was reported that officials under Palestinian leader Mahmoud Abbas had reached out to Biden in order to try and restore the relations they severed after Trump cut off U.S. funding to the Palestinians and ordered the PLO office in Washington closed.

Israel’s Kan News reported that Abbas sent several messages to the Biden team saying the Palestinians would be ready to make major changes, including, for example, a review of Palestinian textbooks in response to accusations they include incitement against Israel and changes to the pay-for-slay program under which the Palestinian Authority pays regular stipends to the families of convicted terrorists, including those involved in multiple murders of Israelis.

The Palestinian Authority is expecting in return that the Biden administration will resume funding – especially to the United Nations Relief and Works Agency (UNRWA), which is a major employer; allow the PLO Washington office to reopen; and reopen the U.S. consulate in the eastern side of Jerusalem that Trump had closed so that all visa requests had to go through the U.S. embassy in Jerusalem.

Following the apparent Biden victory over Trump, the PA announced last week that it was renewing security coordination with Israel and would resume accepting tax money transfers.