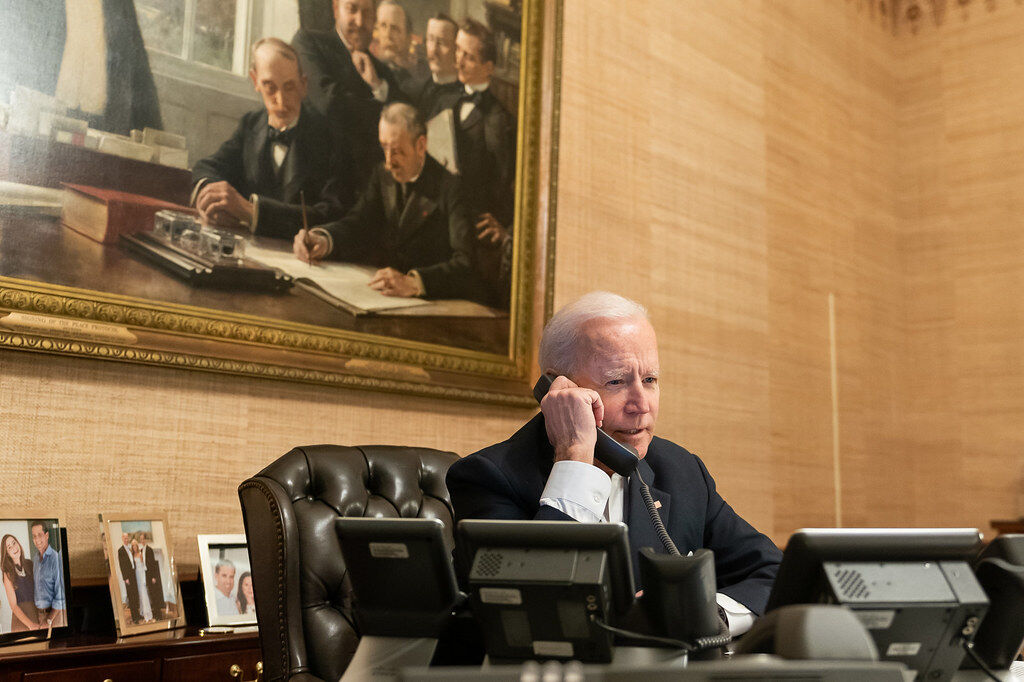 “My expectation and hope is that this will be closing down sooner than later, but Israel has a right to defend itself when you have thousands of rockets flying into your territory,” said the president.

U.S. President Joe Biden spoke with Israeli Prime Minister Benjamin Netanyahu on Wednesday, where he double-downed on his “unwavering support” for Israel’s security amid more than 1,300 rockets fired on the country from terrorist factions in the Gaza Strip.

According to a readout of the call from the White House, Biden “condemned the rocket attacks by Hamas and other terrorist groups, including against Jerusalem and Tel Aviv.”

Furthermore, it said that the president “conveyed his unwavering support for Israel’s security and for Israel’s legitimate right to defend itself and its people, while protecting civilians.”

It also noted that Biden encouraged a pathway towards restoring “a sustainable calm.”

“He shared his conviction that Jerusalem—a city of such importance to people of faith from around the world—must be a place of peace,” in reference to the riots earlier this week on the Temple Mount.

Biden also updated Netanyahu on diplomatic efforts with regional partners, including Egypt, Jordan and Qatar, as well as with Palestinian officials.

Prior to the release of the readout, Biden spoke to reporters, stating he hopes that the conflict will end soon.

“I had a conversation with Bibi Netanyahu not too long ago,” said Biden. “My expectation and hope is that this will be closing down sooner than later, but Israel has a right to defend itself when you have thousands of rockets flying into your territory.”

Earlier on Wednesday, U.S. Secretary of State Anthony Blinken spoke with Netanyahu as well. He, too, stood by Israel’s right to protect itself from rocket fire and announced that the United States would be sending Deputy Secretary of State Hady Amr to the region to facilitate efforts to end the conflict.

Since hostilities began on Monday, the Biden administration has continued to back Israel’s right to self-defense. Nevertheless, some have been arguing that the administration needs to be engaged more in the region and criticized Biden’s overtures towards Iran, a key sponsor of Palestinian terrorism.

Congress members, including leaders on both sides of the aisle, have also strongly backed Israel’s right to self-defense amid the rocket fire. Some progressives in the Democratic Party, however, have been strongly critical of Israel’s attacks on Gaza and in Jerusalem.