Jul 22, 2021 | News | Other | People | International
His basketball chapter may be over, but Omri Casspi’s next story has yet to be written 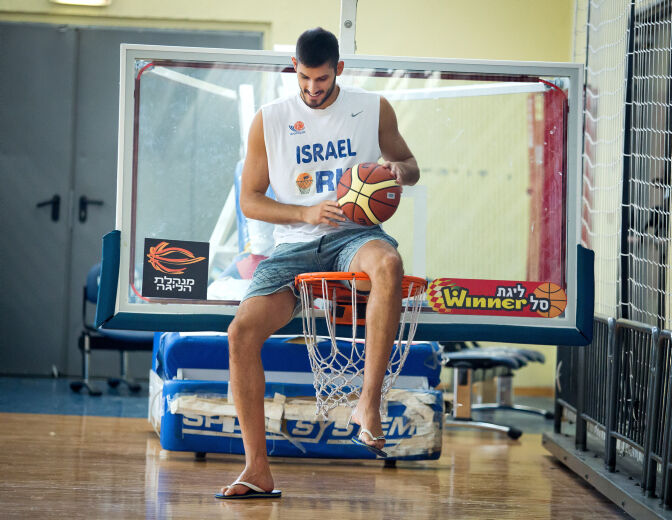 In addition to his ability to roll with the punches through numerous trades in his NBA career—the first for an Israeli—Omri Casspi will be remembered as a goodwill ambassador for Jewish and Israel causes.

When Israeli basketball player Omri Casspi announced his retirement from professional basketball this week, fans and colleagues in the United States, Israel and the world of sports management were somewhat sad and a bit disappointed, though they weren’t totally surprised. Casspi, 33, the first Israeli drafted in the NBA, played 10 seasons with an assortment of NBA teams before returning to Israel to finish out his career where it all began—with Maccabi Tel Aviv. He has been suffering from a knee injury, which prevented him from being on the court for much of the last season.

At a press conference on Sunday, Casspi reflected on his career. “Basketball gave me a lot,” he said. “I’ve reached the highest heights—playing against LeBron James and Kobe Bryant, going to the White House. I worked very, very hard to achieve what I achieved, and I’m leaving with a sigh of relief and very great satisfaction.”

The 6-foot, 9-inch forward made his professional debut in 2005, at age 17, with Maccabi Tel Aviv. In June 2009, Casspi was selected by the Sacramento Kings as the 23rd overall pick. He played for the Kings twice and did stints with the Cleveland Cavaliers, Houston Rockets, New Orleans Pelicans, Minnesota Timberwolves, Golden State Warriors and the Memphis Grizzlies. While he was cut by the Warriors during their 2017-18 championship season, the team did present him with a championship ring.

In addition to his ability to roll with the punches through numerous trades in his NBA career, Casspi will be remembered as a goodwill ambassador for Jewish and Israel causes. He attended Jewish and Israel events in the many communities in which he played, and he stayed after games to sign autographs and pose for selfies with any child who requested one. He also brought NBA and WNBA players, as well as other celebrities, to Israel to see the country, pray at the Western Wall and eat authentic Israeli food prepared by his mother. He runs the Omri Casspi Foundation, which sponsors these trips with the aim of showing the world what Israel is really like.

In 2017, Casspi was one of seven athletes chosen to participate in the torch-lighting ceremony of the Maccabiah Games in Israel.

‘The way he carried himself was very special’

Liron Fanan, a close friend and colleague of Casspi’s from the world of basketball in both Israel and the United States, worked hard to collect her thoughts about his big announcement before sharing them on Facebook:

“Took me a while to find the right words for this post … this is way more than basketball. @omricasspi18 your journey is an inspiration. Your hard work, dedication and toughness are the true definition of motivation. Your passion for the game made you dream big. You made it to the highest level and inspired others to work hard, believe and dream as well. I want to thank you and your family for allowing me to be a part of the family and this incredible journey. … The trips, the people and all the adventures we experienced together. The things we dreamed of and made a reality. You pushed me to go harder and you are a big part of where I am today. This is just the start of a new chapter in your journey, and I can’t wait to see the next adventure … .”

Fanan is currently director of player development and a scout for the Canton Charge, affiliated with the Cleveland Cavaliers. When she left her distinguished career with Maccabi Tel Aviv many years ago and wasn’t sure what next to do in the basketball world, she reports, “I was lucky enough to be close to Omri, and started working with him and managing him. I connected him with his American agency and managed everything he did off court on the marketing side, and in his personal life. I did that for 10 years.”

Through her work with Casspi, Fanan decided to start her own agency, 2Talent Sports Management, where she served as an agent and player services professional. In that capacity, she placed 48 players in Europe each year, signing them to teams and handling all of their needs. Clients of note have included Amar’e Stoudemire, Kostas Papanikolau, Donta Smith and Shawn James.

In a video statement, NBA Commissioner Adam Silver wished Casspi well. “Congratulations on a fantastic NBA career. Of course, you were the first player from Israel to play in this league and everyone in Israel is aware of that, but you’re not the last, of course. Many players have learned from you and followed in your footsteps. I know you will continue working with us at the NBA. You have so much to offer the game.”

And, being that he is only in his early 30s, the world as well. The Jewish, Israeli and basketball worlds eagerly await news of Casspi’s next pursuit.