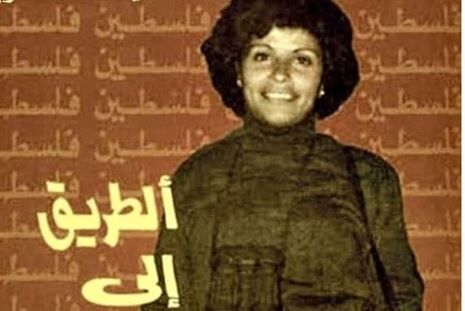 As it does every year, the Palestinian Authority marked Palestinian Martyrs’ Day (Jan. 6) with events and activities glorifying terrorists who killed Israeli civilians and soldiers, and the ethos of “armed resistance” against the Jewish state.

This year the P.A.’s Higher Council for Youth and Sports, headed by Fatah Central Committee Secretary General Jibril Rajoub, marked the day by launching a commemorative tree-planting project sponsored by P.A. leader Mahmoud Abbas. At the opening ceremony in Ramallah, attended by Palestinian officials, trees were planted for terrorists like Palestinian Islamic Jihad Secretary-General Fathi al-Shaqaqi; Dalal al-Mughrabi, who participated in the Coastal Road Massacre, and Bilal Adnan Rawajba, a Palestinian Preventive Security officer who carried out a shooting attack in November 2020.

In addition, the P.A. press and Fatah’s social media pages published statements and articles praising the terrorists and presenting them as sources of pride and emblems of Palestinian liberty.

Fatah also posted to its official Facebook page an image of “The martyr Dalal al-Mughrabi” on her birthday, Dec. 29, captioned “The Road to the Homeland.”

Fatah: Killers of Israeli soldier are the pride of the Palestinian and people

On Martyrs’ Day, Fatah also marked the 39th anniversary of the incarceration of the cousins Karim and Maher Younis, who abducted and murdered Israeli soldier Abraham Bromberg in 1980. Karim Younis, called “the eldest of the prisoners,” is a leader of the Palestinian prisoners in the Israeli jails and is venerated by the P.A.; in 2017 he was even elected to Fatah’s Central Committee.

On Jan. 6, as part of Fatah’s and the PLO’s ongoing policy of honoring the cousins in various ways, Fatah’s Revolutionary Council published a statement reading:

“The Fatah Revolutionary Council praises the history of honorable struggle and legendary steadfastness of the prisoners Karim and Maher Younis, on the 39th anniversary of their imprisonment … After such a long time behind bars, they are considered to be the longest-serving prisoners in the world.

“The Council stresses that the sacrifice and steadfastness of Karim and Maher Younis, and their commitment to their courageous positions and to the values and principles of the [Palestinian] revolution and of the national prisoners’ movement, are an emblem and source of pride, esteemed by the [Palestinian] leadership, by all sectors of our people and by all the freedom-lovers in the world…

“The Council demands the immediate intervention of the international community to bring about their release … [for] releasing them is a moral and legal responsibility of the international community and one of the top priorities for the [Palestinian] people and for President Mahmoud Abbas. [Fatah’s] Revolutionary Council has promised its imprisoned member Karim Younis and the imprisoned commander Maher Younis—who are a source of pride for Fatah—and all of our brave prisoners that the [Fatah] movement will follow the path of the martyrs and prisoners and will not stray from it until victory is achieved.”

“Emblems of freedom and sacrifice”

An article published by the P.A.’s official news agency WAFA on the occasion of Martyrs’ Day stated: “Today the Palestinian people marks [Martyrs’] Day everywhere by visiting the martyrs’ graves, placing wreaths at their monuments, and holding mass rallies and marches.

“The martyrs are the pride of our people, emblems of freedom and sacrifice. They are the undying stars in our firmament. They, who perfumed our land with their red, fragrant blood, are the most honorable of us all. They are a testament to the terrorism and crimes of the occupation, and to our rights that will never expire.”

“Jesus was the first Palestinian martyr”

In a Jan. 7 article, Fatah Revolutionary Council member Muwaffaq Matar, who writes for the P.A. daily Al-Hayat Al-Jadida, drew a connection between Martyrs’ Day and Christmas, which falls on Jan. 7 according to the Julian calendar. He called Jesus “the first Palestinian martyr,” writing: “The martyr’s physical body disappears forever, but his spirit shines upon us every morning and he [remains] very close. The martyrs are suns, guiding stars, lighthouses that show us that this is the homeland and that every part of it is a safe haven [for us].

“The martyrs are heroes who fought and struggled for our sake. They are forever engraved in our memory, our heart, our soul and our mind. They sacrificed [their lives] to arouse our honor and pride and so that we prevent the tyrants from taking over our present and future…

“O [our] martyr, Jesus son of Mary, glorious messenger, and the [other] eternal martyrs of glorious Palestine! How sacred is your [memorial] day … Two eternal days coincide: the birthday of the messenger of peace and love, the glorious Jesus son of Mary … and the day on which we [remember] the names of the heroes of this land who sacrificed [their lives] so that we can live. They are martyrs one and all.

“[Jesus] the Messiah, the first [Palestinian] martyr … taught us that love and peace are the way, that life is full of goodness and we must seek it until the very last moment. The martyrs taught us how to enshrine the homeland forever in the heart of its people.”