Sep 05, 2021 | News | Opinion | Other | Religious | National
The military-service exemption for ‘haredim’: A small hope for change at a steep price 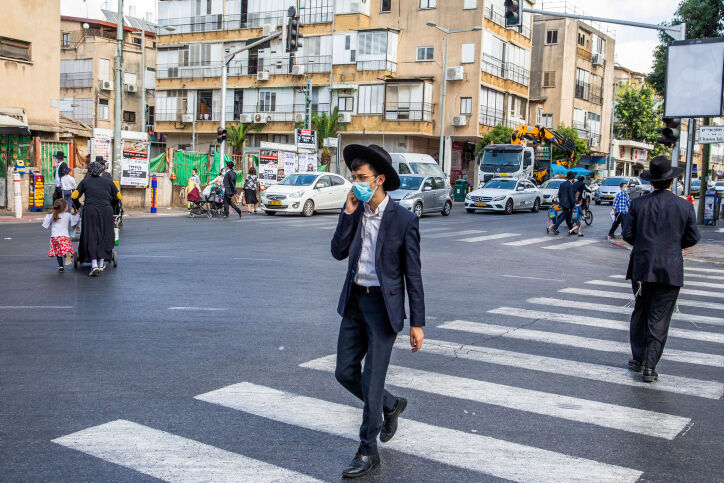 On the way to the recruitment center, every young Israeli will be asking him- or herself: What makes the blood of the exempted "haredim" more precious than mine?

Last week, the Israeli government approved lowering the military-service-exemption age for haredim to 21. This amounts to a full exemption from service in the Israel Defense Forces.

The rationale for this dramatic move is the hope that it will lead to the increasing integration of haredi men into the labor market. However, an examination of the current state of the haredim and their attitude towards work reveals that the chances of something changing are very small.

On the other hand, the price that Israeli society will pay for this assault on equality and further erosion of an already declining willingness to serve, is great. The only way this dramatic development will have positive results of any kind is if it is accompanied by additional policy measures promoting haredi integration. But these are nowhere in sight.

Basic data from the State of Israel on haredi integration into society are troubling. About 1,800,000 haredim live in Israel, most of them beneath the poverty line. The share of haredi men who work is 52 percent—drastically lower than that of other Jewish men (87 percent). The wages earned by working haredi men are very low, amounting to 56 percent of the incomes of their non-haredi counterparts.

Given the very high haredi birth rate (6.6 children per woman), and a young population whose median age is 16, the economic significance for the state today is nothing compared to the challenging future that awaits us. It is clear, therefore, that integrating haredi men in the workforce is urgent.

At the end of 2019, there were 91,000 avrechim (married yeshiva students) in Israel, 76 percent of whom had full exemptions from military service. Despite this, they have, over the last decade, continued, and still continue at growing rates, to occupy kollel benches rather than work.

Moreover, an attempt to significantly reduce the exemption age to 22 was made in 2013, with only a marginal impact on haredi men joining the labor market. The choice of half of haredi men not to work is both ideological and stems from a rigid communal regime.

But it also has a significant economic incentive. In recent years, the state has been generously funding this lifestyle.

According to a Ministry of Finance study, a haredi male who leaves the kollel and goes to work loses monthly state benefits in the amount of 5,400 shekels ($1,687). Due to his low labor-market skills, the average wage he can earn outside the kollel is only slightly higher than what he “earns” as an avrech. In this reality, the exemption from IDF service is only a marginal incentive in the haredi man’s set of considerations for going to work.

In exchange for a small future chance of increasing the participation of haredi men in the workforce, Israeli society will pay an immediate and heavy price in equality and security for full haredi exemption from military service. While the coddled avrech can do whatever he wants when he exits the hallowed walls of the yeshivah, the rest of Israel’s Jews are obligated to serve—and their service term was extended by four months on the very day that the haredim were handed their exemption.

While the avrech prays in his beit midrash (house of study) and sits safe and sound in his home, some of his peers, in regular or reserve service, will be standing guard, and when ordered will shed their blood for his protection.

For many years, willingness to serve in the IDF—particularly in combat units—has been declining. There are many reasons for this trend, but there is no doubt that the haredi exemption will exacerbate it.

If even today the IDF is only “some of the people’s army,” and service in it only an option, the official declaration that a substantial percentage of the population has no conscription obligation will only further worsen the situation. On the way to the recruitment center, every young Israeli will be asking him- or herself: What makes the blood of the exempted haredim more precious than mine? In the face of intensifying security threats, the exemption jeopardizes the foundation of values on which the IDF rests today, and may hinder both the army’s capabilities and society’s resilience.

Israel is posed with a cruel dilemma. Attempts to recruit haredim have so far failed miserably. The haredim do not participate in the Israeli economy and are not fulfilling their potential; significant government action is therefore required. But in order for the military- service exemption, with all its costs, to “pay off” in the future, the government would have to supplement it with a series of steps that would indeed change the situation: Making a full high-school education for haredi men a condition for future exemption; reducing to nearly zero the state subsidy for the haredi lifestyle of Torah study instead of work; and affording haredi men opportunities for quality employment.

The full haredi exemption from IDF service drastically harms equality and may undermine national security. As a single step, it is meaningless and will not bring about change. If the government wants to integrate the haredim into Israeli society, it must adopt a set of policy measures that only as a whole can achieve change, and may, perhaps, in the future, justify the draft exemption.

Dr. Shuki Friedman is the vice president of the Jewish People Policy Institute (JPPI) and a lecturer of law at the Peres Academic Center.