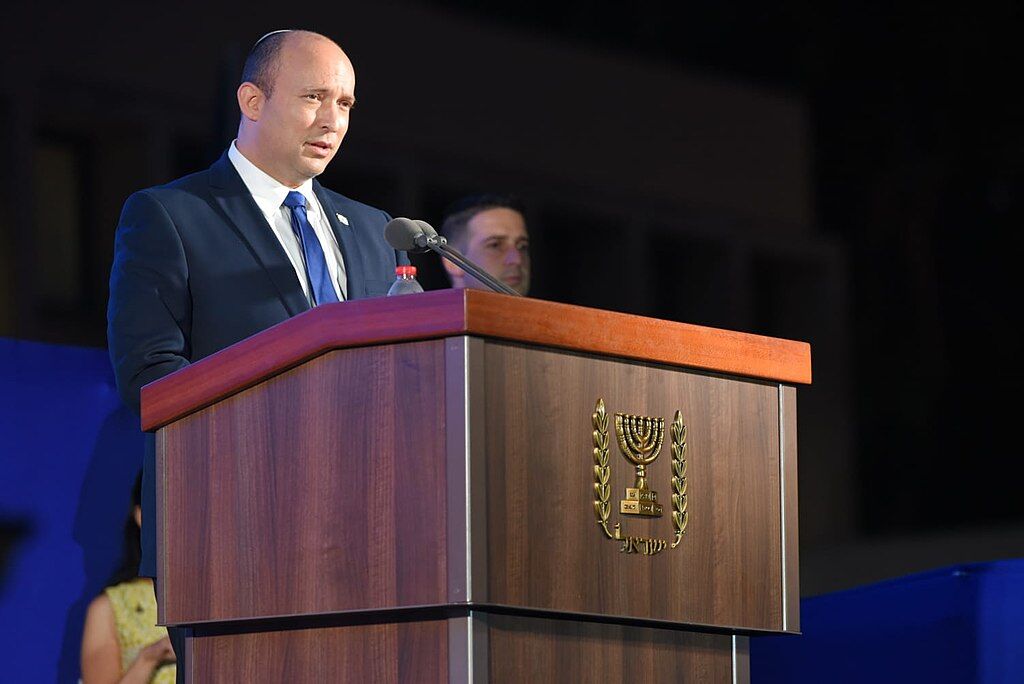 Outgoing Prime Minister Naftali Bennett warned the Hamas terror group that attacks would not be tolerated, as Israel’s government moves into caretaker mode.

“We are in a period of political instability, but the security stability we have created must remain,” Bennett told reporters on Wednesday.

“I would not advise anyone on the other side to try and challenge Israel’s security stability.”

Analysts have suggested that Hamas and other Gaza-based terror groups may leverage Israel’s political upheaval for an offensive against the country, which could be paralyzed by a temporary government perceived as unable to retaliate.

With U.S. President Joe Biden slated to visit Israel in mid-July, the Israeli government has put off moves, such as issuing permits for Jewish building in Judea and Samaria and other points of friction with Washington.

Terror groups could also use this period to launch attacks, knowing that ahead of Biden’s visit, Israel’s response will likely be muted.

Hamas spokesman Fawzi Barhoum celebrated the collapse of the government on Monday, telling Palestinian media that the early elections signaled “the Zionist regime’s weakness” and “fragility.”

During a cabinet meeting on Sunday, before he announced that his coalition was planning to disperse, Bennett said that Israel had established a “zero tolerance” policy for Gaza-launched rockets under his watch.

“When this government was established, we changed our policy towards Hamas, in several dimensions,” he was quoted as saying by Hebrew language media reports.

Bennett noted that this year had been the quietest for residents of Israel’s south, with just a handful of rockets fired from Gaza, in over a decade.

“Unlike in the past, we are not making excuses for the terrorists,” he added.