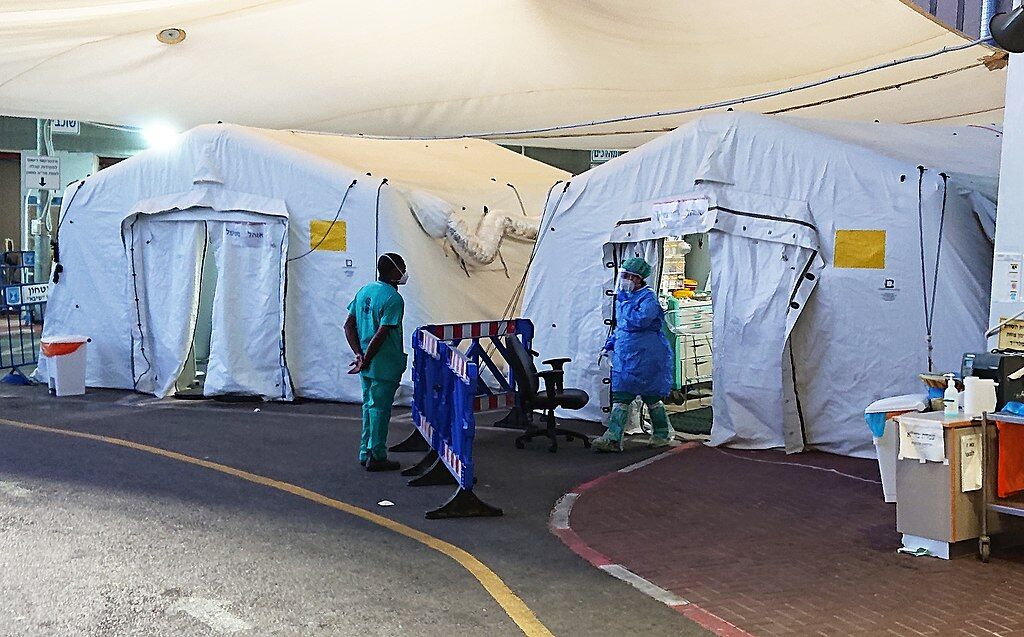 The vaccination certificate program has been a point of conflict since the start of the fifth wave and especially in recent weeks, as the country has sent around 10% of students into isolation.

Israel’s “Green Pass” system is no longer relevant given the infectiousness of the Omicron variant of the COVID-19 virus, a top Israeli infectious disease specialist said on Monday. The Green Pass serves as proof that its holder has been vaccinated, recovered from COVID-19 or recently tested negative for it.

“Today there is no relevance to the Green Pass,” professor Gili Regev-Yochay told JNS on Monday during a briefing. “People at risk [of developing severe disease] need to be especially careful when they go out, especially to places with large gatherings.”

Regev-Yochay, who heads the Infection Prevention and Control Units at Sheba Medical Center at Tel Hashomer, made the comments during a briefing in which she revealed preliminary results of a clinical trial she is leading on the effectiveness of a fourth vaccine dose in protecting against Omicron. According to the data, while the vaccine continues to offer protection against developing severe disease, the extra shot does not seem to stop infection.

Some 154 health workers at Sheba Medical Center received their fourth Pfizer vaccine shot two weeks ago. A week ago, 120 health workers received a shot of Moderna’s vaccine following three doses of Pfizer one week earlier. They were matched with a control group of around 6,000 health workers who have been being followed by the hospital since the start of Israel’s vaccination campaign in December 2020.

Around the same percentage of hospital workers who received the fourth dose caught the virus as those who did not get the fourth booster.

In Israel, the Omicron variant is spreading rapidly. More than 65,000 people were diagnosed with coronavirus on Monday, the Health Ministry reported on Tuesday. Of those infected, around 45% had received three vaccine shots.

The Green Pass program has been a point of conflict in the country since the start of the fifth wave and especially in recent weeks, as the country has sent around 10% of Israeli students into isolation.

The majority of Israel’s school children are unvaccinated and are required to quarantine for a minimum of five days if they come into contact with an infected person. Children who are vaccinated are able to take a home antigen test and return to school as long as they get a negative result.

In addition, a new isolation policy rolled out Monday evening by the Health Ministry allows vaccinated Israelis who were in contact with infected people to stay out of isolation and only take a home test three days after contact while unvaccinated people are required to isolate for five days.

Israeli Finance Minister Avigdor Liberman called for the Green Pass to be abolished on Tuesday.

“There’s no medical or epidemiological logic to the Green Pass, and many experts agree with this,” Liberman tweeted. “What it does is directly harm the economy’s daily functioning, and it also makes a sizable contribution to panic among the public.”

He said he is working with relevant parties to eliminate its use.

Studies done in Israel and abroad have shown that antigen tests result in a high percentage of false negatives until at least three days after infection.