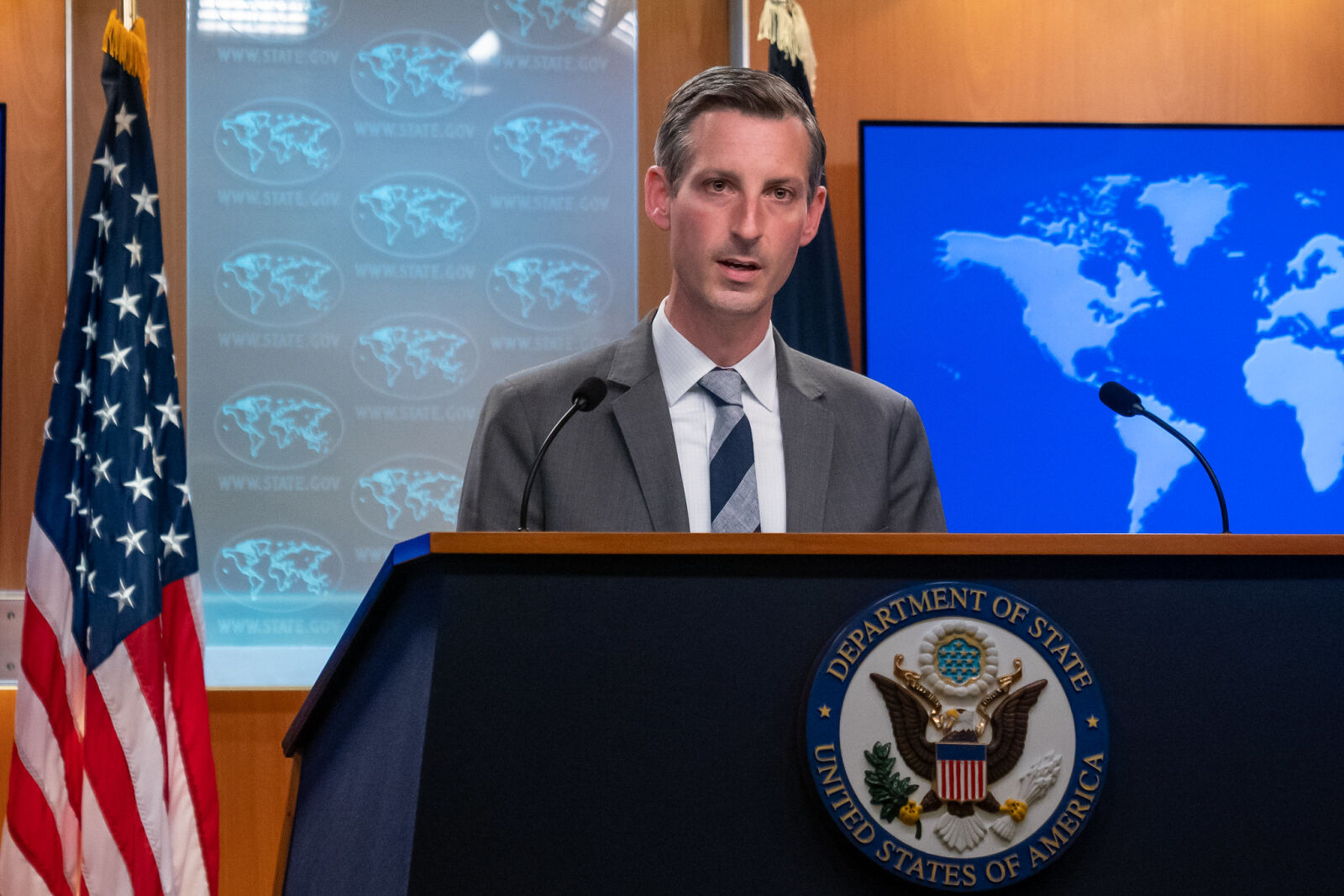 “Reports of civilian deaths are something that we regret and would like to come to a stop,” said U.S. State Department spokesman Ned Price.

The U.S. State Department said that Israel has a right to self-defense in light of the barrage of rockets being fired on Israel in the past two days and that Washington is “deeply concerned” about the ongoing escalation of violence.

“Israel has the right to defend itself and to respond to rocket attacks,” State Department spokesman Ned Price said in his daily briefing with reporters on Tuesday. “The Palestinian people also have the right to safety and security just as Israelis do.”

He went on to say that he laments the loss of life on both sides.

“Reports of civilian deaths are something that we regret and would like to come to a stop,” said Price. “We don’t want to see provocations. The provocations we have seen have resulted in a deeply lamentable loss of life.”

Price was also asked to respond to whether he had seen pictures of Palestinian children purportedly killed in Israeli airstrikes.

“I’ve seen those pictures,” he said, adding that it’s “hard not to look at those pictures and feel a sense of the suffering. It’s precisely why we have called for restraint and de-escalation in an effort to preserve life.”

Sullivan “condemned the ongoing rocket attacks by Hamas and other terrorist groups, including against Jerusalem and Tel Aviv. He conveyed the President’s [Joe Biden] unwavering support for Israel’s security and for its legitimate right to defend itself and its people while protecting civilians,” according to NSC spokesperson Emily Horne.

“He also conveyed the United States’ encouragement of steps toward restoring a sustainable calm,” Horne said, adding that Sullivan also spoke with the Egyptian government about steps to restore calm in the region.