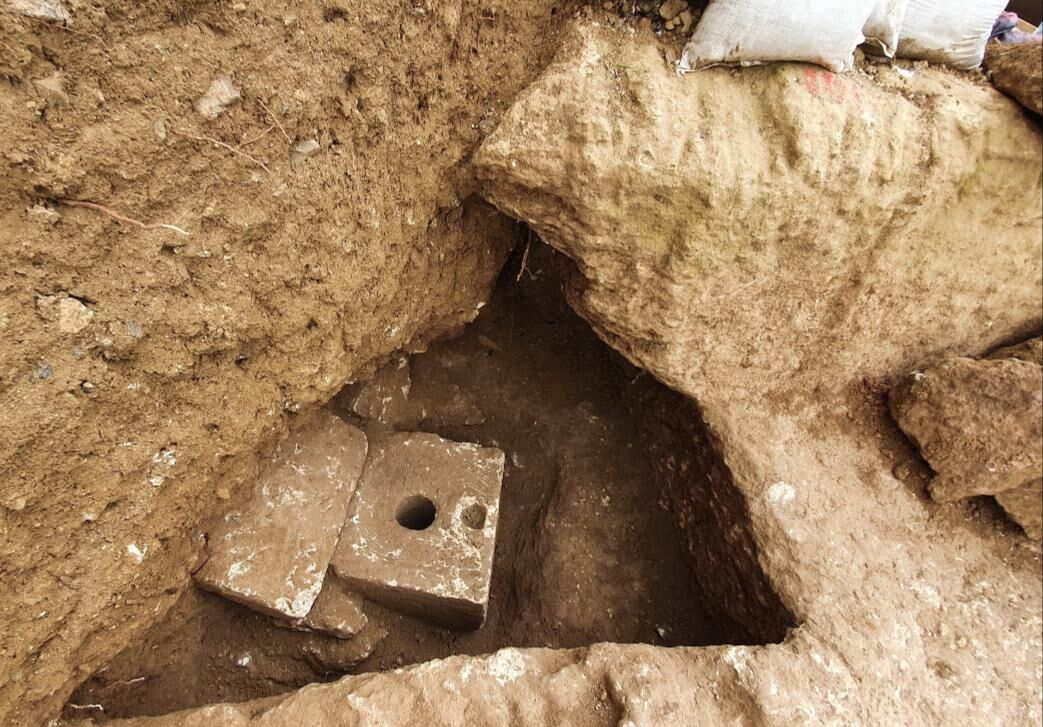 Made from limestone, it was found in a royal estate in an area that overlooks the Temple Mount.

The Israeli Antiquities Authority announced on Tuesday that archaeologists found a rare ancient archeological structure in Jerusalem that almost certainly was used as a toilet. It is presumed to be more than 2,700 years old and dates back from the period of the First Temple.

The structure, made from limestone, was found in a royal estate in an area that overlooks the Temple Mount. It was located in a rectangular-shaped room and was linked to a deep septic tank underneath carved in bedrock.

“A private toilet cubicle was very rare in ancient times—only a few were found to date,” said Yaakov Billig, who is managing the excavation, in a statement posted on the Israel Antiquities Authority Facebook page. “Only the very rich could afford toilets.”

Animal bones and pottery, including ornate stone capitals and small columns from a window balustrade, reminiscent of the First Temple period were also found near the site.

Eli Eskosido, director of the Israel Antiquities Authority, said “it is fascinating to see how something obvious to us today, such as toilets, was a luxury item during the reign of the kings of Judah. ​​Jerusalem never ceases to amaze.”

The excavation project was initiated by the City of David (Ir David) Foundation, and funded by the Jerusalem Municipality and Israel’s Ministry of Tourism.