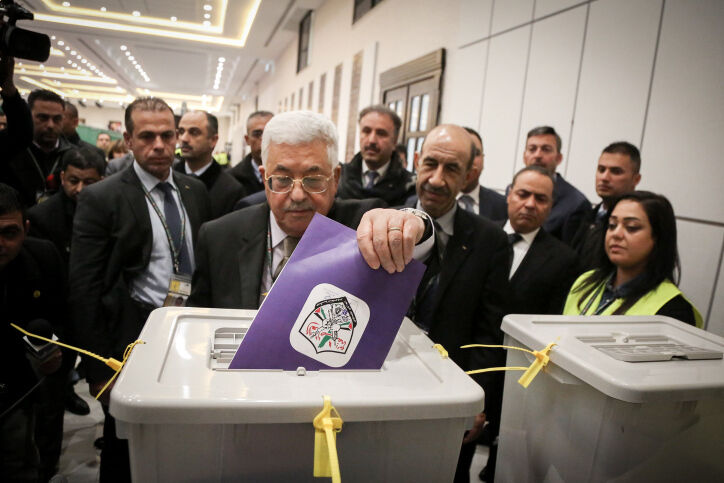 It’s vital to keep in mind that all of the steps taken towards their direction are reversible, and that all progress so far has been on the declarative and technical administrative front.

Despite public statements and cautious optimism on the Palestinian street, prospects for Palestinian elections going ahead are still far from certain. Fourteen Palestinian factions met in Cairo in February under the auspices of the Egyptian General Intelligence Directorate to work out concrete agreements for the holding of elections, but this meeting may have been more show than substance.

The factions agreed that the Palestinian police forces would be exclusively in charge of securing the elections in the West Bank and the Gaza Strip. They also agreed that an organizing committee and a court would be established to ensure that the elections are free and fair, and that all political prisoners be released. Palestinian Authority head Mahmoud Abbas has in recent days signed a presidential decree that orders the release of all political prisoners.

The agreements call for ensuring the freedom to express opinions under the two rival Palestinian governments of Fatah in the West Bank and Hamas in Gaza, and that security forces in both sectors would remain neutral vis-à-vis the elections.

In theory, these elections are years late, with the last round being held in 2006 and all attempts since to hold new elections having failed. In practice, Fatah kept delaying the elections due to political considerations until Abbas issued a decree in January calling for new elections to be held in 2021.

Despite all of the above, the path to holding Palestinian elections remains filled with obstacles: Fundamental divisions remain between Fatah and Hamas; and there are a series of problematic, unresolved issues, such as Israel’s position on the elections, which could torpedo the entire process.

In recent weeks, Israel has conducted an intensive wave of arrests of Hamas operatives and leaders in the West Bank, including legislative council members. Hamas says this will not dent its determination to pursue the upcoming elections.

Palestinian sources stress that the next round of talks is scheduled for March in Cairo as a reflection of the fact that divisions could not be resolved within the two days that the factions met in February and that more time is needed to reach practical agreements to pave the path to elections.

The sources estimated that only when the first round of elections for the legislative council approaches in May will the final decision be made on whether to proceed as planned.

Fatah sources have not ruled out the possibility in the absence of agreements and compromise on the substantial divisions that elections will again be suspended or delayed. The fact that Abbas has announced dates for the elections should therefore not be seen in any way as a guarantee that they will go ahead as stated.

Ultimately, it’s vital to keep in mind that all of the steps taken in the direction of elections are reversible, and that all progress so far has been on the declarative and technical administrative front.

It still remains highly uncertain that elections will go ahead. Several factors can derail the process at any time. It appears that Abbas is taking part in the elections process to “gain points” vis-à-vis the new Biden administration in the United States and to present itself as a democratic Palestinian government. If this is the case, it is fair to assume that Abbas has planted “exit ramps” that will allow him to leave the election process under the pretext of major divisions with Hamas.

Abbas must be aware of the very real dangers to Fatah’s status in the West Bank in the event of a Hamas election victory, which could prepare the ground for a Hamas takeover of Palestinian institutions. Palestinian sources have assessed that if Abbas is indeed serious about going “all the way” in the elections, he would be committing political suicide.

Israel has yet to make its position on the elections public, but it’s fair to assume that the defense establishment is holding ongoing assessments and preparing multiple action paths to deal with a variety of scenarios. Abbas could use the pretext of an Israeli refusal to allow the elections to take place in eastern Jerusalem to back away from the process.

IDF Col. David Hacham (Ret.) is a former adviser on Arab affairs to seven Israeli Ministers of Defense, including Moshe Arens and Moshe Ya’alon. He is a publishing expert at: www.MirYamInstitute.org.