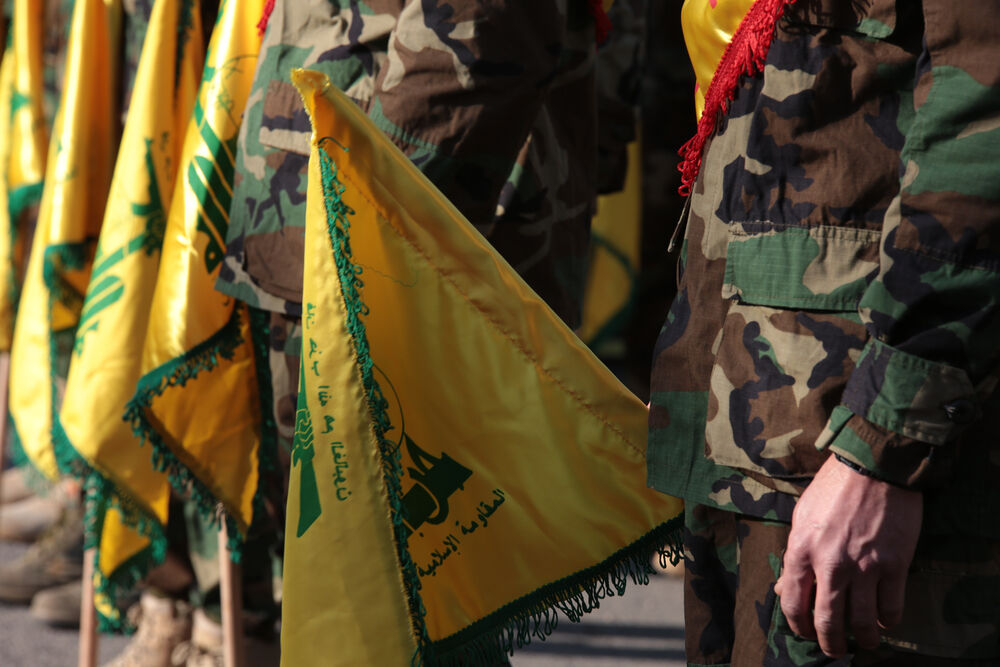 The recent interception of a weapons-smuggling attempt along the Lebanese-Israeli border is a sign of a larger development: Hezbollah’s unit in charge of orchestrating terrorism in Israel is expanding under new leadership.

Earlier this month, the Israel Defense Force and Israel Police announced that they had thwarted a significant weapons-smuggling attempt from Lebanon into Israel. A total of 43 firearms worth millions of shekels were confiscated near the area of the village of Ghajar on July 9, said security forces, after IDF observation troops spotted smuggling bags.

In its statement, the IDF said it is “examining the possibility that the smuggling attempt was carried out with the help of the Hezbollah terror organization, and is investigating, along with the Israeli Police, the perpetrators of the weapon-smuggling attempt.”

The IDF is indeed investigating the involvement of a senior Hezbollah operative, called Haj Khalil Harb, who is notorious for his experience in trafficking narcotics and weapons along the Blue Line separating Israel and Lebanon.

Harb has served as a security advisor to the Secretary-General of Hezbollah, Hassan Nasrallah, and served as a commander for significant units of the Hezbollah. He has also been linked to another trafficking run in June, in which 15 guns and dozens of kilograms of drugs were confiscated.

These developments point to a more significant occurrence—the expanded activities of a dangerous Hezbollah unit, known as 133, which is dedicated to orchestrating terror attacks inside Israel and the West Bank, according to Maj. (res.) Tal Beeri, director of the research department at the Alma research center, which sheds light on security threats to Israel emanating from Syria and Lebanon.

According to Beeri, a former IDF intelligence officer, Harb may have been appointed in recent months to assist Unit 133 and possibly to lead it. The development comes as no coincidence since he is the former commander of the unit’s predecessor, Unit 1800, which was formed in the 1990s and disbanded after the 2006 Second Lebanon War.

“Like its predecessor unit of Unit 1800, Unit 133 is responsible for attacks against Israel, and its expertise is forging connections with Palestinians and Arab Israelis, and setting up terrorist infrastructure,” Beeri told JNS. The unit also seeks to activate terror cells in Jordan and Egypt in order to act against Israeli interests there—and also against Jordan and Egypt, too, since they are at peace with Israel and cooperate with it.

Hezbollah’s Unit 1800 was behind the deadly March 2002 shooting attack by two Palestinian terrorists on Israeli civilian vehicles near Kibbutz Metzuba that killed six people. The terrorists were shot dead by the IDF.

In order to realize its objectives, Hezbollah’s Unit 133 like its predecessor cooperates closely with Southern Lebanese crime families; Beeri said there are five central such families who act as “bridging platforms from the crime world to elements inside of the State of Israel.”

The families have experience in trafficking drugs and weapons into Israel, and Hezbollah hitched a ride on their abilities to build terror infrastructure.

After the Second Lebanon War, Hezbollah disbanded Unit 1800 and set up Unit 133 in its place with the same role, but an expanded area of responsibility that stretched to Eastern Europe and Turkey, noted Beeri.

At that time, Harb stepped down from his role of commanding Unit 1800, according to Beeri, and Unit 133 received a new commander named Muhammad Ataya.

Harb then helped set up a unit called 2800, which supported Shi’ite organizations in Yemen and Iraq, and later changed its name to Unit 3800.

“He then vanished from public sight. Today, in his 60s, he has amassed a lot of experience in working with crime families in Southern Lebanon,” for the purpose of setting up terror cells in Israel and the territories,” said Beeri, which is why Hezbollah’s senior leadership decided to recall him back in recent months to Unit 133.

“We believe that he returned because the Hezbollah leadership was dissatisfied with the current performance of Unit 133,” said Beeri. “He was called back to duty.”

The result is the recent uptick in cross-border smuggling efforts in recent months. It is likely that Israel thwarted several additional efforts as well.

“A new wind is blowing through the border area,” said Beeri.

On the Israeli side of operations, according to Hezbollah’s planning, criminal elements receive the “packages” and either use them directly for missions given to them or pass them on to third parties that Hezbollah recruited, he added.

“The arms can be used for terrorist activities. The drugs are substitute payments. The criminals sell the drugs and take the money. In exchange, they act as bridging elements,” explained Beeri. “This is the mechanism.”