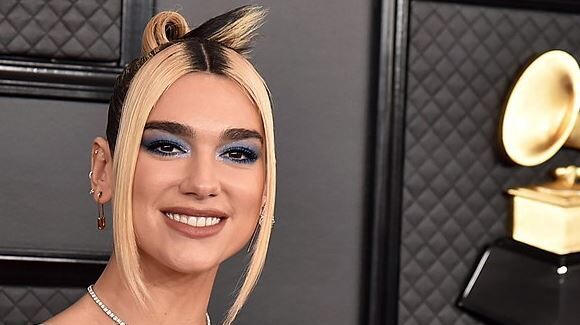 British singer Dua Lipa took to Instagram on Sunday to share an image with her 66 million followers which read, “Save Sheikh Jarrah,” and described the neighborhood as being located in “Al Quds, Palestine.”

Lipa’s boyfriend, Anwar, is the brother of Palestinian-American supermodels Gigi and Bella Hadid. Their father, Mohamed Hadid, is a millionaire real estate magnate who was born in Nazareth in 1948.

Later, Lipa shared a post from the “Land Palestine” account, which gave an alleged timeline of recent events under the headline “’What Is Happening In Sheikh Jarrah?”

The pop star added her own caption on the post, writing, “Please swipe and read!!! There are the lives and homes of innocent people – the world needs to intervene and put a stop to this. No more ethnic cleansing!!!!!”

Lipa, who was born in London to Muslim Albanian parents from Kosovo, is a vocal critic of Israel.

In May 2020, she shared an Instagram post created by a user named Vinarfuso, which called the Israeli government “fake Jews” and suggested IDF soldiers take sadistic pleasure in hurting Palestinian children.

The post began by comparing the killing of George Floyd by an American police officer to the plight of the Palestinians.

“While everybody’s in the mood to talk about human rights, this is what happens EVERYDAY in Palestine, paid for by our tax payer dollars,” text over the image read. “The big bad tough guys of the #IDF thoroughly enjoy beating and shooting children.”

The post continued, “Yet, the only ‘justification’ as to why [Palestinians] don’t deserve freedom is because ‘Hamas calls for the destruction of Israel.’

“Which is utterly HYSTERICAL bc [because] the United States (fake Christians in the mid west) and Israel (fake Jewish ppl [people] in the Israeli government) created Hamas SIMPLY for all of you geniuses to believe that hamas [sic] is the reasons for the decades worth of occupation, oppression, ethnic cleansing, and MURDER.”

After an outcry from Jewish groups, Lipa deleted the post without an apology.

Despite her repeated criticism of the Jewish State, Lipa recruited Israeli directors Vanya Heiman and Gal Muggia to create the music video for her song “We’re good.”

Image: I have no idea it is from interwiever on AMAs, CC BY-SA 4.0 <;, via Wikimedia Commons