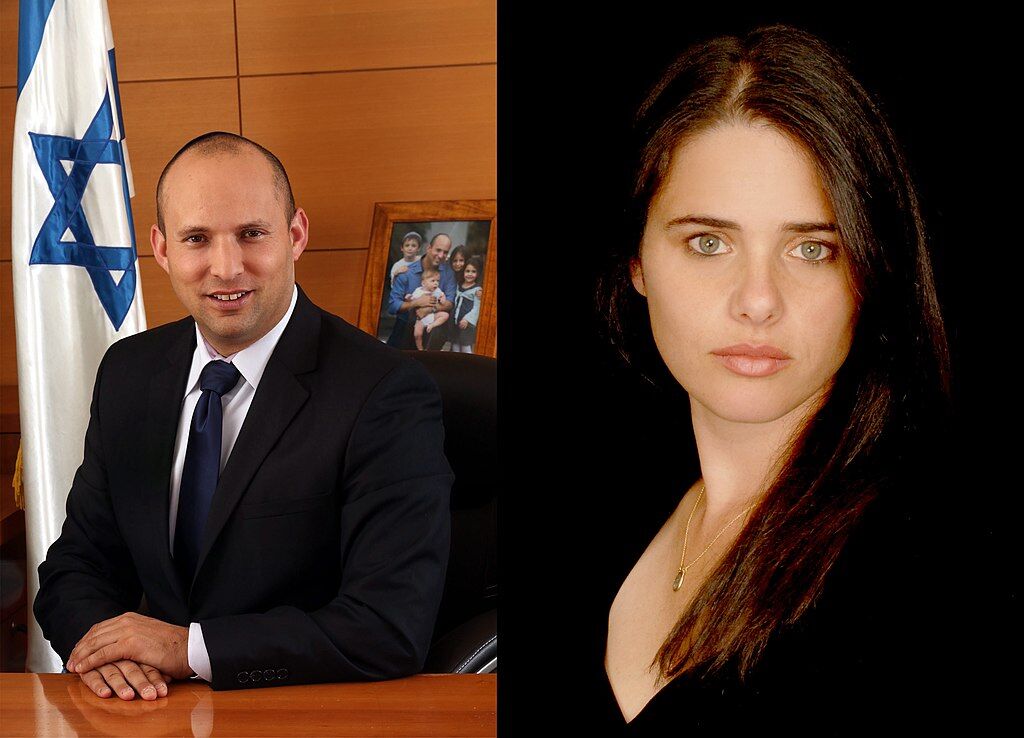 After the so-called family reunification law, or Citizenship Law, failed to pass a vote early Tuesday morning, Hebrew-language media reported that Interior Minister Ayelet Shaked offered major concessions to win over coalition parties that were planning to vote against the law.

In recent weeks, the left-wing Meretz and Islamist Ra’am parties publicly decried the law as “racist” because it denies automatic citizenship and residency for Palestinians married to Israeli citizens.

While in the past the Likud party has voted for the law when it comes up for renewal each year, this time the party voted against the measure in an apparent effort to embarrass the new government.

Made up of diverse parties with wildly different ideological outlooks, the governing coalition has a razor-thin, 61-seat majority, which can be lost by just a single MK’s vote .

Aiming to convince the resistant parties to support the law, Shaked reportedly offered a sweeping compromise — immediate residency rights for thousands of Palestinians currently living in Israel on military-issued temporary permits; extending the law by just six months, rather than a year; and setting up a committee to investigate residency requests on a case-by-case basis.

While some outlets reported that the deal would see the residency status of 1,600 Palestinians instantly regularized, a statement from a government official suggested that the real number was almost double that amount.

Minister of Regional Cooperation Issawi Frej of the Meretz party, who ended up voting in favor of the law, bemoaned the defeat of the measure.

“The agreement that was put forth by Bennett and Shaked gave more than 3,000 Palestinian families legal status in Israel, and I didn’t want that to go public because of [potential pushback from] the right,” he told Nazareth-based, Arabic language Radio Nas.

“We lost a meaningful opportunity for justice for thousands of families of our people,” he said.

Religious Zionism chief Betzalel Smotrich responded to Frej’s comments, accusing the government of intentionally downplaying the number of Palestinians to be granted residency.

“Frej knows what he’s talking about and exposed Shaked’s lies,” Smotrich tweeted. “This is how it is when lying becomes routine.”

“Don’t get confused: the irresponsible conduct of the Likud and Smotrich has overthrown the Citizenship Law and will lead to 15,000 citizenship applications,” Shaked wrote on Twitter immediately after the vote.

“Contrary to the claims of so-called right-wing ideologues, for whom lying has become a second language, the law wasn’t changed even in the slightest.

“I agreed to the same outline that [former Interior Minister] Deri gave 3 years ago.”

Prime Minister Naftali Bennett said that the government would try to pass the renewal of the law again tonight (Tuesday) before it expires at midnight.