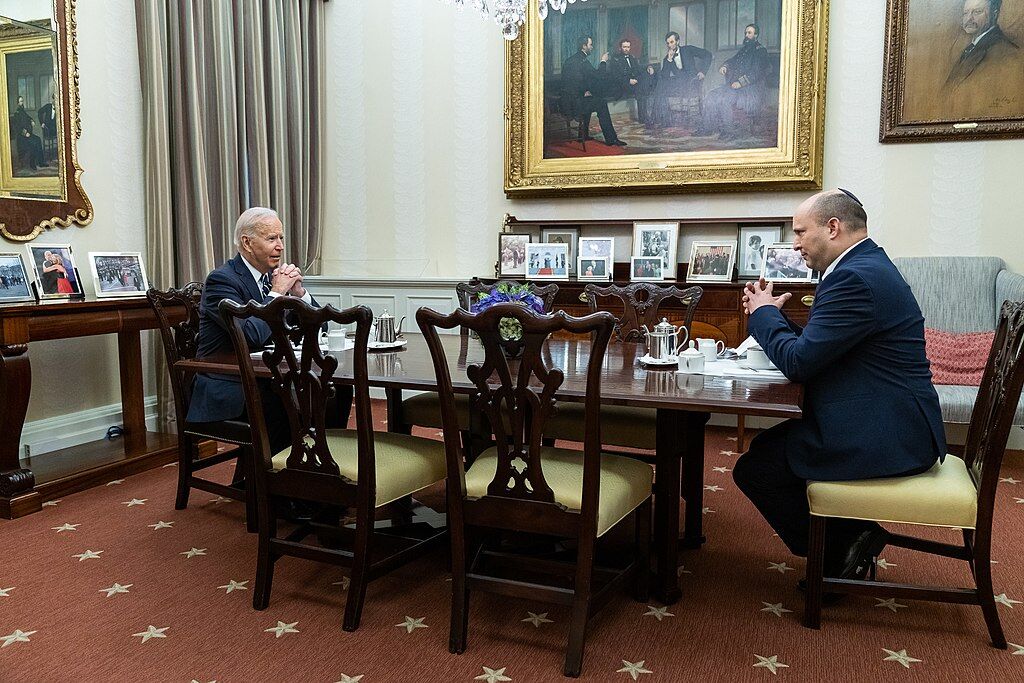 The news website reported that ever since Bennet met with President Biden in late August, the administration has been talking to Jerusalem every week about not building in Judea and Samaria.

At that first meeting between the two leaders, Biden openly told Bennett that he expected “restraint” regarding settlement construction. However, he didn’t publicly respond when the prime minister answered that Israel would build to keep up with the “natural growth” of the population in the disputed territory.

On the other hand, since then, the planning committee that has to approve any construction has not met. This is not accidental, according to a “senior Israeli official” Axios quoted.

“There is great sensitivity right now with the Americans about settlements,” said the official. “This is the reason the approval of new planning and building in the settlements is held up for now.”

If a de facto freeze is in effect, this would contradict Bennett’s assurances to the Yesha Council last month that he had resisted the president’s views on three issues – one having to do with Iran, the reopening of the American consulate in eastern Jerusalem for the Palestinians, “and about settlements.”

“We know what the Democrats are saying,” Bennett told the Judean and Samarian political leaders. “The settlements are illegal and all that. They told me to build less. Guys, you know where I’m coming from. I’m committed to you — as it was, so shall it remain.”

Shomron Regional Council head Yossi Dagan said Thursday it was not up to the Americans to decide where homes could and could not be built.

“The ball was always in Jerusalem’s hands, never Washington’s,” he said. “The prime minister has the right to build everywhere in Israel, and the nation expects him to do so without accepting [outside] dictates.”

“It would be better for the Biden administration to not get involved in internal Israeli matters,” he said in a statement. “We won’t suffer this gross American intervention, and we expect Prime Minister Bennett to completely reject it.”

Throughout his long political career as a senator, Biden never made a secret of his opposition to Jewish building in Judea and Samaria, considering it an obstacle to making peace with the Palestinians. Before the presidential elections last November, he also pledged that as a firm friend of Israel he wouldn’t openly argue with Jerusalem over policy issues. Another factor in his reportedly quiet efforts is that Israel’s coalition is a fragile one. With parties of wildly divergent views on Judea and Samaria, a loud campaign could pull it apart, something that the Democratic administration does not want, as the alternative is a heavily right-wing government.