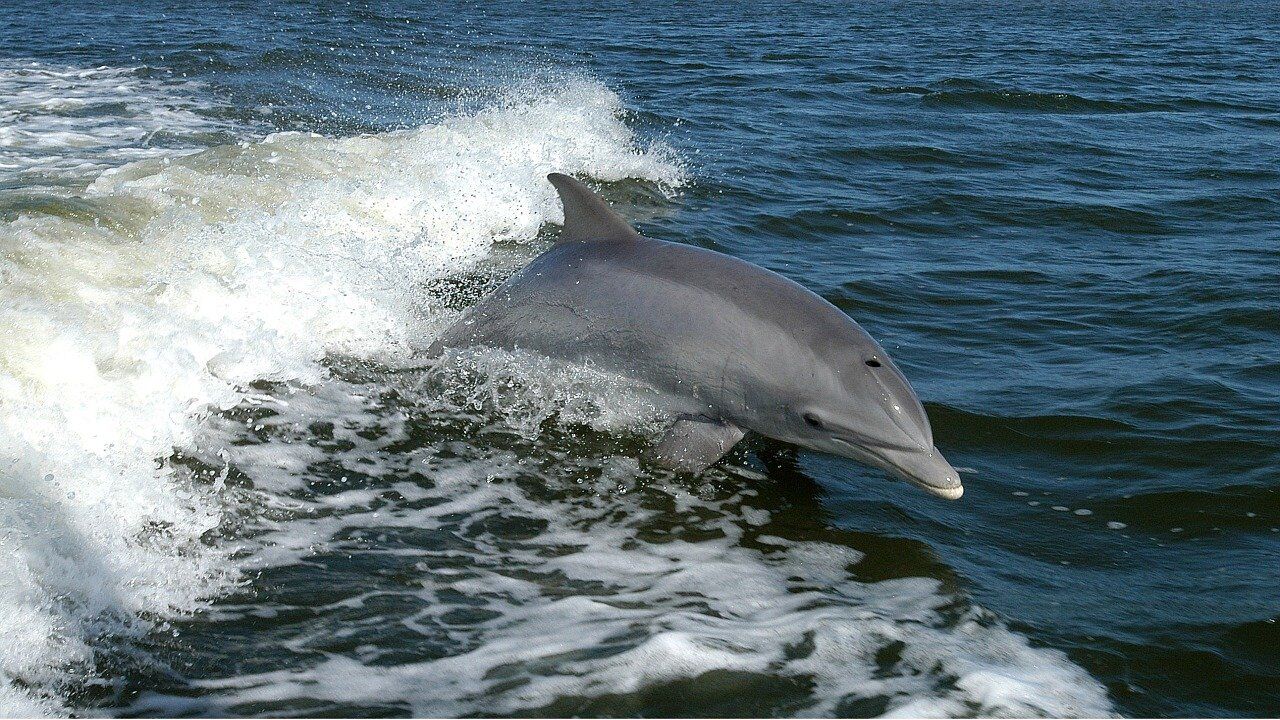 Dolphins are very intelligent mammals, and sharks are less-intelligent fish, albeit with bodies made of cartilage instead of bones. For the first time in Israel, a dolphin has been attacked by a shark.

A ROUTINE DOLPHIN SURVEY IN THE AREA

The dolphin, who suffered scars from the attack, was located recently off the coast of Ashdod and photographed by researchers at the Maurice Kahn Martine Research Station at the University of Haifa’s Leon Charney School of Marine Sciences.

“We will continue to monitor the dolphin population so we can understand whether this is an unusual attack or a new phenomenon,” said Dr. Aviad Sheinin, head of the super-predatory field at the marine sciences school. As part of a long-term ecological study of the local dolphin population, the researchers – in collaboration with the Ashdod Center for Education and Sports – are conducting a routine dolphin survey in the area.

In November of last year, researchers identified a dolphin about a meter long. When they saw him again a few weeks ago, they discovered to their surprise that it had jagged scars on the sides of its body. After studying the photos, they took and consulting with experts from around the world, they determined that these were scars resulting from a shark attack – and in fact, the first documentation in Israel of a live dolphin being attacked by a shark.

According to Sheinin, some researchers estimate that it was an attack by shark ranging in length from three to five meters. But he emphasized was not possible to determine with certainty from the shape of the scar which shark species attacked the dolphin.

It is not rare in the world for sharks to attack dolphins, especially when they find young calves or sick adults. But dolphins are also known to fend off sharks, since they travel in groups, and there’s a strength in numbers. They also have strong snouts and will chase and ram sharks –targeting their soft, more vulnerable underbellies. They will also go for their gills to cause damage. A combination of soft skin and flexible skeletal joints make it easier for dolphins to maneuver quickly in a fight against their cartilage-filled counterparts.

Sharks generally attack and eat mammals that provide lots of blubber, like seals and sea lions, since the fat fuels their liver. They generally don’t attack humans unless confused or feeling that they are under attack, as humans’ scrawny human bodies just don’t have enough of that vital blubber to make them worth a meal.

According to Sheinin, studies around the world about these two species of sharks have found that they attack and hunt dolphins, but during his 20 years of research in Israel, he has not seen any evidence of this. The new evidence obliges marine researchers to study whether this is an isolated case or a new phenomenon, he concluded.