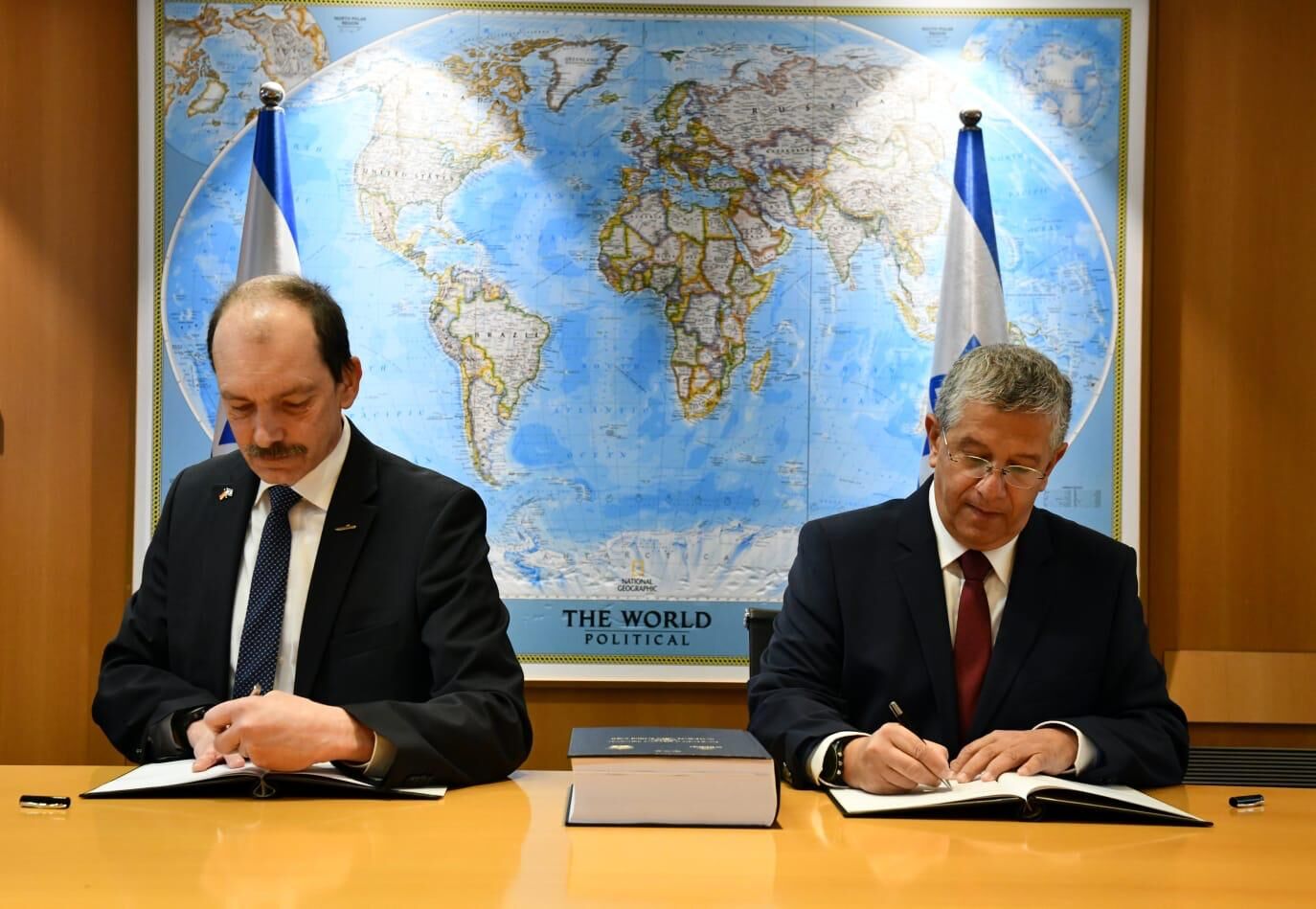 The first of the new “Dakar” vessels is to be delivered within nine years • Israel and Germany also signed a $966 million industrial strategic cooperation agreement.

Israel on Thursday signed a €3 billion ($3.4 billion) agreement with Germany’s Thyssenkrupp Marine Systems for the development and production of three submarines for the Israeli Navy, the Israeli Defense Ministry said in a statement.

The first of the “Dakar” submarines is to be delivered within nine years, and the agreement includes the construction of a training simulator in Israel and the supply of spare parts.

The agreement, which was concluded following several years of planning and negotiation, was signed at the Defense Ministry in Tel Aviv by Defense Ministry Director General Maj.-Gen. (Res.) Amir Eshel, and Rolf Wirtz, chairman of Thyssenkrupp’s executive board, according to the statement.

“The procurement of three advanced, operational submarines joins a series of measures that we have taken in the past year in the process to equip and strengthen [the] IDF. I would like to thank the German government for its assistance in advancing the agreement and for its commitment to Israel’s security. I am confident that the new submarines will upgrade the capabilities of the Israeli Navy, and will contribute to Israel’s security superiority in the region,” said Israeli Defense Minister Benny Gantz.

“This will result in the opening of new markets, professional training, technological development, employment opportunities and a positive influx for both the Israeli economy and the defense establishment. This is a detailed agreement, with investment components that were agreed upon in advance,” the statement said.