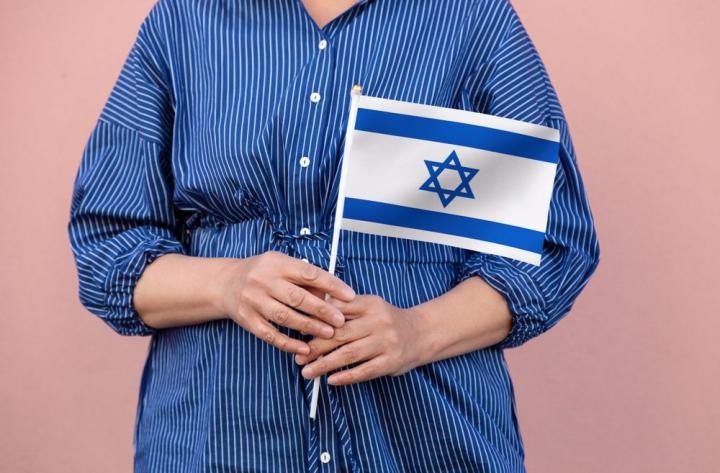 In honor of International Women's Day on March 8, Israel21c brought together some of Israel's most inspiring, trailblazing and absolutely fabulous women. 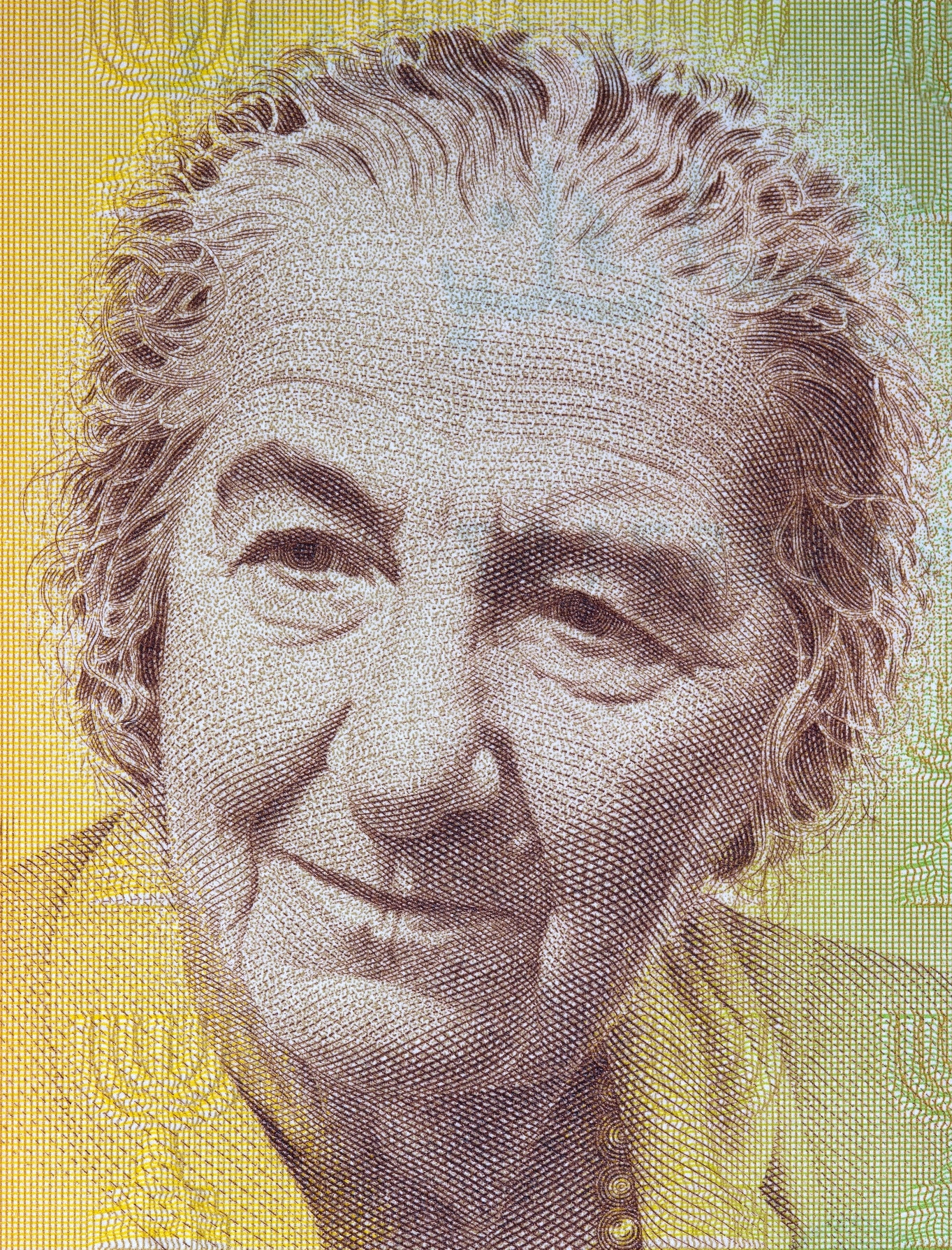 Golda Meir was a woman of many talents. A Zionist activist, teacher, kibbutznik, politician and Israel’s fourth prime minister, she certainly did it all.

Born in 1898 in Kiev, she immigrated as a child with her family to the United States, before moving again to Mandatory Palestine with her husband. Once in Israel, she quickly became involved in Israeli politics, rising to the top of the game to become Israel’s first, and currently only, female prime minister.

Revered as Israel’s very own “Iron Lady,” Meir stood out for making it as a woman at a time when Israeli politics was heavily dominated by a male “old guard” and for her straight-talking, no-nonsense leadership style.

Inspirational quote: “Trust yourself. Create the kind of self that you will be happy to live with all your life. Make the most of yourself by fanning the tiny, inner sparks of possibility into flames of achievement. ” 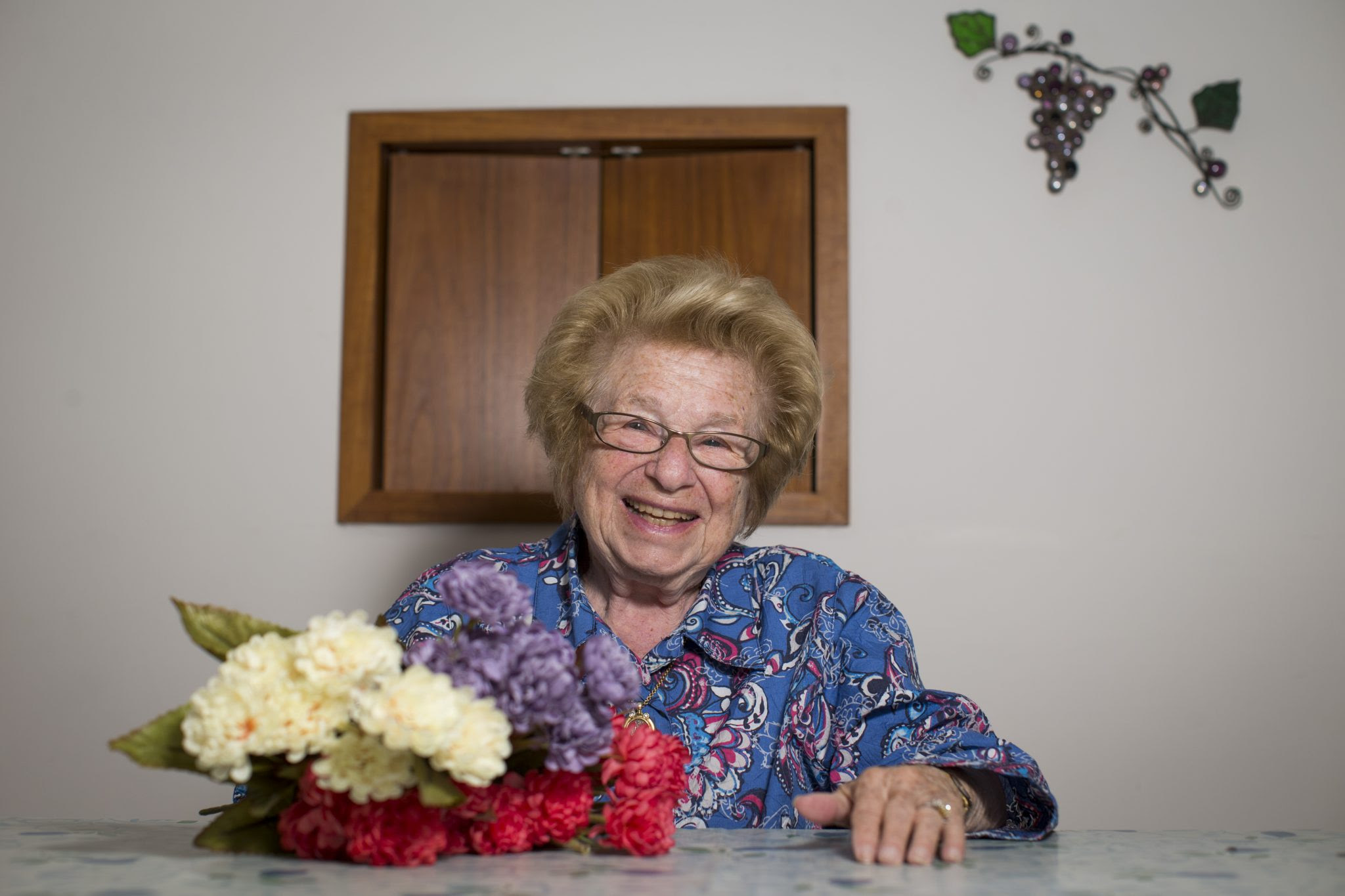 Not strictly Israeli, Dr. Ruth Westheimer is actually a fascinating pre-state figure. Born in Germany in 1928, she arrived in Mandatory Palestine after losing her parents in the Holocaust. Once here, she joined the Haghanah paramilitary organization, where she was trained as a sniper.

Westheimer eventually made her way to the States, where she studied human sexuality and became a media hit with a decades-long TV and radio career. A trailblazer in all things sex-related, she brought to the fore honest, frank conversation about sex and sexuality. Her advice: “Get some.”

Inspirational quote: “When it comes to sex, the most important six inches are the ones between the ears.” 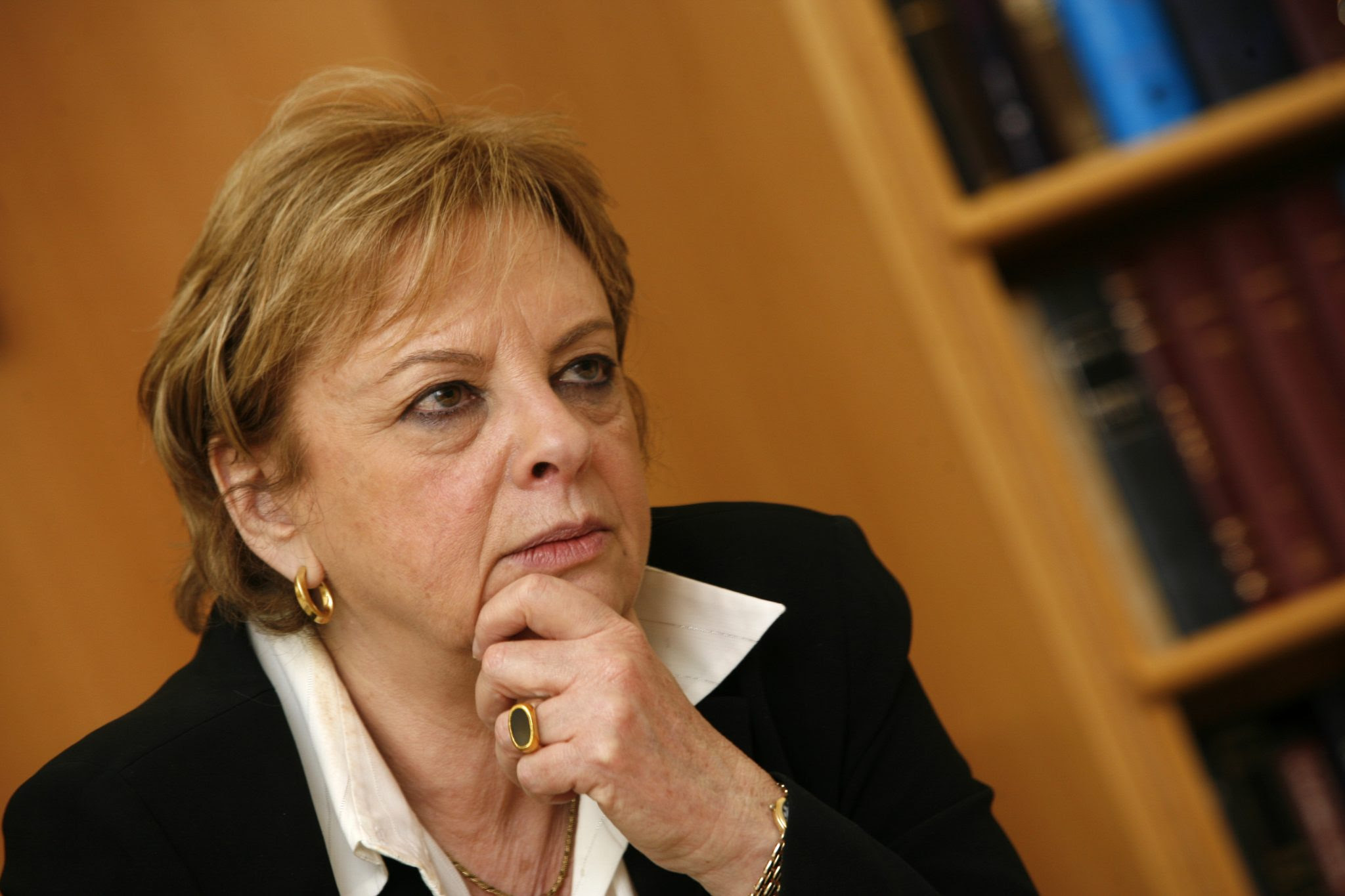 The first female president of Israel’s Supreme Court, Dorit Beinisch is one impressive lady. Born in Tel Aviv in 1942, Beinisch studied law in Jerusalem before embarking on a long career in public law, becoming the State Attorney (again, the first woman to do so), a Supreme Court Judge and finally its president.

Famous for not being afraid to stand up to the highest echelons, Beinisch fought for the law even when it proved unpopular with her government superiors and has ruled extensively on human rights. All while serving as a role model for women in the justice system and everywhere else.

Inspirational quote: “We are commanded to act with tolerance and to promote the protection of human rights.” 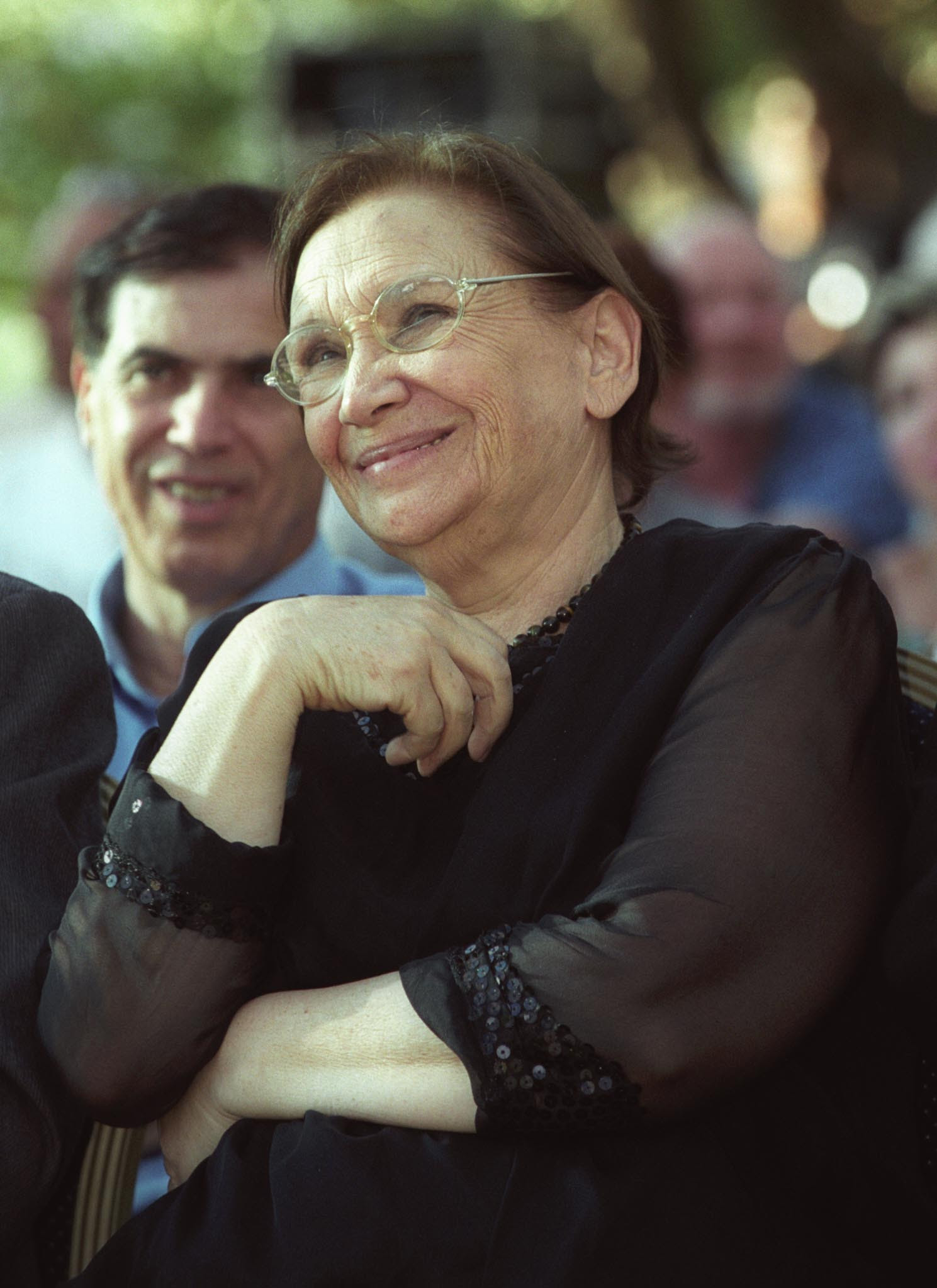 A poet, composer, songwriter and singer, Naomi Shemer is the woman behind all-Israeli musical masterpieces, the most famous being Jerusalem of Gold.

Born in Kibbutz Kinneret on the shores of the Lake of Galilee in 1930, Shemer studied music and joined the IDF as a pianist. During her career she wrote, composed and translated songs from all genres – epic national poems, love songs and even children’s songs.  Jerusalem of Gold, her best-known song, is greatly considered Israel’s unofficial anthem. Shemer received the Israel Prize in 1983.

Inspirational quote: “All that we seek – may it be.” 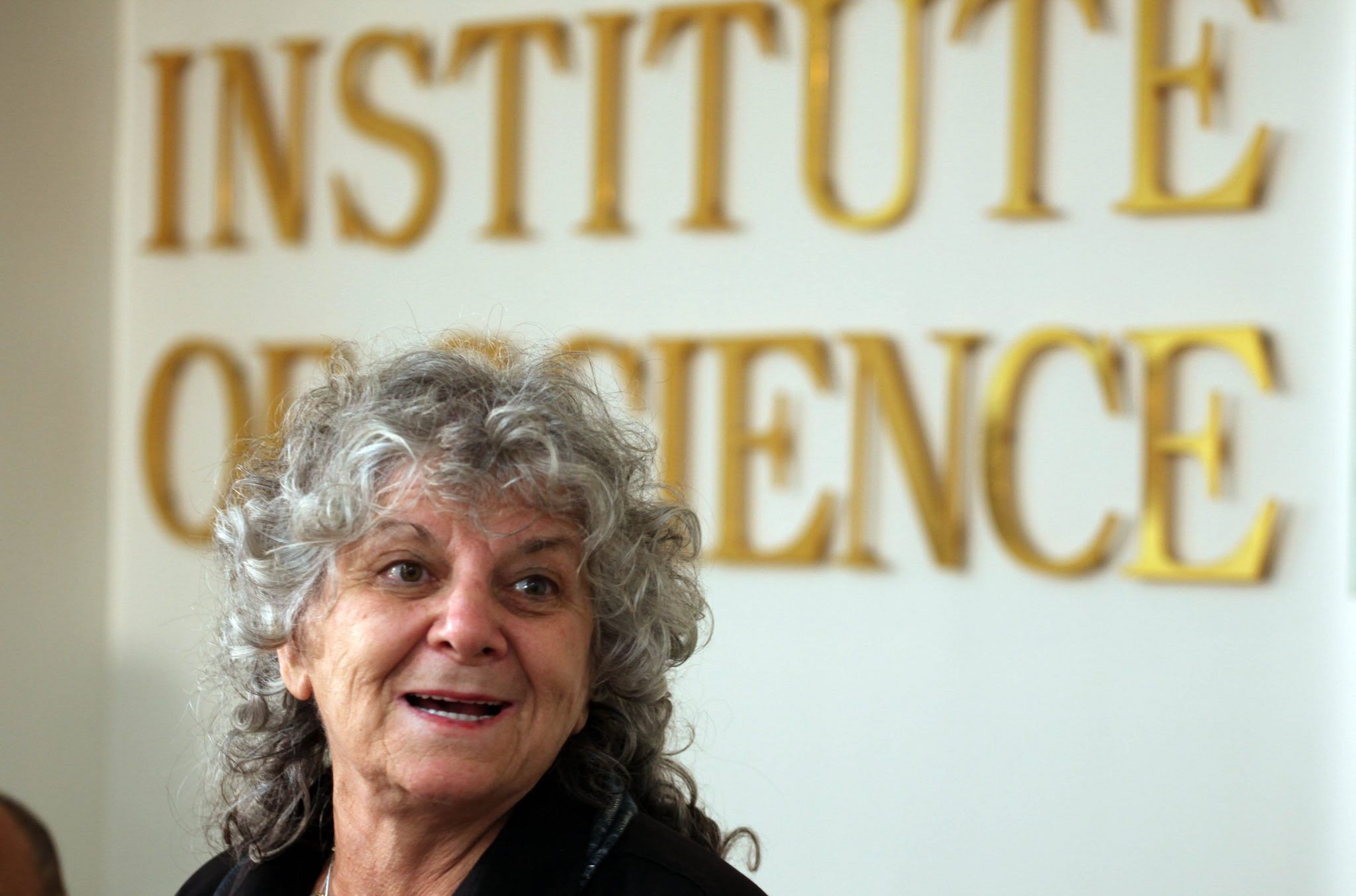 Biochemist Prof. Ada Yonath is the first Israeli woman to win the Nobel Prize for her groundbreaking work on the structure of ribosome.

Born in pre-state Jerusalem in 1939, Yonath completed her doctoral studies at the Weizmann Institute of Science, where she is a leading faculty member to this day. Upon winning the Nobel Prize in 2009, Yonath became the first woman in 45 years to receive the prestigious award in the field of chemistry.

Since winning the prize, Yonath has become a great model in Israel for higher education and has inspired great interest in science.

Inspirational quote: “Getting to the top is fantastic, but the climb is also an adventure.” 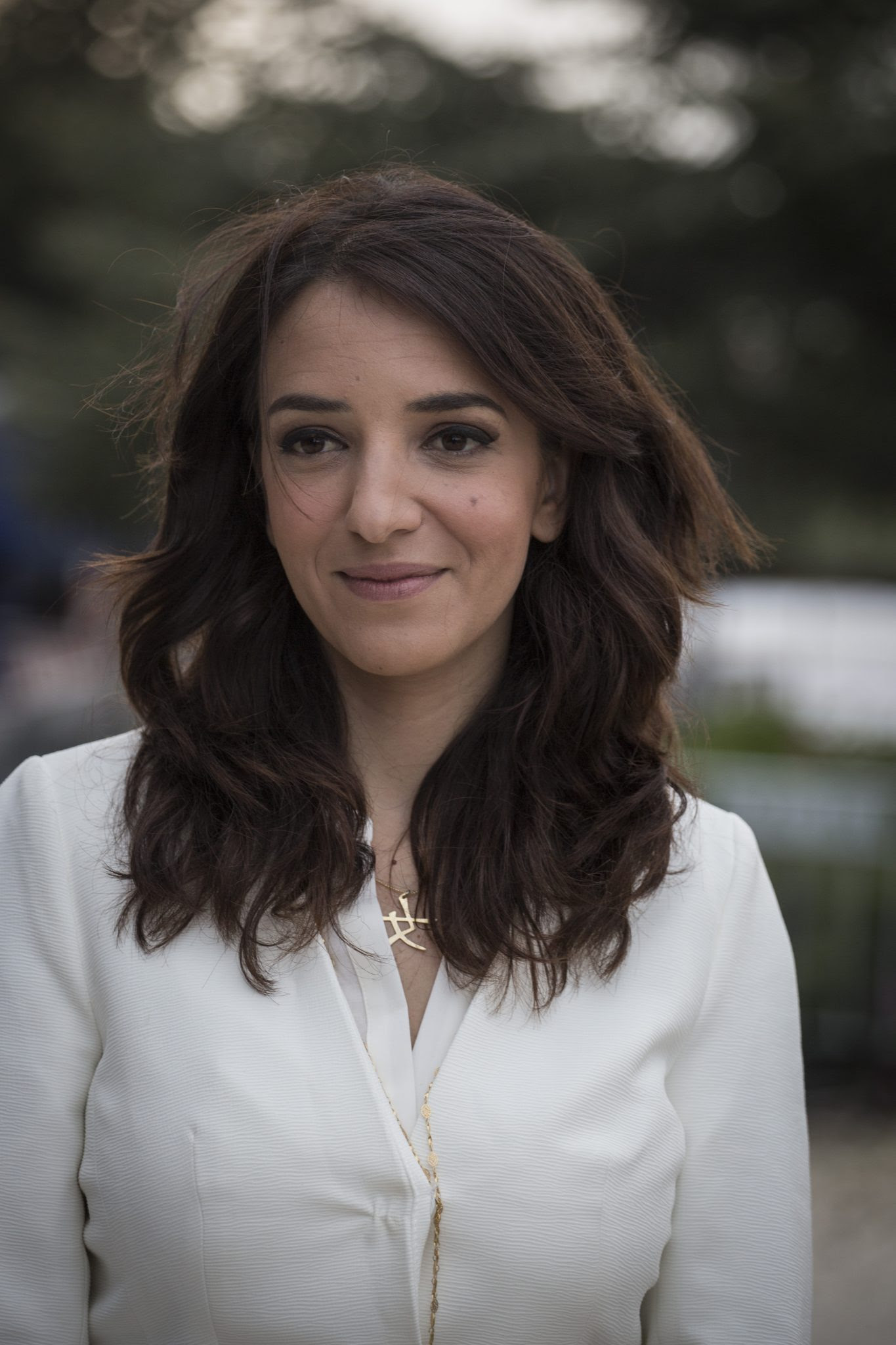 Lucy Aharish is an Israeli Arab journalist and news anchor. Born in 1981, she grew up in a Muslim family in the Jewish town of Dimona, and is well-known in Israel for promoting coexistence and tolerance.

In 2015, Aharish was chosen to light a torch at Israel’s Independence Day ceremony for her work as a pioneering Muslim journalist and for her advocacy of tolerance and openness between different sectors in Israeli society.

More recently, Aharish brought to the headlines the plight of the people caught in the civil war in Syria.

Inspirational quote: “Our breaking of the silence is a cornerstone in the continuation of the struggle of every woman who has been oppressed.” 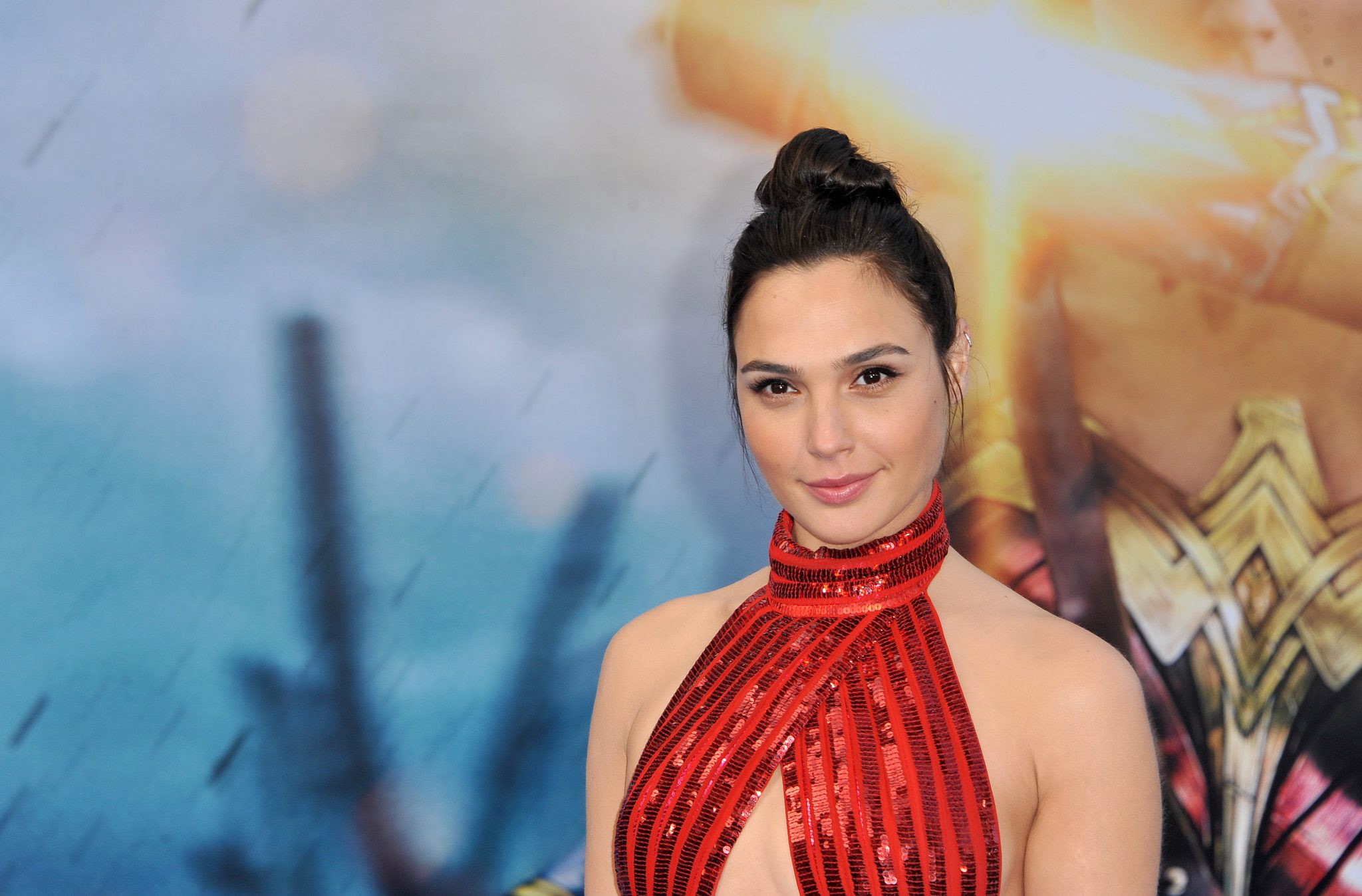 Israel’s very own Wonder Woman, Gal Gadot is perhaps the country’s most famous actress to date.

Born in 1985, the former Miss Israel laureate and military combat instructor has played strong, feisty women in Hollywood blockbusters such as Fast & Furious and Wonder Woman.

With her films, interviews and social media presence, Gadot is busy inspiring and empowering young girls to kick ass, just like her.

Inspirational quote: “It’s so important for girls and boys to have a female, strong superhero to look up to.” 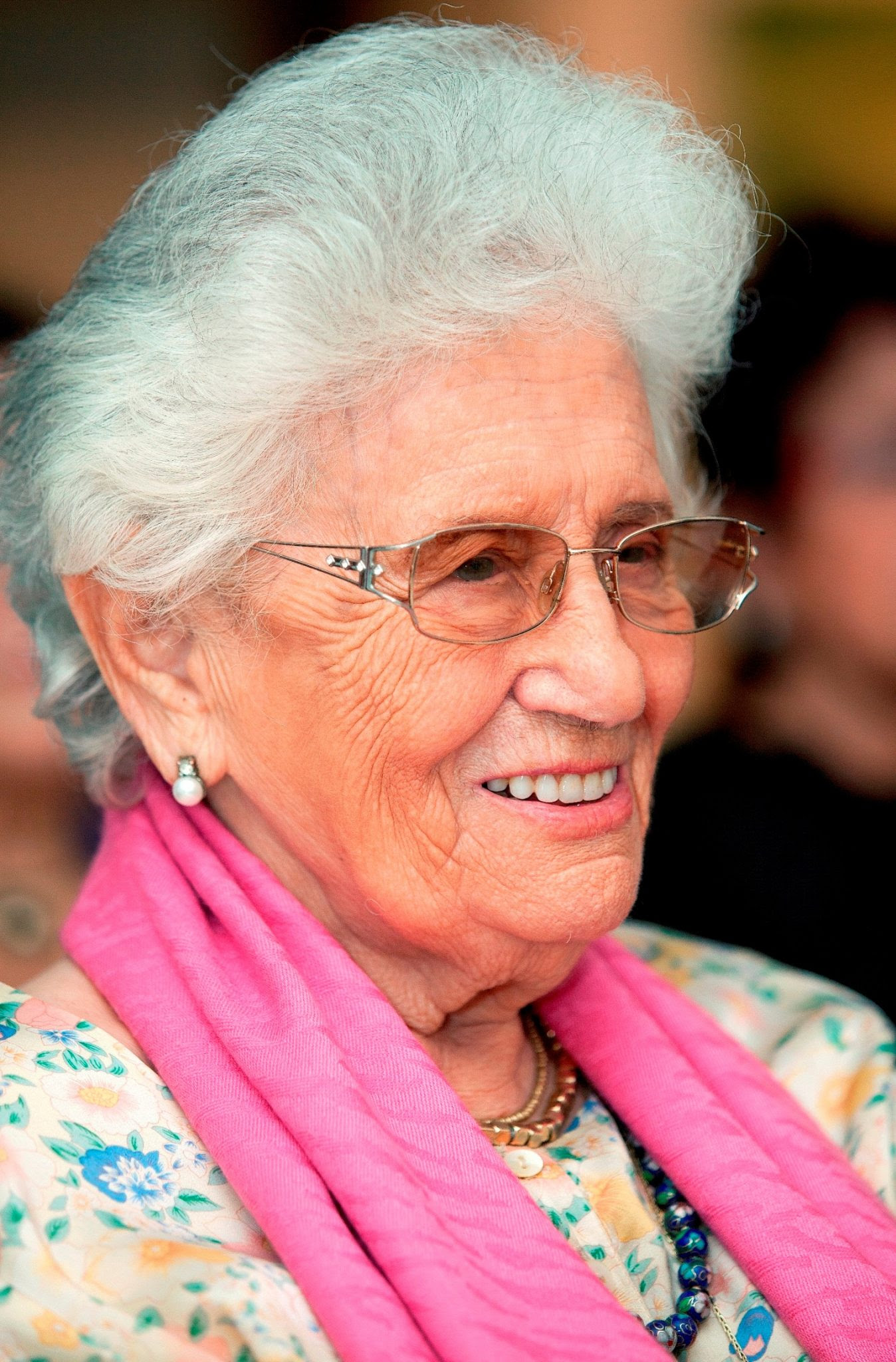 Ruth Dayan is the ultimate Israeli matriarch, the founder of pioneering Israeli fashion house Maskit and a dedicated social activist.

Dayan, who was born in 1917, recognized the uniqueness and beauty of the traditional handicrafts of immigrant women in early-state Israel. She used these designs in her fashion house, providing employment to hundreds of workers in the periphery, mostly new immigrants.

She is also a social activist who has campaigned for new immigrants and Jewish-Arab coexistence.

Inspirational quote: “I think that the struggle for women’s equality needs to be waged not only by women but by men and women together.” 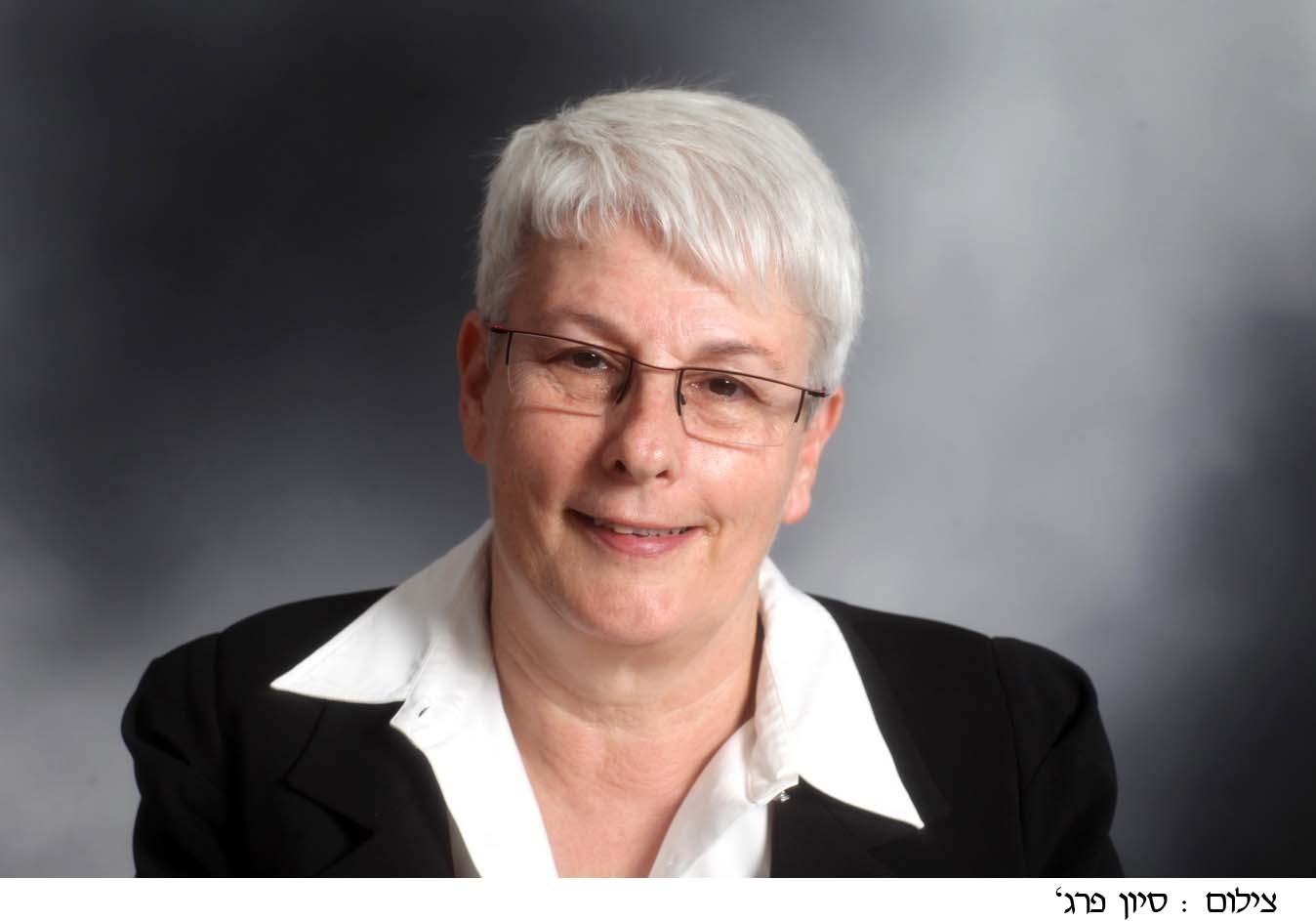 Orna Berry is a true pioneer of Startup Nation. Not only was the company she founded, Ornet, the first Israeli startup to be acquired by a European conglomerate, but she also served as Israel’s first (and so far, only) chief scientist.

Considered a leading business figure, Berry, born in 1949, has been greatly involved with many local high-tech companies. Alongside her business success, Berry is a social activist who has worked for the promotion of the employment of Arab academics in Israel and has advocated for women’s roles in industrial research.

Inspirational quote: “Discomfort is the mother of invention.” 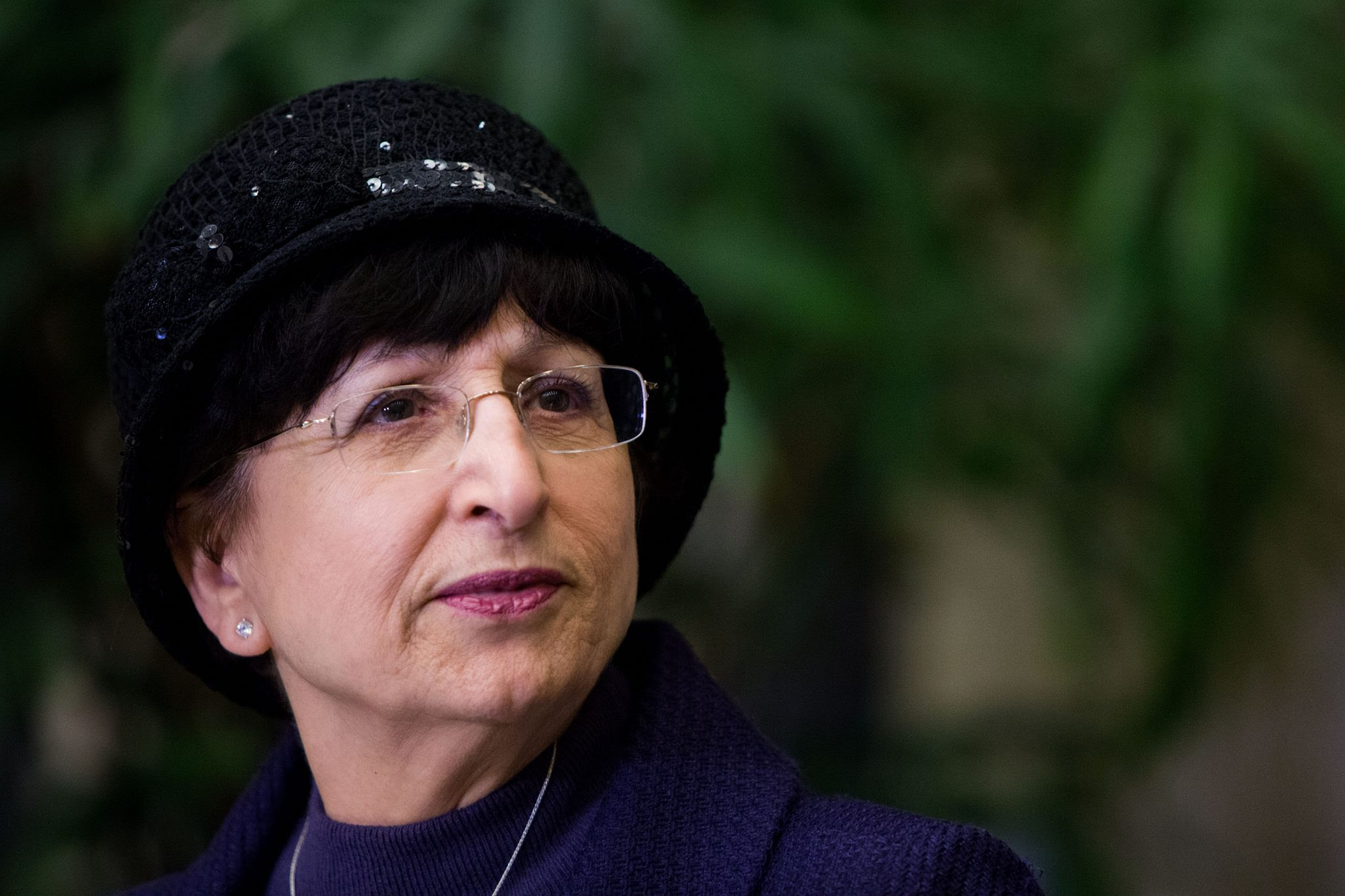 Adina Bar-Shalom is a lot more than late Chief Rabbi Ovadia Yosef’s daughter. An educator and social activist, Bar-Shalom is the woman responsible for getting thousands of members of the ultra-Orthodox community, particularly women, a higher education.

Born in 1945, she founded the first college for ultra-Orthodox Jews in Jerusalem and has worked for years to overcome discrimination against women in her community. For those achievements, she received the Israel Prize in 2014.

Inspirational quote: “Women are the cause of change in ultra-Orthodox society.” Adina Bar-Shalom to Maariv, 2019 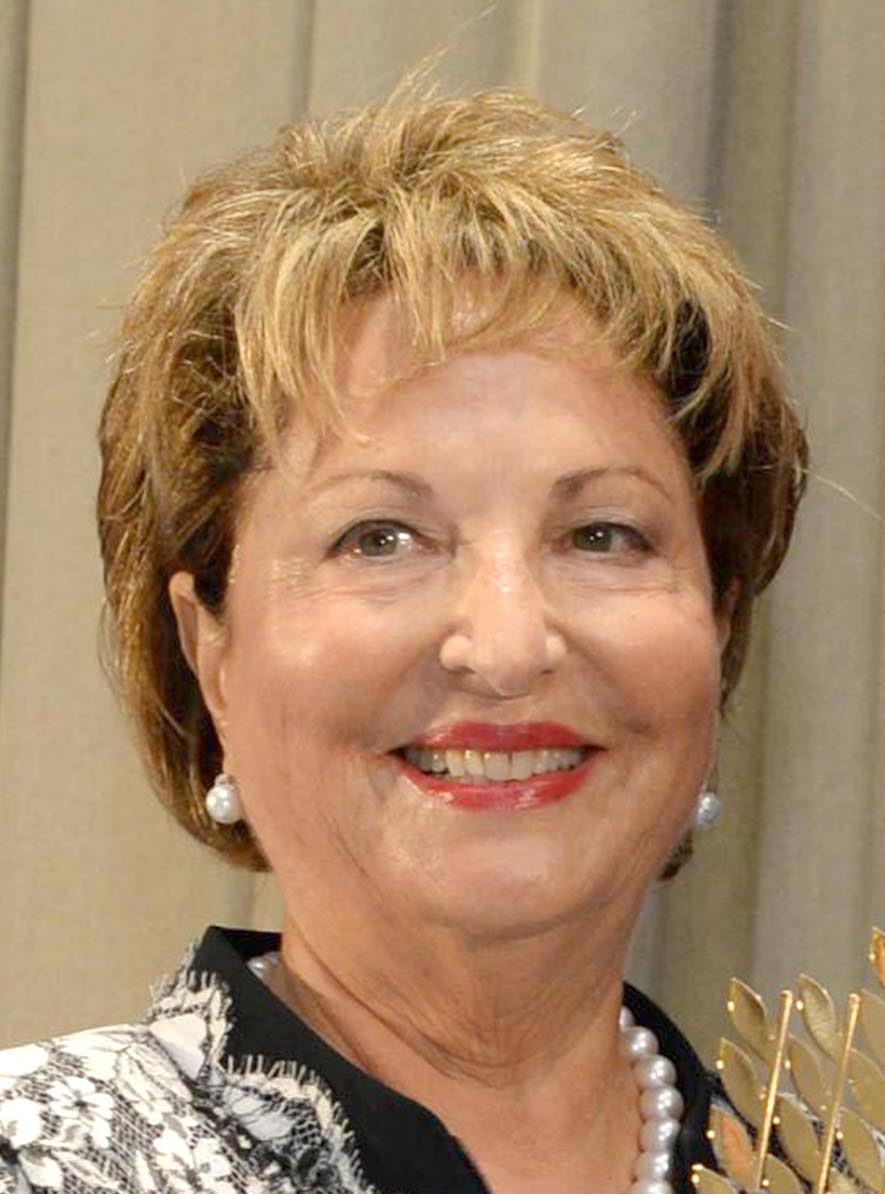 Businesswoman and philanthropist Raya Strauss Ben-Dror is the epitome of an Israeli success story.

Born in northern Israel in 1940 to German parents who established what would become the Strauss food cooperation, Raya Strauss Ben-Dror helped turn the family business into the mega-company it is today. One of the few women of her time to become a business leader, she was always cognizant of the social responsibilities her business entailed, and upon retiring took up social activism full-time.

A major contributor to the western Galilee, where she grew up and continues to live, Strauss Ben-Dror is a patron of local arts, culture and health.  For these and other activities, she was among the torch lighters at the 2010 Israel Independence Day ceremony.

Inspirational quote: “I want people with values. Whoever isn’t willing to dream, who isn’t ready to fall – I wouldn’t want to invest in them.”