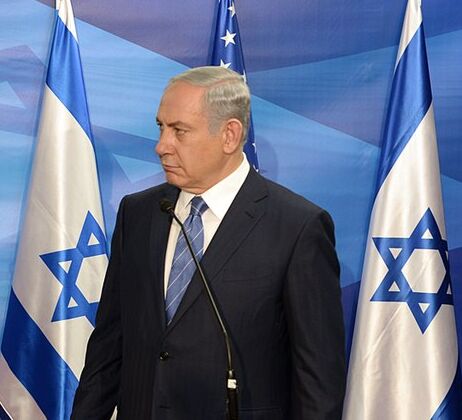 Prime Minister Benjamin Netanyahu Thursday hailed the peace accord reached with the United Arab Emirates and called on the Palestinians to stop their antagonism towards the Jewish state so they could also make peace.

“Since the beginning of the days of Zionism, one of our hands has grasped the weapon of defense, while the other hand has been extended in peace to every one who desires peace,” Netanyahu told the Knesset as he opened the debate leading up to a vote to approve the peace deal with the UAE.

“I still believe that one day the Palestinians will also become sober. One day they will give up the desire to bring us destruction, finally recognize Israel as the nation state of the Jewish people, and begin the journey of true and sincere reconciliation, which we are currently seeing with the many parts of the Arab world. This day will come, too.”

In his 21-minute long speech, Netanyahu recalled his own predictions made 25 years ago about how Israel would achieve peace with its Arab neighbors.

“I have always believed that true peace will one day be achieved only from strength, and not from weakness,” Netanyahu said. “In our region the strong survive, with the strong making alliances, while the weak are trampled.”

Netanyahu rejected suggestions there were hidden clauses in the agreement, saying “in it there is no renunciation of territories, of our homeland.”

Heckled at various points in his speech by left-wing and Arab Knesset members, Netanyahu fired back against those who claimed they were in favor of peace, but were about to vote against it.

“It is amazing that here in the Knesset of Israel there will be people who will vote against peace. Whoever is ostensibly in the peace camp opposes peace. You do not want true peace, you want a reflection of peace, in which Israel is slowly disappearing and crashing,” Netanyahu said.

While the speeches were taking place, right-wing opposition member Bezalel Smotrich tweeted his own doubts about the accord.

“Let it be clear: I personally have a lot of stomach aches and questions about this agreement,” Smotrich said. “It is possible and necessary to criticize the substance of the matter and it is also permissible to oppose it.”

Following Netanyahu’s speech, opposition leader Yair Lapid took the podium and congratulated the prime minister on the agreement, but immediately went on the attack over the the government’s failures in handling the coronavirus crisis.

“The agreement with the Emirates is a beautiful achievement. This is the truth. But we live here. Not in the Persian Gulf. We have a crisis here, here at home,” Lapid said. “And here in your house of failure in crisis management is a failure of which the state hasn’t known the like. It is time for a leader to make a peace agreement here at home, between the Israelis. Sir, it’s your time to go.”