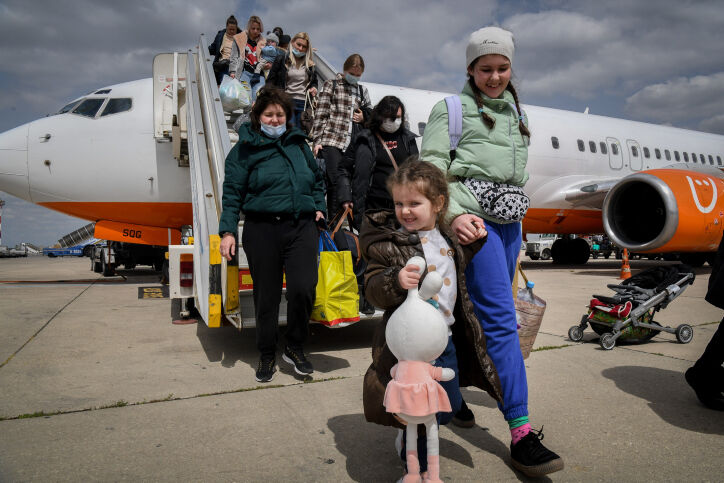 Central Bureau of Statistics data show that 18,891 Russians and 12,175 Ukrainians moved to the Jewish state between February 24, when Moscow initiated the war, and July 31.

Following Russia’s invasion of Ukraine on Feb. 24, immigration to Israel from both countries rose dramatically, according to data released on Wednesday by Israel’s Central Bureau of Statistics.

According to the CBS, 18,891 Russians and 12,175 Ukrainians moved to the Jewish state between February 24 and July 31. The figures do not include Ukrainian refugees who fled to Israel but are not eligible for citizenship.

By comparison, during the same period in 2019, the year prior to the coronavirus pandemic, the CBS recorded 2,651 immigrants arriving in Israel from Ukraine and 7,123 from Russia.

Caption: Jewish Ukrainians who fled war zones in the Ukraine, arriving on a rescue flight at Ben-Gurion Airport near Tel Aviv, March 17, 2022.
Photo by Yossi Zeliger/Flash90.