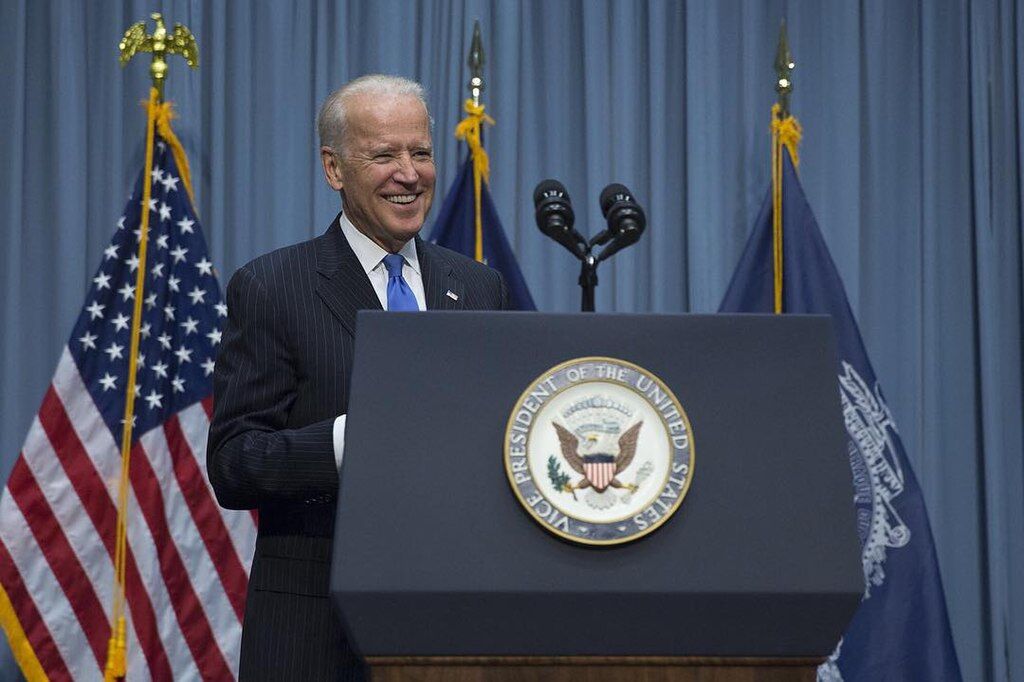 A new president gives us hope for a fresh start, but as a political culture war continues to rage, Jews have an obligation to oppose the silencing of dissenting voices.

Inauguration Day is a moment when it ought to be possible for both the winners and the losers in America’s political battles to set aside their enmity and at the very least pay lip service to the notion of national unity. That’s especially true now, after such a bitter and divisive election, and then the disgraceful U.S. Capitol riot in which even the pretense of civility and common ground between the parties collapsed into violence.

In that context, it was good that President Joe Biden used his inaugural address to speak out in favor of national unity. That may be dismissed by his detractors as mere rhetoric to be contradicted by policies that indicate that he has no intention to govern from the center, so as to allow the nation to move on after the culture wars of the Donald Trump era. But anything that can help to lower the national temperature at this moment of hyper-partisan anger is to be commended.

But the debate over crucial issues that is about to continue under a new president is one in which spirited, even bitter, disagreement is inevitable. The question is not whether Americans of various political convictions will play nicely with each other, but whether the ominous signs that are pointing towards a growing intolerance for disagreement will grow stronger.

Sadly, the indications are—Biden’s nod to unity notwithstanding—that tolerance of dissent is on the wane, especially among those who feel vindicated by Trump’s defeat. This is something that ought to especially scare a Jewish community that has always depended on the American commitment to pluralism and democracy. Yet whether acting out of fear of right-wing anti-Semites that has become more acute in the weeks since the mob riot or out of animus for Trump and many of his supporters, many Jews seem to be cheering on those calling for more censorship on the Internet, as well as shunning and shaming those who voted for him.

For those on the left, talk of unity now is disingenuous. They think that rather than seeking to mollify the other side, what is needed most is an effort to squelch the “deplorables” who embraced Trump. All too many believe that the riot in Washington, D.C., was the inevitable result of Trump’s populist appeals. Whatever you may think about Trump’s responsibility for the events of that day, which has been rhetorically elevated from a criminal riot into an actual “insurrection” as if it were another Civil War, or the irresponsible accusations about a stolen election, it’s quite another thing to assume that support for Trump is indistinguishable from white supremacy, racism and fascism.

That is what is driving the push for censorship on the Internet and social media, as well as calls from political and media figures for a “deprogramming” of Trump supporters. The closing down of social-media accounts of the former president and many of his followers was justified as an effort to avoid more violence, though what it amounted to was simply a quashing of views that the oligarchs of Silicon Valley disliked. That escalated when Google Play, Apple and then Amazon essentially booted Parler—a site that seeks to compete with Twitter—off the Internet.

The sense of outrage on the part of almost all Americans about what happened at the Capitol is being used by social-media companies and the politicians cheering them on to justify the sort of overreaction that could be compared to the restrictions on civil liberties that were enacted by the George W. Bush administration in the wake of the 9/11 attacks. As odious as the riot was, and as irresponsible as Trump’s language and actions have been, there is no excuse for treating his supporters as if they are the moral equivalent of a 74 million-strong Al-Qaeda cell.

The problem here is that Big Tech’s principles are wildly inconsistent. Unproven claims about election fraud are troubling, but are they really worse than the way Twitter allows China’s Communist government to spread lies and propaganda or Iran’s Supreme Leader Grand Ayatollah Ali Khamenei to use his account to issue death threats against dissidents and the State of Israel?

The shift towards censorship on the Internet was in no small measure initiated by those claiming to speak in the name of the Jewish community because of their concerns about its use by extremists, anti-Semites and Holocaust deniers. Celebrities like actor Sacha Baron Cohen and groups like the Anti-Defamation League took the lead in attempting to shame the owners of Facebook and Twitter into denying access to their platforms to bad actors and hate groups.

While that call had a certain plausibility, it was also clear that it would start us down a slippery slope towards more extensive forms of censorship. And sooner than many thought, the moment when we have started sliding down that slope is now here.

These are private companies and, in theory, they have the right to choose who to give access to their platforms. But it’s equally true that Big Tech giants are not the moral equivalent of individual publishers who must be allowed to control their editorial content.

Amazon and Google possess a virtual monopoly over the Internet. With more than 3 billion users, Facebook is the landlord for the national public square, and the same is true to a lesser extent for Twitter. The latter two have achieved this kind of dominance largely with government acquiescence acting as publishers, yet with the kind of impunity from legal complaints that any newspaper or magazine can’t dream of. Section 230 of the 1996 Communications Decency Act exempted them from being held accountable for what went up on their platforms. Treating them as Internet bulletin boards enabled them to dominate communications in a way no publication or broadcast outlet had ever done before.

With so many people cheering on the shutting down of dissenting voices and the labeling of political speech even when it is troubling or wrongheaded as criminal sedition, it’s clear that the main threat to democracy right at this moment comes not from radicals on the margins of the political spectrum. Rather, it emanates from mainstream figures encouraging Facebook’s Mark Zuckerberg, Twitter’s Jack Dorsey and Amazon’s Jeff Bezos to act as if they have a right to become the arbiters of what may or may not be said on the nation’s virtual public square in a way that any would-be dictator would envy.

That is why what is most needed are not tributes to the ideal of unity—important though they may be—or even a ceasefire in the culture war over Trump or the other issues that divide Americans. What is needed is a rededication to the belief that all Americans have a right to speak up for their beliefs, and that no arbitrary power—be it government, mainstream media or Big Tech companies that own the information superhighway—have a right to silence them.

That is particularly important for Jews, as they should be the first to realize that forces that can silence those with unpopular political views can far more easily be manipulated to ban Zionists and supporters of Israel, as well as religious minorities.

Such a recommitment to the principles of the First Amendment runs counter to the fear-mongering now going on about the perils of extremism, as well as the belief on the part of some that speech from those deemed to be deplorable members of society should not be tolerated. It’s time to remind ourselves that free speech for me but not for thee is a form of tyranny, not democracy.