May 11, 2021 | News | Arab-Israel Conflict | People | National
Senior Hamas official calls on Arabs of Jerusalem to ‘cut off the heads of the Jews’ 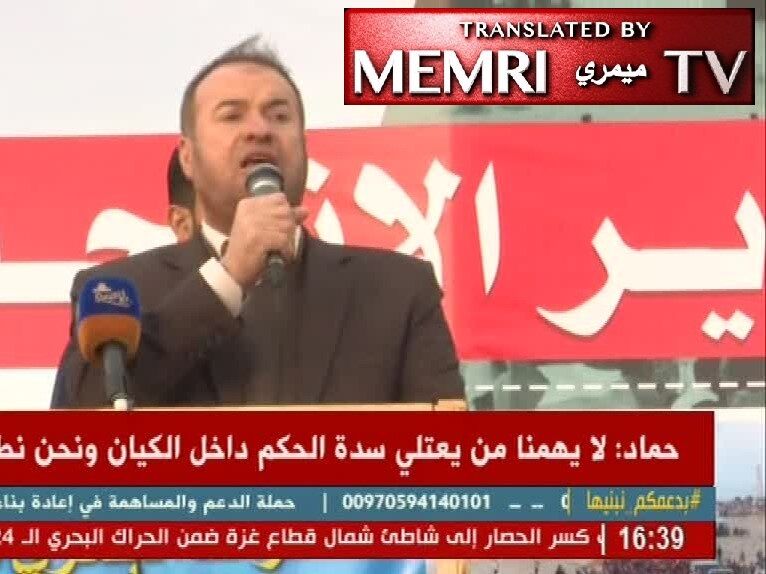 Hours before clashes in Jerusalem that resulted in 17 injured police officers and more than 200 wounded rioters, a senior Hamas official made a public call for the Arab residents of Jerusalem to go out and murder Jews.

In a video aired on Hamas’s Al-Aqsa TV on May 7, Hamas Political Bureau member and former Hamas Interior Minister Fathi Hammad urged people to “cut off the heads of the Jews,” demonstrating with his hands how to begin by severing the artery.

“Buy a knife, sharpen it, put it there, and just cut off [their heads]. It costs just five shekels. With those five shekels, you will humiliate the Jewish state,” he said.

He went on to say that the Jews have “spread corruption and acted with arrogance,” and that “their moment of reckoning had come.”

“The moment of their destruction by your hand has arrived,” he said.

The U.S. State Department designated Hammad as a terrorist in 2016.

This article was first published by the Middle East Media Research Institute.

Caption: On Feb. 19, 2019, Hamas political leader Fathi Hammad said Arab regimes that have normalized relations with Israel will be “buried in the trash heaps of history" alongside the Jews, who are Allah's enemies.
Credit: MEMRI