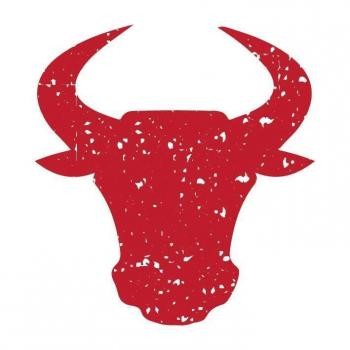 02-624-6444 https://harveys.co.il/
Shim\\\'on Ben Shatakh St 7
Harvey's Smokehouse
7 Shimon Ben Shetach
Phone- 02 624 6444
Hours - Sunday through Thursday, 12 noon to last customer
Friday - closed
Saturday - 7:30 p.m. to last customer
Kashrut - Rabbinut yerushalayim meluderet
Kansas City--my home town; well, Overland Park is more accurate, even though it's just across the state line. Still Kansas City is the home of barbeque. For most Jews growing up there, however, there were no kosher restaurants, so barbeque wasn't a natural part of their culinary tastes. Imagine my surprise when I wandered down a Jerusalem restaurant street, walked into "Harvey's Smokehouse" and spied Kansas City barbeque on the menu.
Harvey Sandler has an interesting culinary history. Sandler is a chef by trade and comes from Vancouver, British Columbia, where he owned a kosher catering company. At the end of December, 2009, he and his wife  and four children made aliyah.
After getting settled, he became chef at Papagaio, where he stayed nine months. Then living in Efrat, he opened a take-away place for a year. In 2011, he was interested in obtaining a larger place and, as such, found that Gabriel, on this same restaurant street, was for sale. He acquired it and ran Gabriel for six years. Late last year, he and a partner decided it was time for a change, so they closed Gabriel December 14, 2017.
"We had the space and realized the biggest trend in America today is barbeque. It is starting to come to Israel, but it didn't exist in Jerusalem, and people wanted something different," said Sandler. On December 17 (yes, three days after Gabriel closed), Harvey's Smokehouse opened.
Welcome to the only smokehouse in Jerusalem! The main room, with seating for eight, is long and narrow with a staircase to the left to an upstairs dining room which seats 40. A large mirror is on one wall. On another wall is a wonderful work of a camp fire, done by Jerusalem artist, Solomon Souza, a friend of the sous chef, who has dazzled Machaneh Yehudah shoppers with his spray-painted
art work on the closed shutters of the vendors.
The second room has a bar with six bar stools and a window to the kitchen; there are three tables which seat 8. The attractive décor is the Jerusalem stone wall behind the tables and a wonderful rendition of an angry bull done by Souza.
Open the menu of this authentic American barbeque smokehouse to "Let's get started"--appetizers ranging in price from NIS 37-53.
From this selection of six, we were treated to appetizer sizes of three. Popcorn chicken (chicken tenders) was crunchy, accompanied by sweet chili dip, chipotle aioli, and barbeque sauce (NIS42).
Next were Texas BBQ nachos--tiny corn tortillas topped with smoked beef shoulder, chipotle aioli, guacamole and pico de gallo  (NIS49).
The last appetizer were burnt ends, a KC tradition of carmelized brisket, KC style BBQ, with yam chips (NIS53).
Well, all were absolutely fantastic, melt-in-your mouth meat samples and  just a little bit spicy.
Next on the menu are five "Greens 'n things,"(NIS18-52), which we did not sample, but when you've got real barbeque, who wants salads!
"From our Traeger Smokers" is the next section where there is a barbeque platter or other choices. Here you choose your meat (price per 100 grams) and one of 7 sides. Included on the sides list are creamy coleslaw (NIS8) and corn bread (NIS10).
Cherry-wood, smoked lamb bacon is offered as an addition to your choice for an additional NIS12.
"From the Grill" are 4 selections with choices of hasselback potatoes or French fries, cole slaw, and chimichurri sauce. These include salmon (NIS95) two others and chateaubriand (NIS295).
Next comes a choice of 5 handcrafted sandwiches, served on freshly-baked Frena bread, ranging from NIS48 to NIS62.
The last thing we sampled came on a tray with a variety of Chef Sandler's choices for us: hickory-smoked brisket; cherry-wood, smoked asado; chorizo; hickory-smoked pulled shoulder beef slivers; hasselback potato; dill pickles; a unique corn bread with chili peppers and pecans; and barbeque sauce, Carolina gold sauce and chimichurri. These were so finger lickin' good, we can't even tell you!
If a few of these words are unfamiliar:
Traeger is a well-known brand of smokers/grills
chipotle are Mexican dried jalapeno chilies
aioli is a Mediterranean garlic and oil sauce
pico de gallo is a salsa made of chopped tomatoes, onion, cilantro, chili, pepper, salt and lime juice
Frena is a traditional Moroccan bread, often baked in a tabun oven
chimichurri sauce comes from Argentina and Uruguay and is a sauce used for grilled meat comprised of parsley, garlic, oil, oregano and white vinegar
chorizo is a Spanish sausage, often spicy
asado is a Brazilian Portuguese type of barbeque, roasted about two hours
hasselback potatoes have slits cut from one end to another leaving the bottom intact, brushed with oil and baked in a hot oven until the slices fan out
What is Kansas City style barbeque? Kansas City style barbeque is slowly-smoked meat, which originated in Kansas City, Missouri, in the early 1900s, rubbed with spices, slowly smoked over a variety of woods and served with a tomato-based barbeque sauce. Typical side dishes are baked beans, French  fries and cole slaw.
There is no dessert menu, but on any given day, you might find a combination of: apple pie, apple tart, halva parfait, chocolate mouse or chocolate soufflé (each NIS approx. 32).
So if you're hankerin' for barbeque, this is absolutely the place to come for a fun evening (especially if Harvey comes out of the kitchen to chat with you) and unique food new to Jerusalem. Make a reservation because this place is full every night!
by Sybil Kaplan

The author was a guest of the restaurant.
Share: