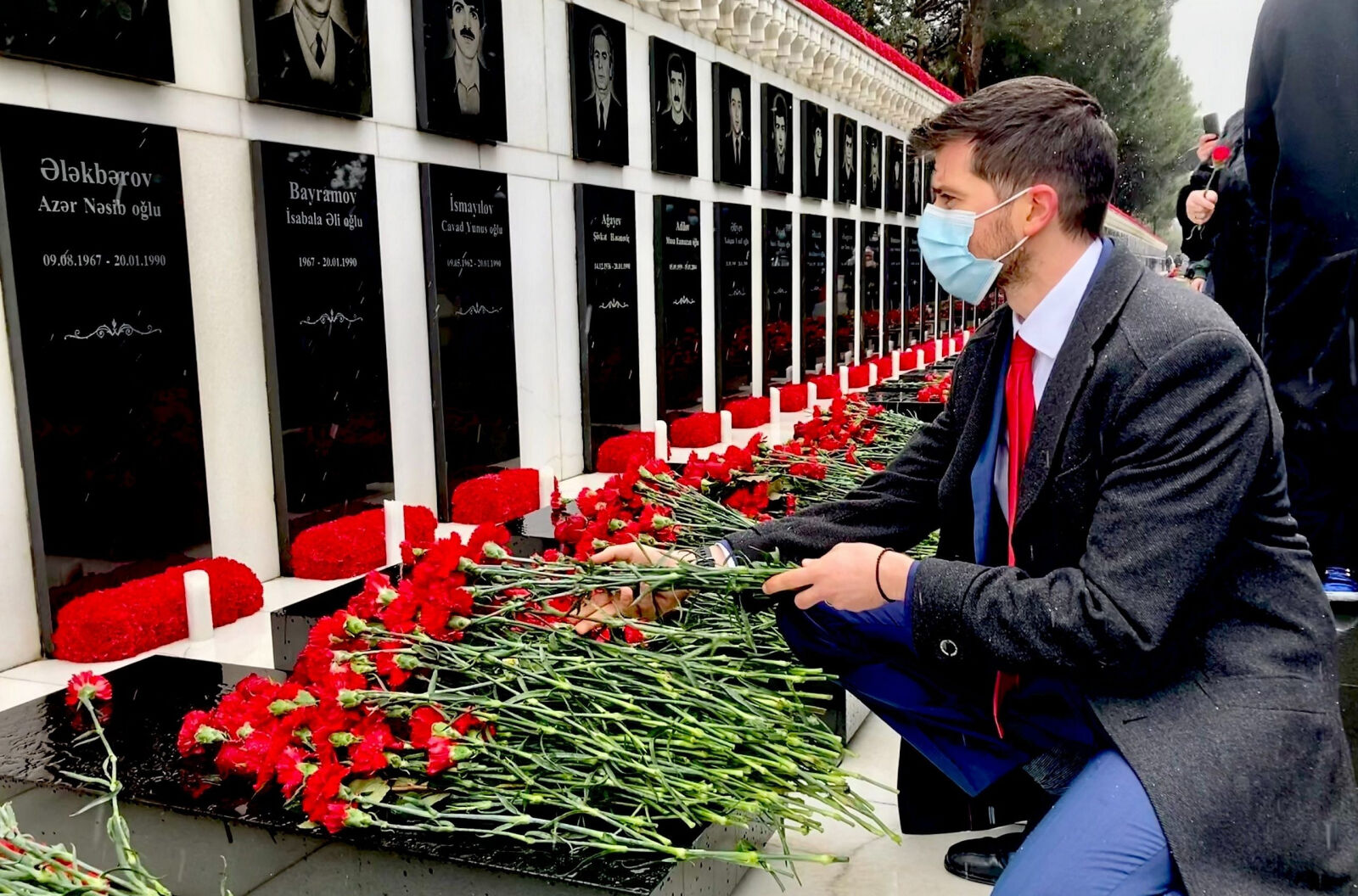 Soviet troops entered Baku, the capital of the Soviet Republic of Azerbaijan, on Jan. 20, 1990, to crack down on the protests calling for Azerbaijani independence. The military intervention resulted in the death of some 170 civilians at the hands of the Soviet army and went down in history as “Black January.”

The tragedy became a pivotal event in the chronicle of contemporary Azerbaijan.

Among the peaceful residents of Baku killed in the massacre were three Jews—Dr. Alexander Markhevka, 17-year-old Vera Bessantina and Yan Meerovich, who died from sustaining 22 wounds. Experts argue that the government-sanctioned massacre in Baku served as the starting point of the Soviet Union’s demise.

On the eve of the occasion’s 31st anniversary, Azerbaijan’s Jewish community hosted a charity event. A memorial service was also held in the Ardabil mosque in Quba. Local government officials in Krasnaya Sloboda—Pisakh Isakov, representative of the religious community of Mountain Jews; Yuri Naftaliyev, chairman of the city council; and Yafo Yadadieva—paid their tribute to the victims.

Members of the religious community of Mountain Jews and representatives of the city’s government distributed food packages provided by the STMEGI International Charitable Foundation to family members of the victims, as well as to underserved senior citizens.

Israeli Ambassador to Baku George Deek tweeted, “Today, I came to the Alley of Martyrs on behalf of the State of Israel to honor the memory of those who fell for the freedom of Azerbaijan. All sacrificed some, but some sacrificed all. We stand with Azerbaijan in honoring the victims of ‘Black January.’ ”

Caption: Israeli Ambassador to Azerbaijan George Deek at the Alley of Martyrs, a cemetery in Baku, Azerbaijan, on Jan. 20, 2021.
Source: Twitter.

Near Rehavia Great Garden unit by the Israel Museum