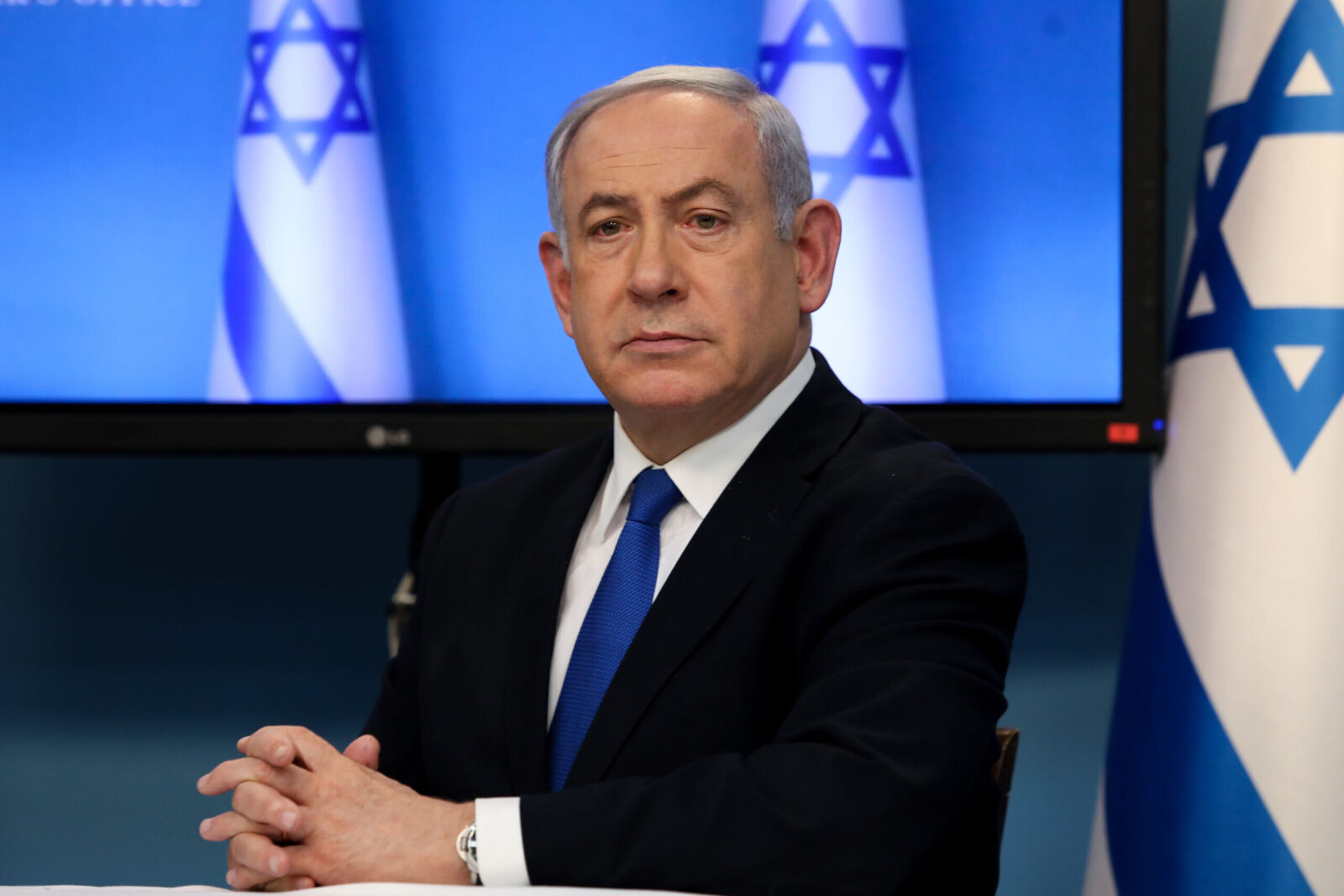 Israeli Prime Minister Benjamin Netanyahu on the diplomatic breakthrough with the United Arab Emirates and Bahrain.

The following is a translation of the speech delivered by Israeli Prime Minister Benjamin Netanyahu during The International Shiloh Forum, Kohelet Forum and Israel Hayom Conference on Oct. 21-22, 2020.

It is my great privilege to address your conference in the wake of the historic peace agreements between Israel and the United Arab Emirates and Bahrain. We brought real peace, a warm peace, peace for peace, economy for economy. We can already see the fruits of this peace. Just recently, the Haifa Port welcomed its first-ever Dubai merchant vessel; we have a new trade route from Israel and the UAE.

This will bring Israel better and cheaper products. I must tell you this is not just limited to trade; it is also in flight routes. The skies are now open over Saudi Arabia and Jordan. All planes, including Israeli aircraft, have overflight rights back and forth. Israeli planes can now fly through that path eastward to India, Asia and of course to the Gulf states. The second-largest energy company, Chevron, has entered Israel, and this is no coincidence—it has internalized the change that has taken place here. It will help us extract the natural gas from the sea, and this will allow the Israeli treasury, the people of Israel, to rake in tens of billions, perhaps even hundreds of billions of shekels.

About a week ago I spoke with my friend, the crown prince of the UAE, Sheikh Mohammed bin Zayed. We agreed to have reciprocal visits, continued close cooperation between our two governments. We talked about the collaborations we have been pursuing in tourism, investments, energy, technology and other matters, including the fight against coronavirus. We have a great deal of issues to pursue together and deliver to you, the people of Israel, including on healthcare. The UAE wants to bring to Israel major investments, hundreds of millions of shekels that would go into our economy to the benefit of all Israelis. This is already happening, and it will increase.

This is always important, but even more so during the coronavirus pandemic, when we need money in order to continue helping the people and boost our economy. I have been a great believer in this peace all my adult life—this is a dream come true. Some 25 years ago, I wrote in my book that Israel could reach peace without making dangerous concessions, a peace that is based on constant Israeli deterrence that relies on ever-growing strength. If the Arabs recognize over the coming generation that a secure Israel is here to stay in the Middle East, a paradigm shift might take place in their approach toward its right to exist. I believe that Arab states will one day stop beating their head against the wall. The approach I promoted in my book is diametrically opposed to another common view that has taken hold today, that Israel will only get peace if it appeases Arabs with far-reaching concessions that would weaken it.

I said that a viable peace could only be achieved if the Jewish people convinced the Arabs, among whom they must live, that they are here to stay. I didn’t just speak and write about this, I also acted consistently and with resolve over the years to reach this goal. Arab states joined forces with Israel because of two key factors: the firm stance that I have led vis-a-vis Iran—and at times I have had to do it alone, not just with respect to the rest of the world but also with respect to many in the Israeli establishment. And on top of our resolve against Iran, we also bolstered Israel’s strength, our military, economic, technological and diplomatic strength.

I would like to take this opportunity to thank President Trump and his team for their immense contribution for achieving these historic agreements. But regarding Iran, this was not easy, and there were times when we did not see eye to eye with the [previous] U.S. administration.

I addressed the U.S. Congress and demanded that the dangerous nuclear deal be nullified. This speech was watched not only here in Israel and the United States, but also—perhaps mostly—in the Arab world. They saw how Israel was fighting with courage against a dangerous enemy that was imposing a reign on terror on the region. They saw how the Israeli prime minister was taking the same stance they have adopted, even if they did not always speak about it out loud. After that speech I got many reactions from leaders in the region. They expressed support and solidarity with our views and wanted to forge closer ties with Israel. This is the reality in the Middle East, and the world: Only the mighty are respected, not the weak.

Peace you make with someone who is strong. Nobody wants to extend a hand to the weak. You make peace with those who are determined to fight to stand firm against and defeat radical Islam, not those who appease it. There were those who said that in order to achieve peace, Israel had to withdraw to indefensible borders, outsource our security to others, uproot tens of thousands or more people and do additional things. World powers told us that concessions would bring peace and peace will bring security. This dangerous plan, had it been implemented, would have made Israel vulnerable and weak economically, security-wise and diplomatically. Peace could not survive over time, if at all, in such a scenario.

Over the past several decades I have championed the exact opposite approach: Those who want peace must first and foremost show strength. That is why I have acted in a variety of positions, as minister and prime minister, to turn Israel into a very strong country. As prime minister and minister I strove to unshackle Israel from the chains of the labor-union-oriented, centralized economy, promoting dozens of reforms that resulted in a revolution of a free market, entrepreneurship and prosperity. I am very appreciative of the fact that someone I have the utmost respect for, and many of whose books I have read, Milton Friedman, said when I was finance minister that finally Israel had a finance minister that believes in and promotes free-market ideas. That is absolutely right. We implemented dozens of reforms, in the face of striking trade unions that paralyzed the country, despite heavy criticism that suggested I was destroying the economy.

But thanks to these changes, and other things that I have done, such as letting our currency trade freely, which allowed people to take more than just a handful of dollars with prior approval from some clerk at the bank, we got rid of that. We changed that. Thanks to those changes, we have been realizing our scientific, technological and entrepreneurial potential, the ingenuity among our people. We doubled and tripled our GDP. Only a strong economy can provide the resources to develop a strong and modern military that would provide us with security and only a combination of our economic strength with our military might will create the third form of strength: diplomatic strength.

These peace agreements are proof that Israel is experiencing an unprecedented boost on the diplomatic stage in Africa, in Asia, Latin America. This is a major transformation. Countries are knocking on our door, because they know that we are a powerhouse in many fields, a technological powerhouse, a cyber powerhouse, a water-engineering powerhouse, and soon we will be a natural-gas powerhouse. These agreements broke the Palestinian chokehold, their veto power.

For the past 20 years, we have been told that we cannot make peace with Arab countries without first making dangerous concessions to the Palestinians. Just recently, a former Israeli prime minister said that “no Arab countries, no Sunni moderate state, not a single one, will establish open ties with Israel, this is just nonsense, as long as the Palestinian issue is not solved there is no chance that these countries will take even one step to reveal the covert ties with them.” I remember how one senior diplomat said that if Israel would not make peace with the Palestinians it would not have peace with the Arab world. But we proved this wrong with the flags of the UAE and Bahrain. I can only hope that the international community has learned from this.

Those who want to revert to the policy that relies on Palestinian consent, the Palestinian veto, will have to wait another generation for a peace that will not be realized. The Palestinians still refuse to recognize the Balfour Declaration. They want to sue the United Kingdom over that, 103 years later. They have refused to make peace not because of the settlement enterprise in our ancestral homeland in Judea and Samaria, but because they refuse to recognize Israel as the nation-state of the Jewish people. Will the Palestinians be able to change? What will change first?

The conventional wisdom has always been that a breakthrough with the Palestinians will lead to a breakthrough with the Arab world, but I have long insisted that this process will work in the other direction. Progress with the Arab world will lead to change in the Palestinians’ stance. I hope that one day they will recognize Israel as the nation-state of the Jews and recognize our right to exist here in our homeland. This day must arrive. And until this happens we will continue safeguarding Israel’s security and developing a powerful and free economy, and will continue to make peace with anyone who wants to make real peace with us. Thank you.

Caption: Israeli Prime Minister Benjamin Netanyahu gives a press conference on the coronavirus pandemic, at the Prime Minister's Office in Jerusalem on March 11, 2020. Photo by Flash90.

The fallout from Fakhrizadeh’s assassination