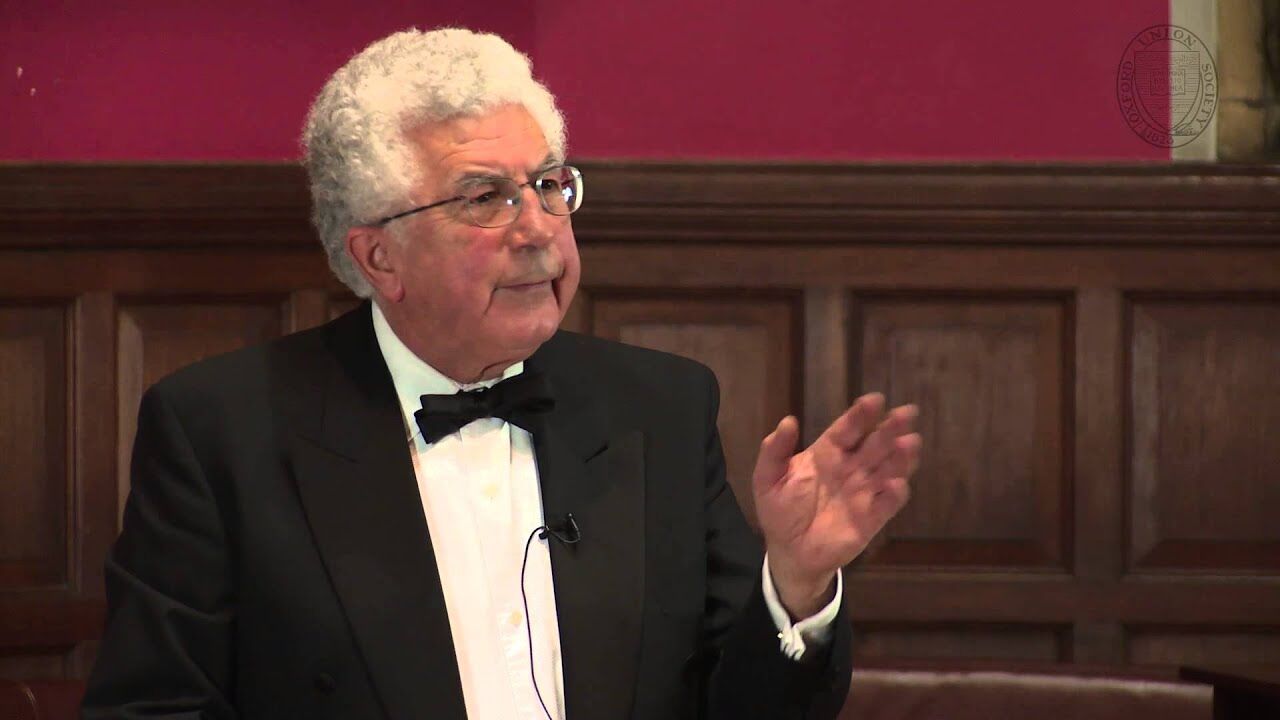 Avi Shlaim’s recommended strategy is based on a selective reading of history. Indeed, his commentary is replete with omissions and misrepresentations.

More than 100 years ago, George Santayana famously intoned that “those who cannot remember the past are doomed to repeat it.” The Spanish philosopher’s warning has often been repeated. Regrettably, it is often ignored, including by many historians.

Avi Shlaim provides the latest example. In a Dec. 22 op-ed in Foreign Policy magazine titled, “If Biden Wants Israeli-Palestinian Peace, He Must Break with the Past,” Shlaim seeks to provide the incoming U.S. administration with advice on how to “achieve in the Middle East.” The Oxford University professor emeritus has even found the culprit for the lack of Israeli-Palestinian peace.

“The basic flaw in the U.S. approach to Middle East peacemaking since 1967,” he claims, is “the unconditional nature of its economic, military and diplomatic support for Israel.” He elaborates, saying “the United States has posed as an honest broker, but in practice, it has acted more as Israel’s lawyer. This has made its policy for resolving the Israeli-Palestinian conflict incoherent, contradictory and self-defeating.” The United States, asserts Shlaim, has held a “monopoly” over peacemaking efforts and has failed “because it was unable or unwilling to use its massive leverage to push Israel into a final-status agreement.”

The implication is clear: Israel at fault for the lack of a permanent peace agreement between Israelis and Palestinians. And America shares the blame for its supposedly uncritical support of the Jewish state.

The solution, Shlaim tells Foreign Policy readers, is for the United States to “impose penalties for Israeli intransigence.” The United States should encourage Israel to adopt the 2002 Arab Peace Initiative, and should it refuse, the Jewish state should be deprived of aid. That proposal, writes Shlaim, would have provided the Palestinians with an independent state on the Gaza Strip and a capital city in eastern Jerusalem.

But Shlaim’s recommended strategy is based on a selective reading of history. Indeed, his commentary is replete with omissions and misrepresentations.

In fact, Palestinian leaders have been presented with numerous opportunities for statehood, and they alone are responsible for refusing them. In 1937 and 1947, Palestinian Arabs rejected British and U.N. proposals for statehood—proposals that were accepted by the Zionists.

In more recent years, Palestinian leaders rejected—without so much as a counteroffer—U.S. and Israeli offers for statehood in exchange for peace in 2000 at Camp David, 2001 at Taba and 2008 after the Annapolis Conference. All proposals would have provided the Palestinians with a state and a capital in eastern Jerusalem. All were accepted by Israel. And all were refused by the Palestinian leadership. The 2008 offer served as the basis for Obama administration proposals, in both 2014 and 2016, to restart negotiations. Indeed, the 2016 proposal was made by then-Vice President Biden himself.

Yet in a 2,000-word op-ed that is ostensibly about the failures of the “peace process,” Shlaim entirely omits this history of Palestinian rejectionism. No doubt it would detract from his Israel-blaming thesis.

Indeed, the entire history of the Israeli-Palestinian conflict could fairly be summarized as one of Israel, the United States, the United Nations and others making proposals for peace in exchange for statehood—only for them to be uniformly rejected by Palestinian leaders.

Shlaim is similarly disingenuous when he writes that the 2002 Arab peace initiative was “the real deal of the century,” and was accepted by the Palestinian Authority and rejected by Israel. That plan, he notes, called for “just settlement of the Palestinian refugee problem based on U.N. Resolution 194.”

The historian fails to note that the initiative was made during the Second Intifada (2000-05), the five-year-long Palestinian terror campaign in which then-head of the Palestinian Authority, Yasser Arafat, was financing and supporting the murder of Israelis. Arafat considered the “just settlement of the Palestinian refugee problem” to include allowing hundreds of thousands of Palestinian Arabs and their descendants to settle in Israel—not in a separate, nascent Palestinian Arab state. As the Committee for Accuracy in Middle East Reporting and Analysis (CAMERA) noted in The Washington Post in 2018, this idea “negates the idea of Palestinian statehood—unless that state means, by its definition, the demographic end of the Jewish nation of Israel.” As CAMERA told Post readers: “Perhaps that is why some Palestinian leaders prefer it and have instead chosen to reject U.S. and Israeli proposals for peace and statehood.”

Elsewhere, Shlaim stated outright lies. He claims that Israel’s nation-state law is evidence of “apartheid.” Yet all Israeli citizens enjoy equal protection under Israeli law. Arabs living in Israel serve on the Supreme Court, hold elected office and enjoy vastly greater political rights than Arabs living under the rule of the P.A. in the West Bank or Hamas in the Gaza Strip, both of which are Judenrein. Indeed, more Arabs have voted in Israel than under the P.A. or Hamas. However, Shlaim declines to castigate either entity.

Nor is true that U.S. support for Israel has been “unconditional.”

During the 1948 War of Independence, America imposed arms embargoes on the fledgling Jewish state while it was fighting for its very existence. In 1953, in a failed bid to gain Arab support, the United States briefly suspended the small amount of assistance it was then giving the Jewish state and forced Israel into a water-sharing plan with Jordan, Syria and Palestinian Arabs. The CIA even created a front group, called the American Friends of the Middle East, which “sought to weaken support for the Jewish state in the U.S.,” as historian Michael Doran has documented.

The United States also forced Israel to give up land that it had won during the 1956 Suez war, threatening the country with sanctions and expulsion from the United Nations should it not comply. As CAMERA highlighted in a Jerusalem Post op-ed (June 8, 2020) in August 1970, America forced Israel to accept a ceasefire with Egypt during the War of Attrition—threatening to withhold military aid. Egypt used that ceasefire to set up SAM-2 and SAM-3 surface to air missiles, which were used to devastating effect in the 1973 Yom Kippur War.

Shlaim’s revisionist history is unsurprising. Historians like Martin Kramer, Efraim Karsh, Shabtai Teveth and Avi Beker, among others, have cataloged his penchant for trafficking in falsehoods and distortions. For Shlaim, history isn’t a source for learning; rather, it’s an opportunity to fashion anti-Israel propaganda.

Sean Durns is a senior research analyst for CAMERA, the 65,000-member, Boston-based Committee Accuracy in Middle East Reporting in America.