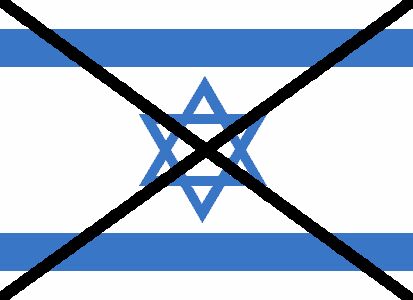 Earlier this month, these outlets promoted B’Tselem’s adoption of the anti-Israel Palestinian lie that Israel is an “apartheid” state.

The AP report claimed that the decision by Israel Education Minister Yoav Gallant to bar members of B’Tselem from giving presentations or conducting other activities in government-funded public schools was “undemocratic.”

Gallant’s decision was made after the controversial group, which is mostly funded by European governments, published a report that adopted the false claim by the anti-Israel Boycott, Divestment, Sanctions (BDS) movement that the Jewish state is an “apartheid regime” akin to a South African system in which specific laws relegated black citizens to second-class status, resulting in horrific oppression and injustice.

Israel has no such laws, and its Arab citizens are entitled to equal rights under the law.

“The Israeli government has not banned B’Tselem from assuming any position; rather, Jerusalem has determined, in accordance with the law, that state-funded schools are not appropriate vehicles through which to slander Israel,” media watchdog HonestReporting noted.

Gallant was clear when he said that organizations like B’Tselem “contradict the goals of the education system, including calling Israel false disparaging names, opposing Israel as a Jewish, Zionist and democratic state, discouraging meaningful service in the IDF, or acting to harm or degrade IDF soldiers during or after their service.”

The AP report quoted a representative of Adalah, another pro-BDS organization that, like B’Tselem, claims it is a “rights group,” although the goal of BDS is to eliminate Israel as a Jewish state and ban academic freedom for Israelis.

Adalah said it appealed to Israel’s attorney general to cancel Galant’s directive, saying it was an unauthorized move to “silence legitimate voices.”

However, the reality is that in 2018, the Knesset passed a law authorizing the education minister to prevent members of groups that “act against the goals of education and against the IDF from entering schools.”

“The law was intended to curb organizations from fanning flames of hatred against Israel through the promotion of the BDS movement’s annihilationist agenda,” HonestReporting noted. Meanwhile, the AP article only mentioned near the end that “it was not clear if Galant’s decree was rooted in the 2018 law.”

“Yes, it was,” HonestReporting retorted. “The contradiction between B’Tselem’s ‘apartheid’ accusation and its previous efforts to single out Israel for condemnation and what is meant to be taught at Israeli public schools could not be more stark.”

The solution to de-legitimatization begins in Israel

Palestinian premier: ‘If ICC indicts Israel, we can take US firms to court’