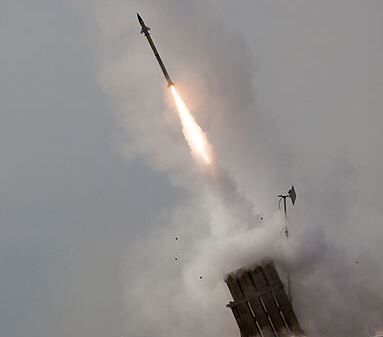 Terrorists in Lebanon fired three rockets Thursday night at Israel, but the rockets flew over the Israeli town of Shlomi and exploded in the sea, the Israeli military said.

“Three launches were identified from Lebanese territory towards the sea off the coast of the Galilee,” the IDF said in a statement, adding that no sirens were sounded because the rockets were tracked and it was determined they would not hit near any populated area.

Residents of the town of Shlomi on the Israeli border, which has previously been hit by rockets fired from Lebanon, told Channel 11 news that they clearly heard the roar of the rockets passing over them.

A Lebanese defense official said that he believed Palestinian organizations were behind the rocket fire, not the Iran-backed Hezbollah terror group that has repeatedly threatened to attack Israel and is known to have more than 150,000 rockets in its arsenal.

Sources close to Hezbollah told the French AFP news agency that the Lebanese Shiite group had no connection to the rocket incident.

The Israeli news monitoring channel Abu Ali Express said reports from north of the border indicated that the Lebanese army was deployed in the area of Tyre, some 22 kilometers north of the border, to prevent any more launches towards Israel.

Lebanese news sources posted pictures of another rocket ready for launch that was reportedly seized by the Lebanese army Thursday after the three rockets were fired shortly after 8 p.m.

The rockets were launched in apparent support of terrorists in Gaza, who have fired over 1,400 rockets at Israeli towns and cities since Monday, resulting in the deaths of nine Israelis.

It was the first reported rocket attack from Lebanon aimed at Israel since 2015. Rockets have been fired at Israel from Lebanon for the past five decades, with the worst occurence being the 2006 war when Hezbollah fired over 4,000 rockets at Israel that killed 44 Israeli civilians and wounded 1,384 people.

What’s disproportional is the criticism of Israel