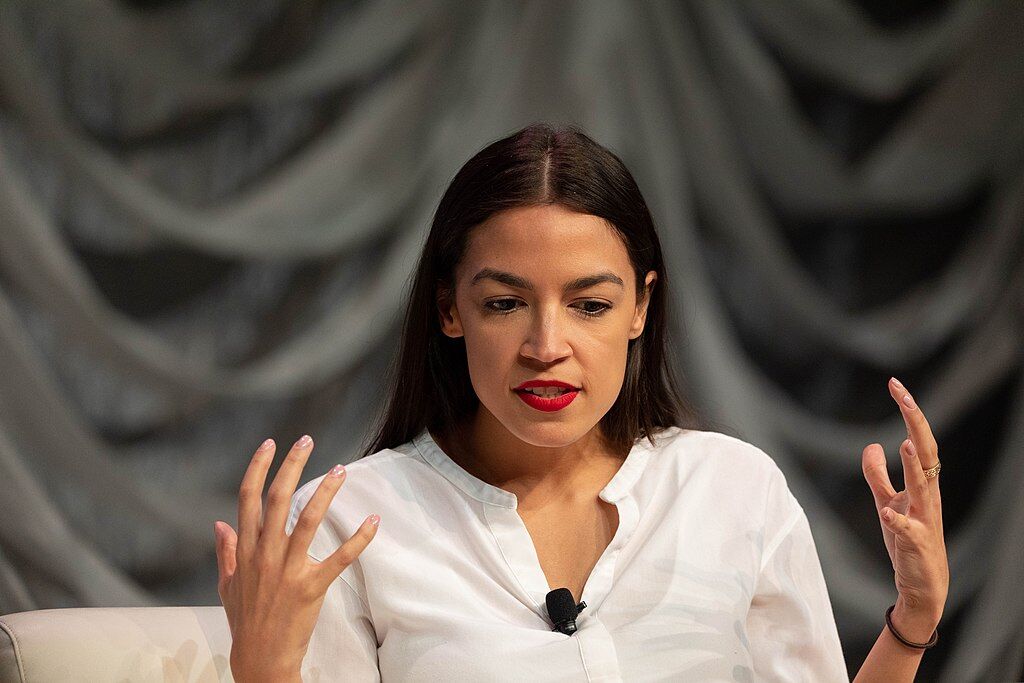 Congresswoman Alexandria Occasio-Cortez has been accused of legitimizing Hamas, after the congresswoman introduced an amendment to military spending to block Israeli procurement of U.S. weaponry.

In a tweet sent Friday evening Israel local time, the congresswoman boasted that she has introduced seven amendments to the National Defense Authorization Act (NDAA), the annual budget and expenditures of the U.S. Department of Defense, “including blocking specific U.S. weapons transactions to [the] Israeli gov over the bombing of Palestinian civilians, media centers.”

Her reference to media centers is likely a reference to the bombing during May’s Operation Guardian of the Walls of a building which housed both the offices of the Associated Press (AP), and Hamas’ operations including military intelligence offices, the research and technological development department, and technological systems that enabled terrorist attacks against Israeli citizens.

Responding to the congresswoman’s tweet, Israel’s ambassador to the U.S. and the UN, Gilad Erdan, shot back: “I would expect a Congressperson to understand that Israel is defending its citizens against Hamas, a designated terrorist organization. Your amendment further legitimizes their heinous attacks against innocent civilians, as well as antisemitic lies.”

He added: “Israel & the U.S. have a strategic alliance, critical to the security of our two countries. Israel is a world leader in the fight against terrorism, and our partnership has helped prevent terrorist attacks against American citizens many times in the past.”

In a statement released Thursday, Occasio-Cortez’s office said the amendments “collectively seek to end U.S. practices that have contributed to human rights abuses.”

The amendment related to Israel seeks “to suspend the transfer of Boeing Joint Direct Attack Munition (JDAM) weaponry under the $735 million direct commercial sale to the Israeli government,” the statement explained.

Her office added: “The Congresswoman introduced a resolution in the Spring with the same goal, following the death of 200 Palestinians during hostilities this Spring. This would block the transfer of the same kind of Boeing weaponry that the Israeli government used to kill 44 Palestinians in one night in al-Rimal,” including a link to a New York Times article on airstrikes carried out May 16 of this year.

It is believed that an Israeli airstrike on Hamas underground facilities inadvertently led to the collapse of a building, killing 44 Palestinians.

In May, the Biden Administration approved the sale of the JDAMS, giving notice to congress five days before Operation Guardian of the Walls swung into action. U.S. President Joe Biden said at the time: “my expectation and hope is this will be closing down sooner than later, but Israel has a right to defend itself.”

However, a number of House Democrats including Occasio-Cortez and close ally Rashida Tlaib filed a resolution as the conflict raged, slamming the U.S. for selling weapons to Israel “without ever requiring them [i.e. Israel] to respect basic Palestinian rights.”

Occasio-Cortez’s latest amendment is unlikely to pass amid strong support for Israel in congress, however, it could re-ignite fierce debate over America’s support for the Jewish State among elected officials.