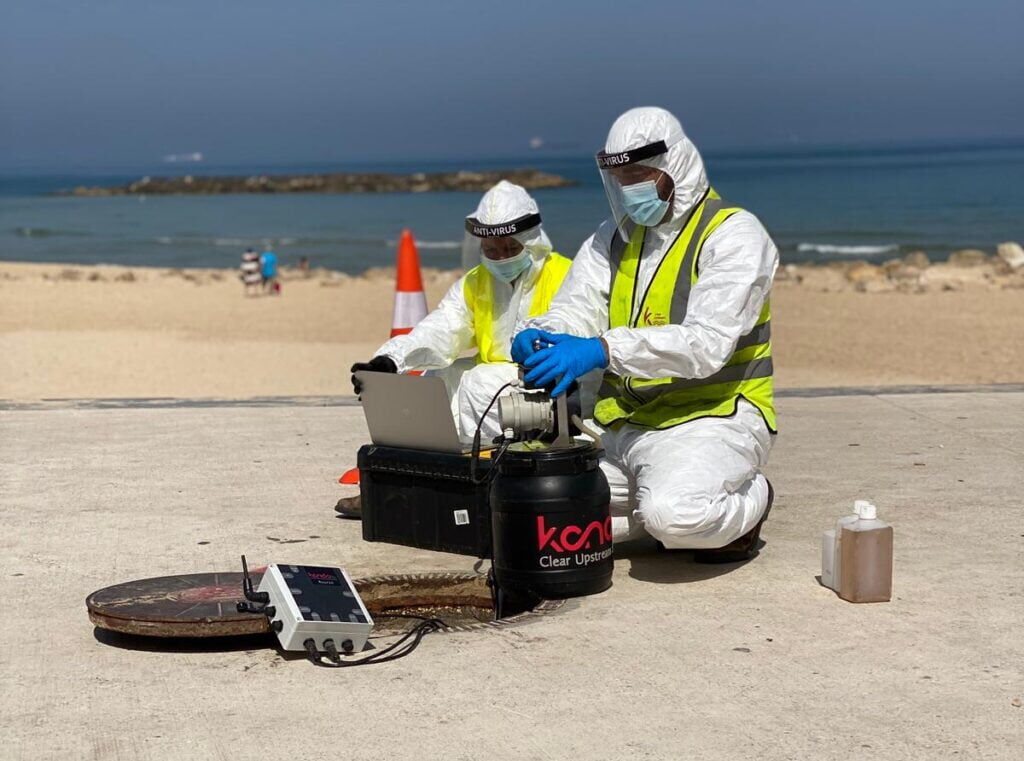 Israel’s Ben-Gurion University of the Negev (BGU) has signed an agreement with the Israeli Ministry of Health to expand a tracing program to detect and monitor SARS CoV-2, the virus that causes COVID-19, in sewage samples from 14 cities across the country.

The Ministry of Health is funding this larger sewage pilot study before implementing the tracking methodology countrywide, according to a university announcement. Monitoring serves as an early warning system of outbreaks.

In May, BGU scientists announced they had developed a new methodology to trace the SARS-CoV-2 virus through sewage and wastewater systems in Israel, which could potentially be used to track outbreaks.

The tracing work has been done in collaboration with Israeli company Kando, a wastewater technology firm levering IoT tech. Founded in 2011, Kando uses IoT, advanced algorithms, and artificial intelligence technologies to enable wastewater utility organizations to detect pollution anomalies and blockages in real-time to keep sewage systems hygienic and working. The company turned its attention toward SARS-CoV-2, the virus that causes COVID-19, in early April.

has reported that it was able to detect traces of the novel coronavirus in the sewage system, following its first pilot program in Ashkelon.

The trial in Ashkelon was first launched in early June, and involved monitoring the municipal sewage system for the virus using Kando’s tech. The results, released in August, showed an ability for early detection of outbreaks in wastewater as well as the location of precise hotspots, down to specific neighborhoods and even streets.

Using the company’s tools to measure waste streams in the municipal sewage system, the researchers were able to “accurately measure concentrations of the virus remnants and determine the approximate number of those suffering from the infection,” Kando said. They did this by factoring in necessary data such as industrial effluent (treated wastewater) which destroys the virus, and sewage flow, which dilutes the virus’ concentration.

“We can identify SARS-CoV-2 in the sewage and wastewater, which will serve as an early warning system for future outbreaks,” said Prof. Ariel Kushmaro, the principal investigator from BGU’s John A. Ungar Chair in Biotechnology, of the Avram and Stella Goldstein-Goren Department of Biotechnology Engineering.

“Monitoring our sewers is like taking the ‘blood test’ of a city,” Kando CEO Ari Goldfarb said in August. “The successful initial results of this pilot study demonstrate that our sophisticated wastewater monitoring systems can help detect new outbreaks and determine exactly where and how serious they are.”

In previous studies, Dr. Berchenko successfully tracked a wild poliovirus after an outbreak in the sewage system in Israel in 2013.

The project received initial funding and support from BGU’s Coronavirus Task Force, which was created by university president Prof. Daniel Chamovitz to harness the research of the faculty and students to tackle various aspects of the COVID-19 pandemic.