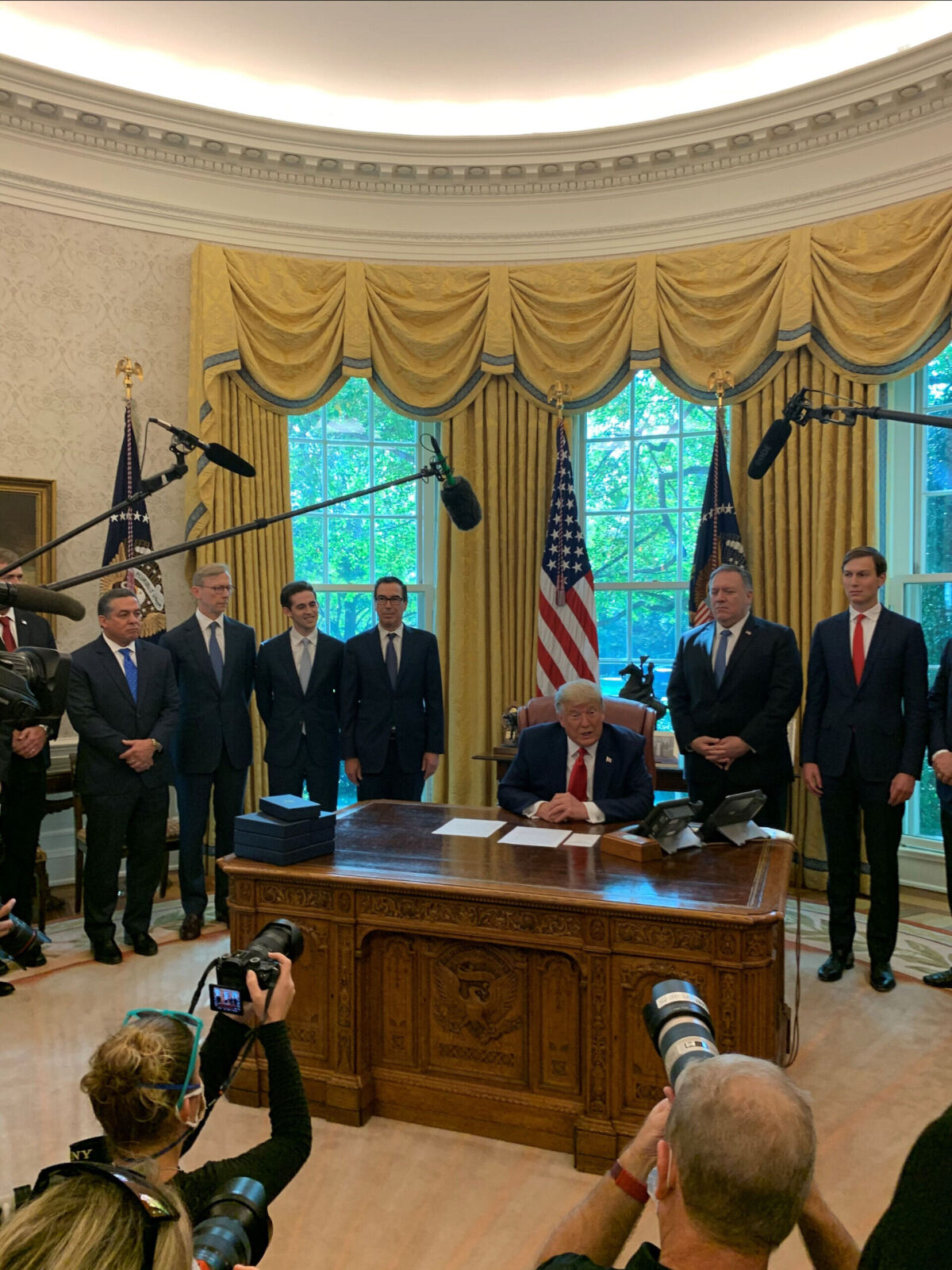 The deal with Khartoum deals another blow to the notion that progress between the Arab world and Israel is inextricably linked to the Palestinian issue.

The main achievement the Israel-Sudan peace treaty entails is not bilateral, but rather regional: Another country has left the cycle of conflict and ceases to serve as a hotbed of anti-Israel political and security activity.

Unlike the peace deals with the United Arab Emirates and Bahrain, the treaty with Sudan has little to offer from an economic standpoint. Sudan has nothing to export to Israel, and given the state of Khartoum’s coffers, it is doubtful whether it can import much from Israel.

There is no doubt that some business deals are on the horizon, mostly involving Israeli technologies in the fields of water, agriculture and food, and they will help bring Sudan into the 21st century, but overall trade between the two countries is likely to remain small-scale.

First, diplomatically speaking, it means another country previously hostile to Israel now recognizes it and establishes full diplomatic and trade ties with it. This goes beyond mere declarative importance, and means one less country will vote against Israel in international organizations and forums, and will no longer join efforts to impose boycotts or sanctions on the Jewish state.

Second, from an Arab-Muslim standpoint, the accord means another dent has been made in the wall of opposition Israel faces in the Arab world. Sudan, where in 1967 the Arab League infamously declared its “Three Nos” policy—no to recognition, no to negotiation and no to peace—has now become the fifth Arab nation to recognize Israel, and by doing so has further chipped away at the notion that any progress between the Arab world and Israel is inextricably linked to the Palestinian issue.

And last—but by no means least—is the security issue. It is not for nothing that Sudan was included in the U.S. list of state sponsors of terrorism—there are more than a few terrorist groups that call Sudan home, and Khartoum maintains close ties with Iran.

Iranian ships regularly docked at Port Sudan en route to delivering anything from rockets and mortars to anti-tank missiles, explosives and weapons to Hezbollah in Lebanon and Hamas and the Palestinian Islamic Jihad in the Gaza Strip.

According to foreign media reports, Israel has, on several occasions, thwarted these smuggling efforts, mostly by eliminating these deliveries at sea.

This activity has significantly reduced the scope of terrorism emanating from Sudan, but now it seems that the new agreement will make it possible to further tighten control over any terrorist activity on Sudanese soil.

This deals thus deals a significant blow to terrorist organizations, and especially to their chief patron, Iran, which is no doubt concerned about the growing number of smuggling routes being cordoned off, as well as the growing number of Muslim countries that are choosing to seek peace with Israel.

Tehran will undoubtedly carve out new smuggling routes to keep assisting its proxies in Lebanon and Gaza, and the ayatollahs will certainly do what they can to pressure Arab leaders against following in the footsteps of the UAE, Bahrain and Sudan.

Behind the scenes a diplomatic battle is being waged for Qatar’s allegiances: The United States and Israel are trying to mediate rapprochement between Qatar and Saudi Arabia in an effort to pull Doha away from the radical Islamist axis headed by Turkey.

If these efforts prove effective the radical states will become more isolated than ever and the Middle East will be very clearly divided between the “good guys” and the “bad” ones.

Yoav Limor is a veteran Israeli journalist and columnist for Israel Hayom.

Caption: U.S. President Donald Trump and senior members of his administration in the Oval Office of the White House as Sudan agrees to normalize relations with Israel. Credit: Michael Crowley/The New York Times for White House/POOL.

Lebanese president to US official: Impasse in maritime border talks can be overcome