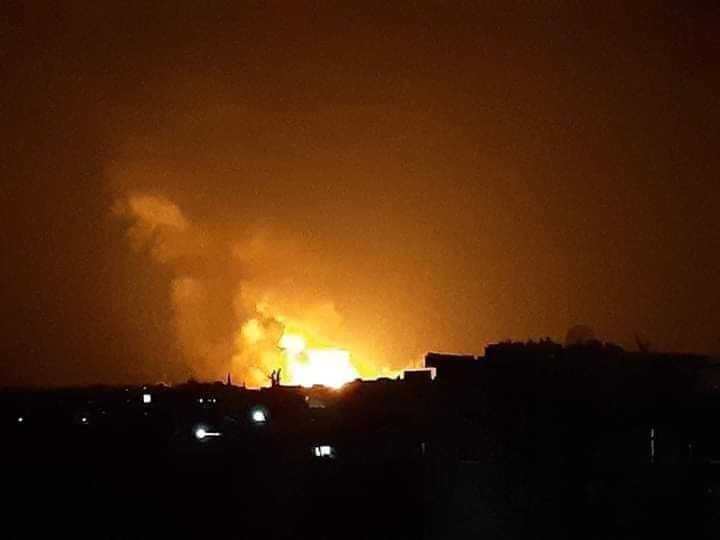 The attacks caused damage but no casualties, according to Syrian state media • A U.K.-based group claims that the strikes destroyed an Iranian base and weapons depots used by Iran-backed militias.

Israel carried out airstrikes in the vicinity of Aleppo in northern Syria on Monday, Syrian state media reported on Tuesday.

The Syrian Arab News Agency (SANA) quoted a military source as saying that the strikes had targeted a number of sites in the As-Safira region to the southeast of Aleppo, and had caused material damage but no casualties.

U.K.-based war monitoring group Syrian Observatory for Human Rights (SOHR) reported on Monday that the strikes had targeted “Syrian regime defense factories” in the As-Safirah area, as well as sites in the vicinity of Jabal al-Waha.

The targeted sites hosted an Iranian base and weapons warehouses used by Iran-backed militias, which were destroyed in the attack, according to SOHR. No casualties have thus far been reported, the group said.

The Israel Defense Forces did not comment on the reports.

The strikes are the latest in a series of hundreds of attacks on Iranian targets in Syria attributed to Israel.

On June 8, SANA reported that Israel had hit targets in the center and south of the country, causing damage but no casualties. However, SOHR reported that the strikes had resulted in “many casualties.”

On May 5, Syria reported an attack on several sites in the region of the port city of Latakia, and on June 1, Israeli ground forces destroyed a Syrian regime observation post established on the Israeli side of the U.N.-patrolled buffer zone between the two countries in the Golan Heights.

Israel has repeatedly warned Iran that it will not permit the Islamic Republic to establish itself militarily in Syria.