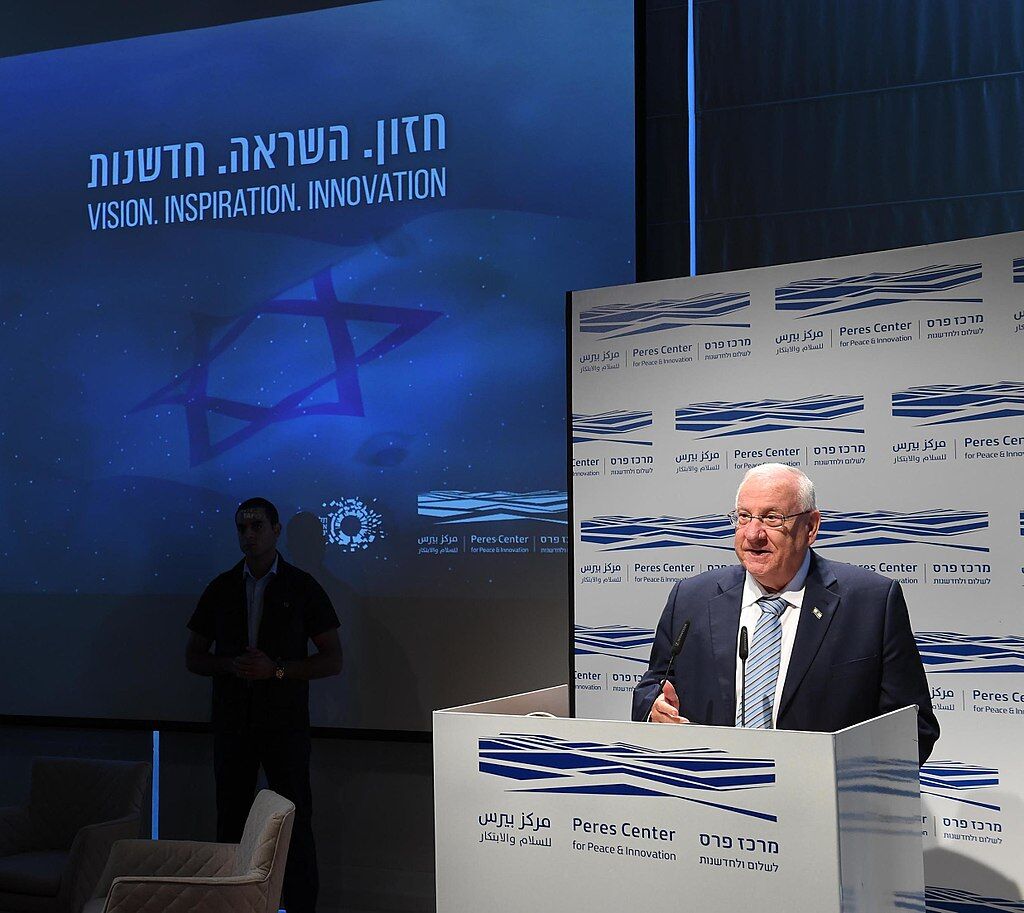 The Israeli Ministry of the Interior and the Peres Center for Peace and Innovation announced on Tuesday that the cities of Eilat, Beit Shemesh, Netanya, and Sakhnin were selected to expand the unique Hazira innovation program.

Hazira (the area or the scene, in Hebrew) is a partnership between Bloomberg Philanthropies, Israel’s Ministry of Interior and the Peres Center for Peace and Innovation for a national network of hubs for municipal innovation across Israel. These hubs provide municipalities with the tools needed to tackle their most difficult, complex challenges, and build capacity. Innovation teams (i-teams) are established at the local level, for each city, to implement these tools and resources.

The program was announced in September 2019 with the purpose of setting up innovation hubs in 12 Israeli cities over the course of five years.

Eilat, Israel’s southernmost city, with the only Israeli port on the Red Sea, has 55,000 inhabitants and 8.2 million tourists a year. The city of Beit Shemesh has about 125,000 residents and is located 30 kilometers (19 miles) west of Jerusalem. Netanya, the capital of the surrounding Sharon plain, has over 230,000 residents. Sakhnin has over 35,000 and is located in the Lower Galilee in northern Israel.

Each of the selected local municipalities will tackle a complex challenge in their community and embark on a two-year in-depth innovation process, beginning with the recruitment of their own local i-team, which will include a team lead and five members from across city departments.

Each i-team will receive training by the Hazira team, a multidisciplinary team of professionals trained and experienced in the program’s tested, impactful approach to innovation aimed at building civic innovation capacity that will be capable of sustainably and innovatively addressing the challenges and improving the lives of residents for years to come.

Each of the local municipalities that applied for the program were asked to identify three challenges that their city or cluster faces that they feel is most crucial to address. A committee comprised of representatives from Bloomberg Philanthropies, the Ministry of the Interior, and the Peres Center for Peace and Innovation ranked the applications and selected 10 cities and three clusters to move on to a round of in-depth interviews, which took place over a four day period in mid-November. Cities and clusters sent their mayor, the director-general of the municipality, and a key stakeholder representing one of the 3 challenges that were outlined in their application.

Ashdod, Israel’s sixth-largest city, is utilizing the program to improve the prosperity of commercial and service businesses in residential districts, against the backdrop of the COVID-19 crisis, in order to revive the public space. The central Israeli city of Bat Yam is using the program to improve cleanliness and the public sense of cleanliness in the city. The northern city of Acre aims to revive small businesses.

The Western Negev Regional Council, made up of nine local authorities including Rahat, the largest Bedouin city in Israel, as well as Sderot, Netivot and Ofakim, three historically disadvantaged “development towns,” is implementing the program to improve mobility and connectivity to major arterials and public transportation services.

“This initiative is a wonderful example of cooperation between government – The Human Capital Planning Division in the Development Administration of the Ministry of the Interior – and civil society bodies in the US and Israel – The Peres Center for Peace and Innovation Center and Bloomberg Philanthropies,” said Mordechai Cohen, director general of the Ministry of the Interior.

“The Hazira Initiative is another expression of the legacy of Shimon Peres. He believed that municipalities and local authorities are at the forefront of public leadership and should therefore be equipped with the best innovative tools possible to bridge gaps and serve the entire public,” added Efrat Duvdevani, director general of the Peres Center for Peace and Innovation.

Duvdevani said the collaboration between Bloomberg Philanthropies, the Peres Center and the Ministry of the Interior is intended to be a “turning point for the wellbeing of residents where the program is implemented.”

“Particularly during this corona-age, we see how important it is for municipalities to make information accessible to the public and to safeguard the health, education, economy and welfare of their residents,” she said.

“Together, we are helping to apply practical innovation to solve the health, social and economic challenges of the corona-era. Through the integration of innovative tools, we are strengthening the role of the local authority in the eyes of residents, local partners and central government,” Cohen said. “Alongside our partners in this initiative, we were determined to continue with the second cycle of the program, despite the current challenging period we are all facing.”

The foundation already has i-teams in place in Tel Aviv, Beersheba, and Jerusalem, some of which have been running for several years. The program, which helps municipalities drive innovation, is also active worldwide across over 250 cities such as Toronto, Canada, Anchorage, Alaska, Austin, Texas, Baltimore, Maryland, and Detroit, Michigan, among many others. It has helped city halls tackle issues such as poverty, neighborhood revitalization, and aging infrastructure.

“Cities have to find creative ways to address complex challenges with limited resources,” said former mayor Bloomberg in a statement in September 2019, “Innovation teams help them do that, and our program has had a lot of success working with cities in Israel.”