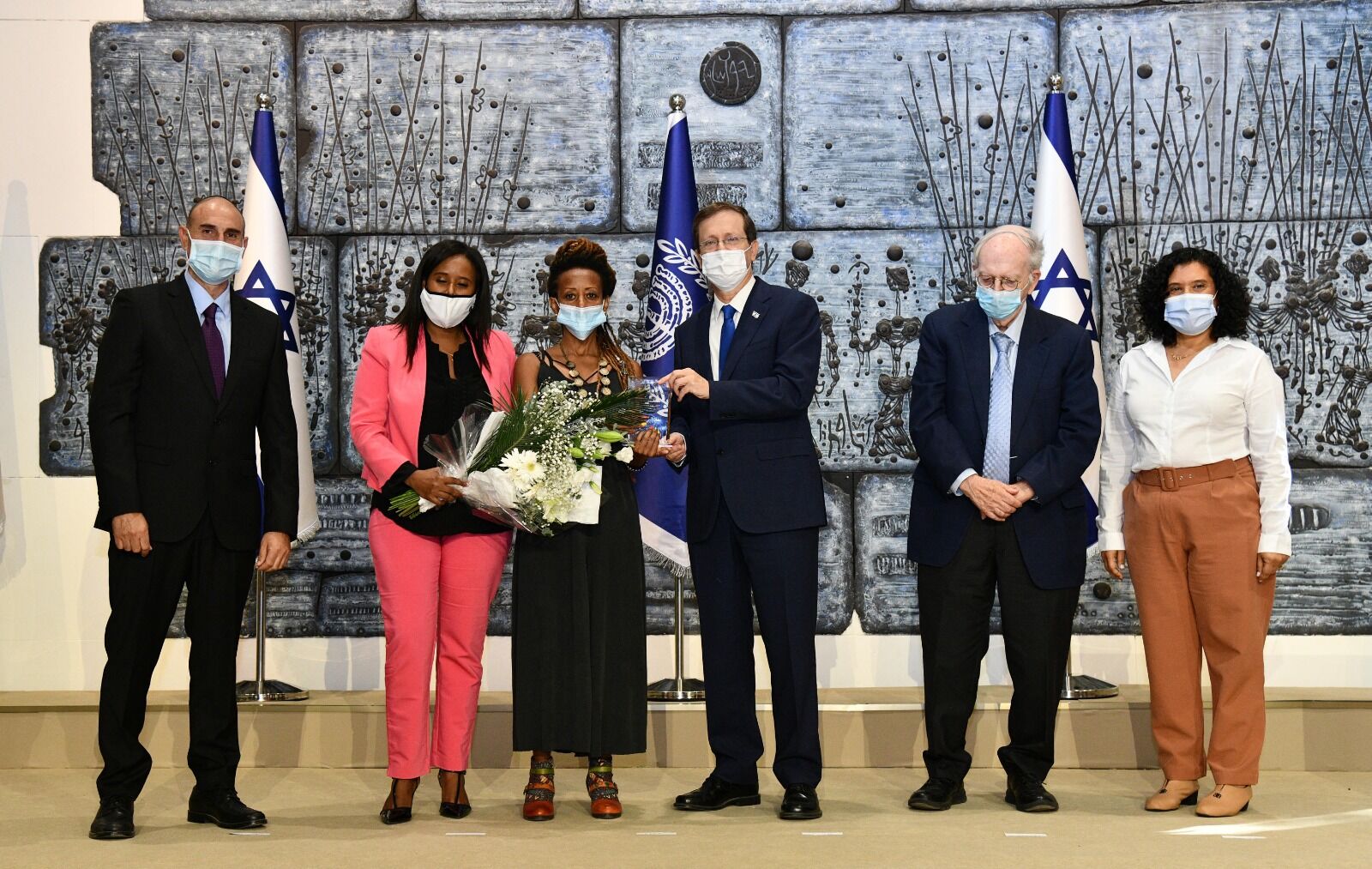 The prize winners “serve as proof of the important contribution of ‘aliyah’ to the flourishing and success of our country in all walks of life,” says Immigration and Absorption Minister Pnina Tamano-Shata.

Israeli President Isaac Herzog and Minister of Immigration and Absorption Pnina Tamano-Shata presented awards on Sunday to new immigrants who have made “exceptional contributions” to Israeli society.

The awards, now in their second year, were presented at a ceremony at the President’s Residence in Jerusalem, ahead of Yom HaAliyah (or “Aliyah Day”), a national holiday in Israel celebrated on the 10th of the Hebrew month of Nisan, which falls this year on Oct. 12.

Five prizes were awarded in the fields of society and community, medicine, care and welfare, art, science, engineering and sports, a government statement said.

“This year’s prize winners, each in his or her own field, are inspiring and serve as proof of the important contribution of aliyah to the flourishing and success of our country in all walks of life,” said Tamano-Shata.

“Each layer of immigration is built on top of another; each adds height and richness to the one before it,” said Herzog. “The most recent layer is the impressive—some might say extraordinary—wave of thousands of immigrants at the height of the coronavirus pandemic.”