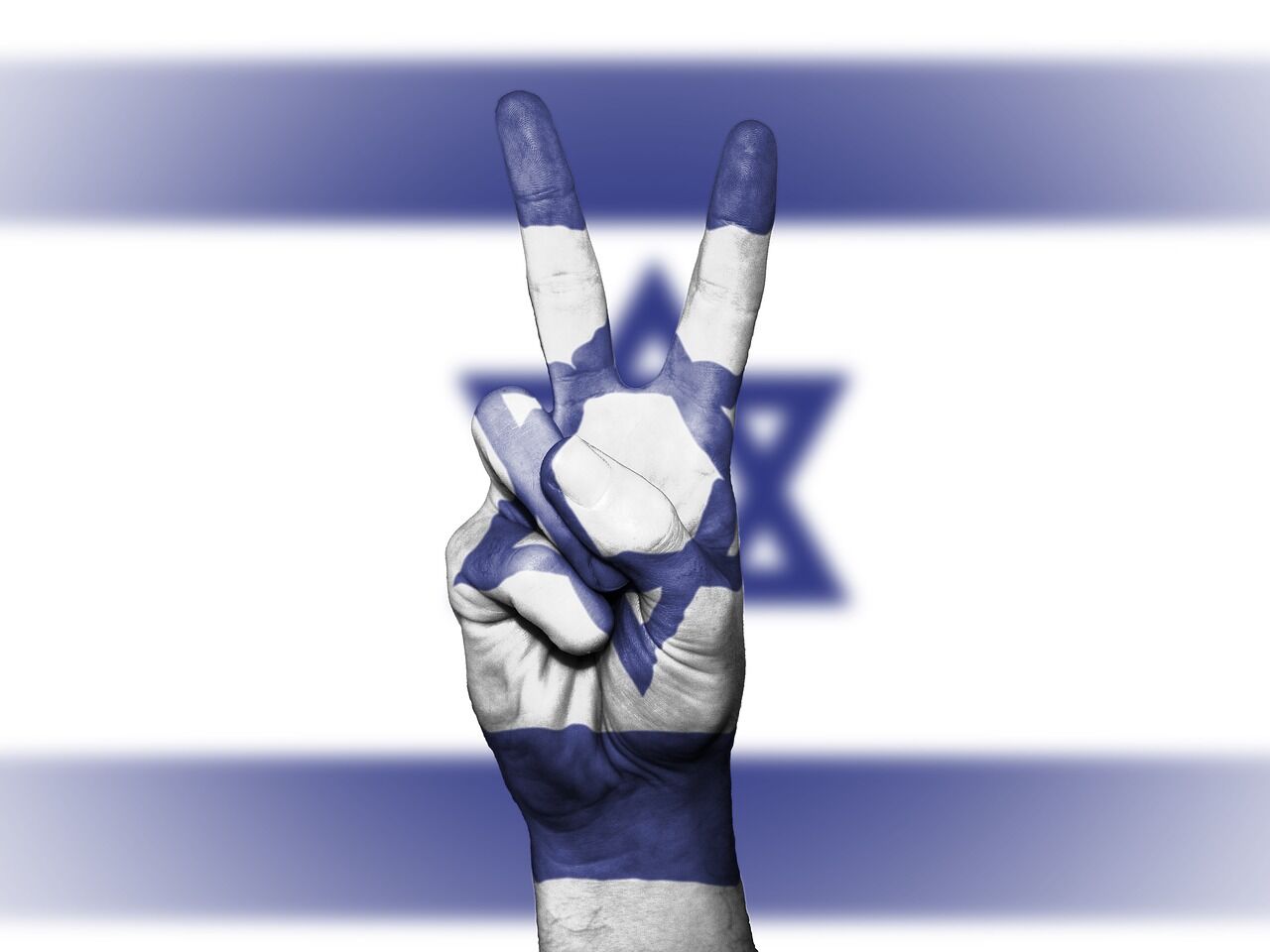 Israel21C via JNS
By Nicky Blackburn

To celebrate Israel’s 73rd birthday on April 15, we’ve brought together a list of 73 weird, wacky and remarkable things about this tiny country in the Middle East that you most likely don’t know.

Israel has the highest number of altruistic kidney donations per capita in the world: 1,005 in the past 11 years, and counting.

The oldest tree in Israel is a jujube tree in Ein Hatzeva on the road to Eilat, which is thought to be between 1,500 to 2,000 years old.

Scientists in Israel managed to grow fresh dates from sixth-century seeds found at Masada and Qumran.

The Israel Postal service has a special Letters to God department, for all the letters arriving in Jerusalem from around the world addressed to God. They are opened and placed into the cracks of the Western Wall.

About 1 million notes are left in the Western Wall every year.

At the Church of the Holy Sepulchre in Jerusalem, an old wooden ladder has been propped up against a window since the 18th century. No one can move it because the building is managed by six different churches and none can agree on who owns the ladder.

Israel is the only country to have revived a dead language and made it the national language.

While Jerusalem has snow storms every few years, and even the Negev desert gets occasional snow, Tel Aviv has only had one snow storm in its history. In 1950, it snowed 12-18 cm. (4.7-7 inches), thrilling locals, many of whom had never seen snow before.

More than half the landmass of Israel is desert, but it still has an Olympic bobsled and skeleton team.

Israel is a global leader in medical clowning, and was the first country in the world to send medical clowns into CoVID-19 wards.

Israel is bordered by snowy peaks at one end and a desert beach on the other.

Israel has 137 beaches—all of them beautiful.

Israel is piloting a new locally-developed AI system to help lifeguards protect swimmers on the beaches and give real-time data on wind, waves and other possible hazards.

Israel recycles 90 percent of the waste water it creates, making it the leading nation in the world for water recycling. In the United States, only 1 percent of wastewater is recycled.

In July 2012, a group of artists in Netanya created the world’s largest mosaic made of socks, using 12,000 in total. (All of them clean, thankfully.)

Cows in Israel produce more milk on average than do dairy cows in other countries.

An Israeli company has developed a revolutionary spray-on skin made of nanofiber to help heal wounds.

Israelis love kids. With an average of three children per woman, Israel has the highest fertility rate among the 37 countries in the OECD, where the average is 1.7.

Israel performs more in-vitro fertilization per capita than any other country, and it’s free for the first two babies.

Babies in Israel are 10 times less likely to be allergic to peanuts than in other countries. Studies suggest it’s because they eat Bamba peanut snacks from an early age.

According to Hebrew-language Wikipedia, there are seven different ways to eat a Krembo, one of Israel’s favorite snacks.

Members of a voluntary organization called Trail Angels open their homes to hikers on the 1,025-km (637-mile) Israel Trail, offering free beds, showers and other amenities.

Israel is roughly half the size of Lake Michigan.

The glue on Israel’s postage stamps is kosher.

Israel has more than 50 alternative meat startups—a disproportionately high number compared to elsewhere around the world—making it a fake meat powerhouse. Perhaps it’s no surprise, given that the country has more vegans per capita.

Researchers in Israel have grown mouse embryos in bottles in a revolutionary way to observe the first stages of mammalian embryonic development.

In 2020, Israel was the eighth most expensive country in the world to live in. Switzerland came in at number one.

Israelis eat some 24 million sufganiyot (donuts) during the eight-day holiday of Hanukkah.

In 2020, Tel Aviv was named the fifth most expensive city in the world to live in, according to the Economist Intelligence Unit. Zurich, Paris and Hong Kong came in before it.

An Israeli company has developed a paint that uses sunlight to activate a cooling mechanism on cars, buildings, planes and even clothing, providing air conditioning without electricity. The hotter it is, the more the coating cools.

Israel takes in more immigrants than any other country in the world per capita. Since it was founded in 1948, 3.3 million people have immigrated to Israel.

In 2020, the most popular baby names in Israel were Mohammad for boys and Miriam for girls.

Syrian hamsters were first domesticated as pets by a zoologist at the Hebrew University of Jerusalem in 1930.

Israel has more museums per capita than any other country in the world—230 and counting. A new museum dedicated to women is opening soon.

Israel has its very own Stonehenge, an ancient stone circle called Galgal Refa’im with massive rock walls that jut 8 feet into the sky. The stone structure is around 5,000 years old, and is made up of some 42,000 tons of basalt stone. It was only discovered in the 1960s.

The Mount of Olives is the oldest continuously used cemetery in the world. It’s been in use for over 3,000 years.

Israel is home to the largest known dog cemetery of the ancient world. More than 1,300 dog skeletons, most of them puppies, were found at the Ashkelon site.

Israeli students won an international award for producing real honey without bees, using a bacterium programmed to “learn” how to make honey.

An Israeli company has developed an atmospheric water generator that can create clean drinking water from the air. It has been deployed in disaster situations all over the world.

In Israel, it is legal to write the Jewish calendar date on all official documents, including checks, instead of (or in addition to) the Gregorian date.

A Tel Aviv company has invented a folding car that can retract its wheels for narrow streets and snug spots, but still can reach speeds of 55 miles per hour.

The main compounds of the cannabis plant were first isolated, analyzed, synthesized and named in Israel.

An Israeli company provides off-grid, solar-powered, automatic handwashing stations to developing countries, using water pulled from the atmosphere mixed with a precise dose of soap, to fight the spread of life-threatening infections.

A revolutionary “human on a chip” developed at Hebrew University aims to replace animal testing for new pharmaceuticals.

When Israel was founded in 1948, there were only 806,000 residents. The population reached two million in 1958, and is expected to reach 10 million in the next three years.

In Israel, people regularly stumble on amazing ancient finds while out hiking.

The oldest-ever cave tool, dating back 350,000 years, was found in Israel.

The field of video therapy was invented at Jerusalem’s Ma’aleh School of Television, Film and the Arts.

In a tech first, Israeli scientists made a robot using a dead locust’s ear to hear.

In Israel, people are taught from an early age to turn off the tap while they brush their teeth, to save precious water.

In Israel, a meal without a salad is not a meal. Even breakfast.

An Israeli company has developed the world’s first autonomous beehive. It can house up to 40 bee colonies (around 2 million bees) and take care of their health and upkeep with a simple app.

Israel was the first country to ban underweight models from participating in fashion shows.

During Passover in Israel, supermarkets are not allowed to sell chametz (forbidden foods like bread and cakes), and if you bring the products to the checkout, they cannot be scanned. Large sections of the shops are covered in plastic sheets.

In Hebrew, Happy Christmas is Chag Molad Sameach, which means Happy Festival of the Birth.

In Israel, the most common way to mop the floor is by doing what’s called a sponja: flooding the floor with copious amounts of water and using a long-handled squeegee to push the dirty water outside or down the nearest drain.

Israeli toilets have two handles: A smaller one that releases less water to flush down #1, and a larger one that elicits more water to get rid of #2.

Israel’s Parliament, the Knesset, has 120 seats because it’s modeled after the Second Temple-era Knesset HaGedolah (the Great Assembly), a leadership body of 120 sages, prophets and scribes.

In Israel, there’s hardly such thing as a gift registry for weddings and bar mitzvahs. Instead, people come to the parties bearing envelopes full of cash.

Israeli companies raised a record-breaking $10 billion in investments during 2020, despite the uncertainty and instability caused by the worldwide pandemic.

85 percent of Israeli households get hot water from rooftop solar heaters, compared to less than 1 percent in the United States.

An Israeli scientist’s invention to turn dog droppings into odorless, sterile fertilizer powder instantly is starting to revolutionize how animal and human waste is disposed of.

Israel has more than 300 wineries, 70 of which harvest at least 50 tons of grapes per year. Approximately 60,000 tons of wine grapes are harvested in Israel annually.

Special thanks to Abigail Klein Leichman, Naama Barak, Danya Belkin, Tess Levy, and Mariano Mann, who all contributed their favorite random facts about Israel to this article, which was originally published by Israel21c.