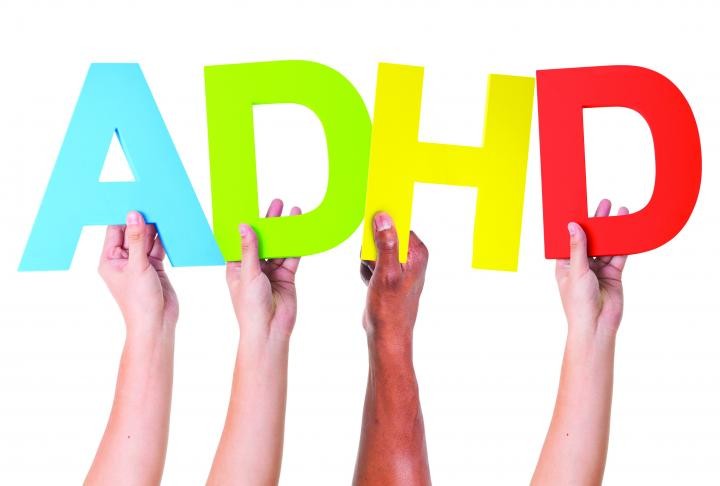 ADD, ADHD, hyperactivity. Who hasn’t heard of these concepts? Until around 20 years ago, they were not well-known, and very few people were diagnosed with these conditions.

Today, Ritalin use is skyrocketing. Many children are diagnosed with attention deficit disorders, due to a difficulty to sit still and listen properly in the classroom. In many cases, this expresses itself through hyperactive behavior, restlessness, impulsiveness, lack of patience, lack of discipline, and so on.

I won’t get into a discussion of the merits or lack thereof of Ritalin; I’ll only say that the goal of Ritalin treatment is not to treat the child, but to give him the ability to sit quietly in class for a few hours, until the drug’s effects wear off.

Naturopathy has a very different approach.

The most fundamental principle of nutritional medicine is that the purpose of food is not simply to make us feel full, but rather to nourish the systems in our body so they can function properly. If they don’t function properly, the first thing to examine is whether the food we are consuming is appropriate for our bodies. And if it is not, we must ask ourselves why, and adjust our diets accordingly.

There are a number of foods that stimulate the nervous system and impair our ability to focus, and in some children, these foods cause a feeling of restlessness. For example, chocolate and other sweets are known to cause hyperactivity.

A sixth-grade boy was once brought to my clinic. It was not hard to see that he suffered from hyperactivity. He couldn’t keep his hands to himself or sit still in his chair, and exhibited many of the classic behaviors of ADHD. I was told that he had also behaved violently in school. During my assessment, it became clear that he was consuming inordinate amounts of pastries, chocolates, Coke, and other foods and drinks full of sugar. What was interesting was that the child himself felt bad about his situation and did not want to take Ritalin.

His treatment involved building him a nutrition plan that excluded sugar from his daily intake. We also minimized his consumption of pastries made from gluten, which more and more studies have shown has a negative influence on brain function. I also recommended adding a daily supplement of Omega 3.

Within three weeks, the child was unrecognizable. He was completely transformed.

In another case, the parents of a 5-year-old brought their child to me after they noticed that he was exhibiting restless behaviors after eating sugary treats. They knew that two hours after consumption of sugar, they would need to take their son out to an open field to work off all his energy, because he was unable to sit and play or behave calmly.

This phenomenon has been studied, and research has shown that children react to sugar differently than adults do. One study compared the responses of children on one dose of sugar to adults on the same dose. Their glucose and adrenaline levels were measured every half hour for five hours. The tests showed that the blood sugar levels of both the children and the adults stayed within the normal range. However, the children’s adrenaline levels were ten times higher than normal for up to five hours after the dose of sugar. That is, children who have consumed sugar are not in control of their physiology. There’s no point in trying to “educate” them to behave calmly in this situation. It’s not them, it’s the sugar and the chemical chain reaction it causes that influences their behavior.

Other food components can contribute to hyperactivity as well. Aside from the sugar, chocolate also contains a chemical called theobromine—a powerful stimulant which, in excessive amounts, can cause restlessness, anxiety, and hyperactivity in sensitive individuals. Dyes, colorings, and flavorings often found in abundance in children’s snacks may also increase restlessness.

Up to this point, we have discussed the foods being consumed in excess that may contribute to the problem; but it’s important to also consider what foods are missing from our diets.

When children fill their bellies with junk food and empty carbohydrates, they don’t have room for high-quality foods that actually nourish their bodies and nervous systems. Whole grains, fruits, vegetables, and almonds and other nuts contain important chemicals such as vitamins and minerals. B vitamins, for example, are essential for healthy function of the nervous system, and have a calming effect on the body. Magnesium is also crucial for neurological health and allowing the body to relax. Many children don’t eat enough healthy oils, such as Omega 3, also essential for brain function. Lacking these components, the brain and nervous system enter a sort of state of starvation, and the result is behavioral dysfunction.

How can we expect a child to sit and study calmly when his nervous system is starving? It’s labeled as an attention deficit disorder or hyperactivity when really, it’s nothing more than a nutritional imbalance causing chemical chaos in the brain.