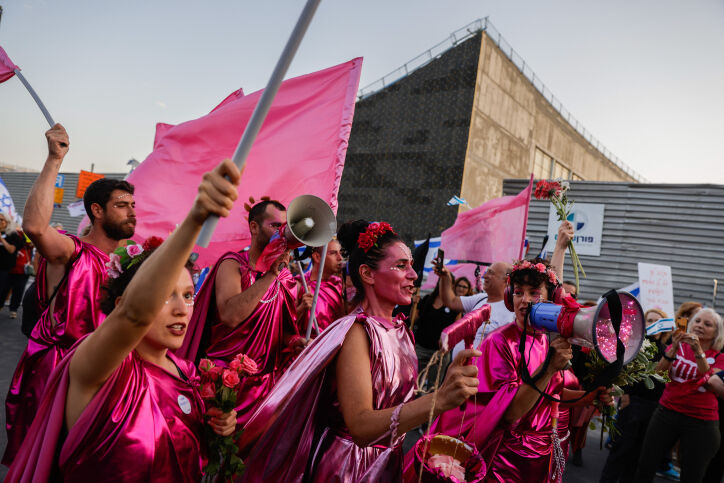 A letter to Israelis and American alike.

Barak Ravid is an Israeli journalist of the old Soviet school. In other words, he is a shameless propagandist for the cause. In his case, the cause is to destroy Netanyahu and install a left-wing government, and he’s been working on it for many years. In his last Axios screed, he trashes President Trump and then tries to link the smeared president with Netanyahu—that is, both men are said to oppose a government of the people and the decision of the voters.

We know plenty about the first point, and I’ve discussed it a lot over the last several months. I’ve neither the time nor the room to correct his lies. But what of this propagandist’s second point, with regard to Netanyahu?

Well in this case, Netanyahu (his party, the Likud Party) indisputably received nearly six times the votes of would-be prime minister Naftali Bennett. What do I mean?

Bennett is the man set to replace Bibi as prime minister. How did this come to pass? Among other things, he ran to the right of Netanyahu in the election. Even still, he and his party received less than five percent of the popular vote. How does a politician who barely registers among the voters become a prime minister in a democracy? To my knowledge, it has never happened, certainly not in Israel. Indeed, how could it? Israel prides itself on being a democracy, despite its dysfunctional electoral system.

Well, Bennett has desperately wanted to be prime minister despite the fact he does not have the support of the Israeli people, and never has. Not even close. He was once a flunky in the Likud Party and Netanyahu’s chief of staff. But he turned on the premier and has been agitating to replace him ever since. But, again, without the backing of the voters, he had no chance. Or, at least, that’s what everyone thought.

Israel’s parliament—the Knesset—consists of 120 members. Bennett decided to run in his own party. His party garnered a grand total of six seats out of 120. In sum, it was crushed at the polls. The people overwhelmingly rejected it and him. But Bennett had another idea, no doubt hatched before the election against the possibility that he performed as disastrously as the polls had suggested he would. Since Israel’s governments are built on like-minded coalitions of multiple parties, and if the conditions allowed, he’d join the Netanyahu opposition, but only if he could position himself to become the next prime minister.

This would mean abandoning everything he ever said he stood for, and even the relatively few people who’d voted for his party. But so be it. If that’s what it takes, that’s what will be done. He left the so-called right-wing parties and threw in with the left-wing parties—most of which are small and tiny parties (including the Arabs)—in order to defeat the prime minister, negotiate to become premier himself and sell out his voters and his country for a short stint as prime minister.

And he and his new comrades claim this as a new “unity government,” having managed to cobble together a one-member majority. The question is, “unity” around what? The tyranny of ridding Israel and the world of one of its greatest leaders and critically wounding his own country, which faces grave threats from Iran, Palestinian terrorists and a hostile Biden administration/Democrat Party?

This is not a unity government. It is a government of has-beens, wannabes, reprobates and malcontents. Incidentally, Netanyahu is and has been the leader of Israel’s largest political party, Likud; all of its voters will be disenfranchised. But who cares, right? Just another bunch of deplorables, but this time apparently Israeli deplorables. And the Israelis could never have dreamed that Bennett would wind up as prime minister.

This is a historic betrayal of the State of Israel and the Jewish people, including by its ideologically radical and self-aggrandizing media.

Which brings me back to Barak Ravid, and virtually all of his fellow comrades. The radical-left Israeli media (much like the American media), have long despised the prime minister because he is a strong, confident and enormously successful statesman in so many ways. He dared to stand up to the genocidal Iranian regime and its chief foreign supporter, Barack Obama. They have effectively joined, if not led, this grotesquely tyrannical movement to oust Netanyahu.

It is they who reject democracy and the will of the people. It is they who threaten Israel’s democracy. And this gaggle of media fools and ideologues is spewing self-righteous commentaries about elections, morality, change and of course unity, as fast as their inane and incoherent minds can put pen to paper and mouth to microphone. Israel and the United States are desperately in need of a truly free and objective press. Instead, we are burdened with useless idiots.

This is the real story of what has happened in Israel, and it is actually worse than I’ve had time to explain.

Mark Levin is an American lawyer, author, and radio personality. He is the host of syndicated radio show The Mark Levin Show, as well as Life, Liberty & Levin on Fox News.