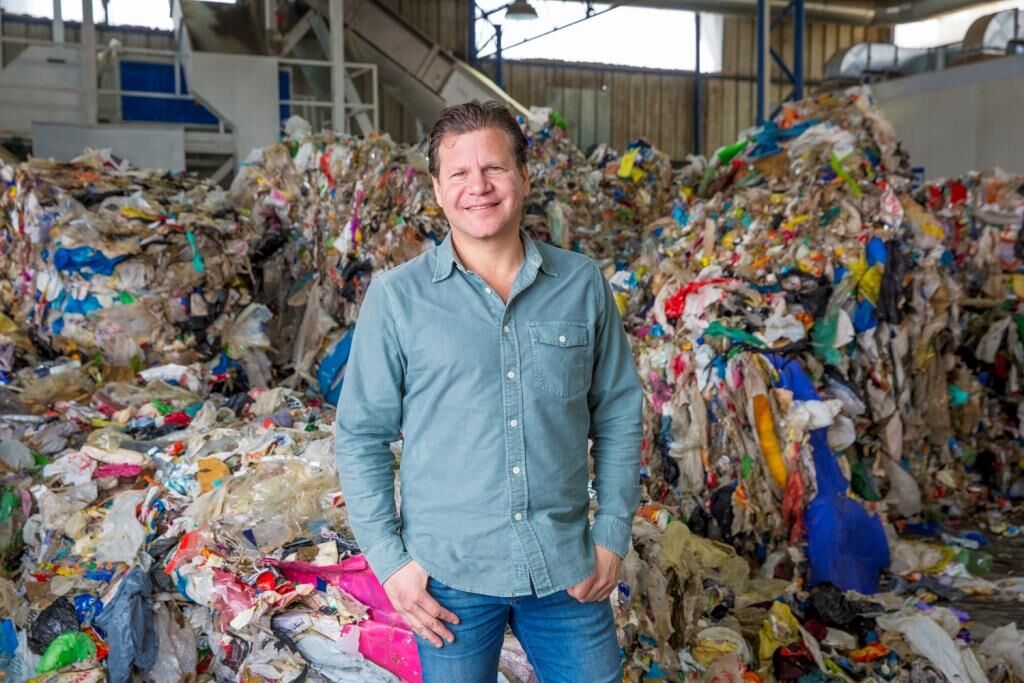 Late last year, Prime Minister Naftali Bennett told world leaders at the UN’s COP26 climate summit in Glasgow, Scotland that Israel was poised to “become a climate innovation nation.” This was a defining moment for the country, which has significantly ramped up its efforts to tackle climate change issues.

One company that witnessed the pivotal moment in Glasgow was UBQ Materials, the Israeli firm that develops a sustainable thermoplastic material from unsorted household waste. The company’s co-CEO and co-founder Jack “Tato” Bigio says while they were the only Israeli company that appeared at the summit, they were welcomed warmly by the Israeli delegation in attendance.

“COP26 was a milestone in the climate agenda and the delegation shows a very strong commitment to reducing carbon emissions until 2030 and getting to net zero by 2050,” Bigio tells NoCamels, “Prime Minister Bennett had a very promising speech and yet, Israel is far from having a real solution to combat those climate change issues. The [government] has to work very hard and move very fast and they understand that some technologies can help accelerate the process.

“I think they understand that UBQ is a unique solution that can help that [climate] agenda and of course, they can be supportive of an Israeli technology that also helps the global agenda, which is what Bennett said,” Bigio explains.

Founded in 2012 by Bigio, Yehuda Pearl, and Eran Lev, UBQ Materials offers a solution to the growing global problem that every year the world produces more than two billion tons of household waste, the majority of which is unrecyclable and sent to landfills, incineration or is dumped in open natural spaces. In addition to the many well-documented natural hazards of landfill waste, it is also the third-largest cause of anthropogenic methane emissions.

UBQ’s waste conversion tech knows how to absorb all kinds of non-sorted household waste, which includes organic garbage, plastics, papers, cardboard, and dirty diapers. During the conversion process, UBQ breaks down the waste into its most basic molecular components and assembles a new raw material. Each tonne produced by the company saves up to 12 tonnes of CO emissions over 20 years, thanks to the prevention of landfilling. The company has said its product is considered the thermoplastic material with the lowest carbon footprint in the world.

While UBQ does have a plant in Israel, the company has said it will use its recent infusion of capital to build a large-scale facility in the Netherlands by the end of 2022. The Netherlands facility is expected to produce 80,000 tons of UBQ material per year for the manufacturing of everything from construction goods (pipes, bricks, panels) to supply chain logistics (shipping pallets, crates.)

Meanwhile, Bigio says Zandberg also came to visit UBQ’s current Israeli plant because there is interest in creating a larger infrastructure to deal with Israeli waste.

“She thought this was incredible technology that…addresses Israeli interest in supporting the establishment of a UBQ factory to create UBQ materials out of Israeli waste, and also has enormous impact around the world,” he tells NoCamels.

UBQ
UBQ Materials has developed a technology that takes household waste and converts it into a bio-based plastic substitute. Courtesy.
The current plant in Israel is a small, commercial pilot plant where the company first established research and development for its tech. Bigio discussed with Zandberg the possibility of expanding the plant or moving it to a new location but tells NoCamels that it’s important that the conditions at the location be right.

The one in the Netherlands will comparatively be 12 to 14 times bigger, Bigio adds.

Getting to know UBQ Materials also answers two issues that are important to the Israeli government’s plan to fight climate change issues, says Bigio. First, it shows that they are highly committed to finding a way to reduce methane emissions dramatically. Second, he says that they noticed that UBQ had recently received a sizable $170 million investment led by TPG Rise, the investment arm of American private equity firm TPG.

“I believe it triggered the minister to come. We are already in close contact with the ministry because we were exploring the idea of maybe establishing [a bigger] plant in Israel, but also because the Ministry of Environment needs to give you permits and licenses to operate an industrial facility,” he adds.

Tato Bigio is the co-founder and co-CEO of UBQ Materials.
“In an era of climate crisis where the entire world must transition to a circular economy, here is a solution serving dual purposes. On the one hand, UBQ reduces waste being landfilled, and on the other hand, introduces a new resource through a process that does not pollute the environment. Green technologies play a significant role in battling the climate crisis; Israeli innovation can and should be a world leader in this field,” Zandberg said during the visit, according to a statement.

While the climate tech industry is flourishing, “Israel is not there yet,” Bigio explains, but this ministry “wants to see how policy can affect the ecosystem in a positive way to accelerate the appearance of new technologies and the establishment of new industrial alternatives to support the agenda.”
“We talked a lot about what other countries are doing,” he adds.

In the meantime, as UBQ aims to further its goal of global expansion, the company continues to sustain its strong partnerships, which include supplying raw materials to leading brands in the automotive, logistics, construction, retail, and 3D printing industries.

Caption: Tato Bigio is the co-founder and co-CEO of UBQ Materials.
Credit: Courtesy