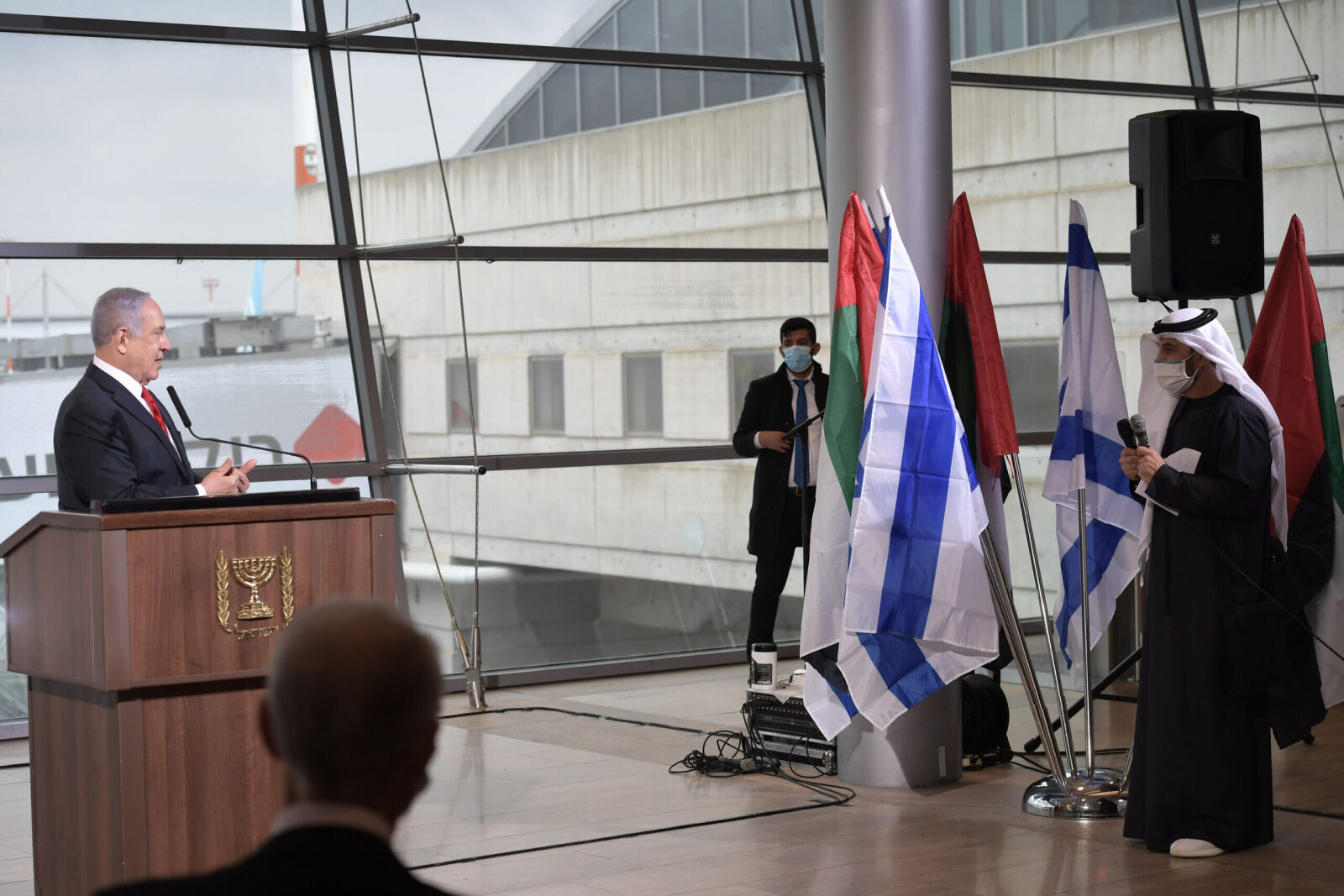 “There is a great opening here for trade, the economy and tourism that makes for a truly new and different Middle East,” says Israeli Prime Minister Benjamin Netanyahu.

Speaking during the ceremony, Netanyahu said the flight “opens the way for dozens of flights a week to Dubai, to the UAE, to Bahrain and to the east.”

In combination with a visa exemption on travel between Israel and the United Arab Emirates, “there is a great opening here for trade, the economy and tourism that, in effect, makes for a truly new and different Middle East, a meeting between peoples as well as meeting between leaders,” he said.

“We are crumbling the Israeli-Arab conflict and turning it into Israeli-Arab cooperation in order to produce not only a new future but also a new present, and we are doing so with dizzying speed. I think that the entire world is watching and understands that we are making history here, and we can all welcome this,” he added.

The Israeli premier noted that Israeli airlines were already flying over Saudi Arabia, calling it a “welcome change.”

Netanyahu reportedly made an unannounced trip to Neom, Saudi Arabia, himself on Sunday for talks with Saudi Crown Prince Mohammad bin Salman and U.S. Secretary of State Mike Pompeo. Jerusalem, Washington and Riyadh have remained close-mouthed regarding the meeting, with Netanyahu saying only, “I never talked about these kinds of things, and I will not start now. I’m committed to strengthening Israel.”

Responding to a question from a reporter during Thursday’s ceremony at the airport, Netanyahu said “nothing is assured 100 percent, but it seems to me that if I need to look forward, I estimate that in the coming months we will see more countries joining this circle [of normalization of relations with Israel], one way or another, on this or that level. This cannot be stopped. We are not going back.”

He added: “What we are doing here today is historic: The first commercial flight from Dubai to Israel—and not the last. We are going to open dozens of flights in both directions. This is … not only changing the future of the Middle East and Israel; it is also changing the present.”