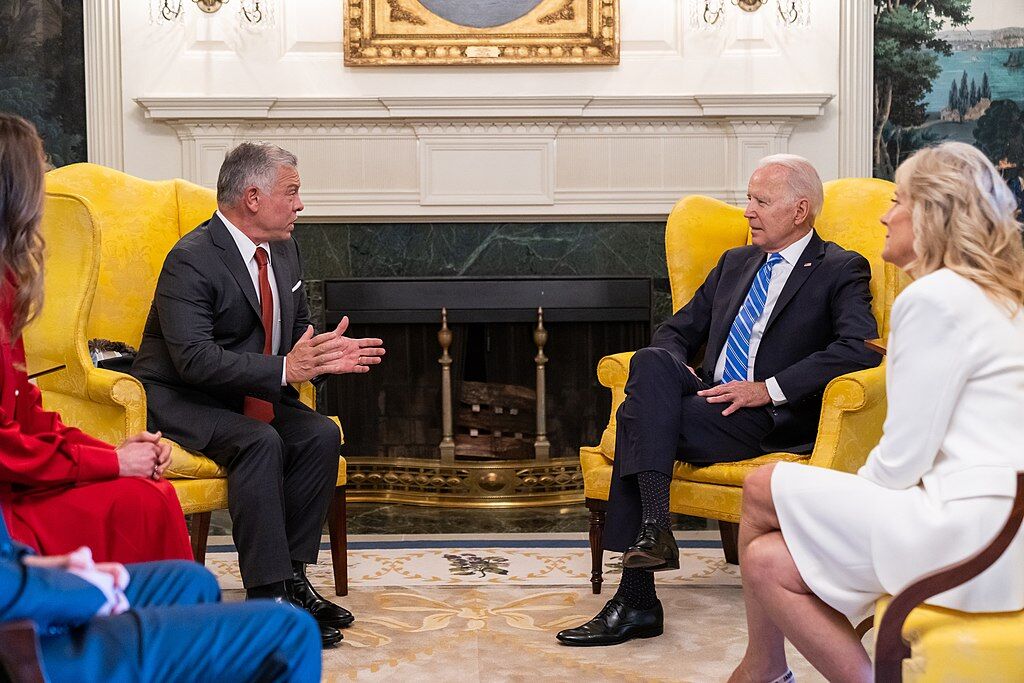 U.S. President Joe Biden’s expected White House meeting this week with Jordanian King Abdullah over the Temple Mount and a proposed visit to eastern Jerusalem without an Israeli escort on his first trip to the country since coming into office,could symbolize a change in U.S. policy that concerns Israelis.

The Jordanian monarch is arriving in Washington Monday. The meeting with the president will focus in part on the recent flare-up of violence at the Al-Aqsa Mosque and on attempts to reduce the subsequent Palestinian-Israeli tensions, a senior Jordanian official told Walla News.

Pushing their self-proclaimed role as “custodians” of the holy site, Jordanian leaders blamed Israel for police measures taken to prevent Palestinian rioters from injuring visitors to the Mount and below at the Western Wall. They publicized a list of demands, including that the Jordanian-funded Waqf (Islamic trust) administrators on the Mount should be in charge of security instead of the Israeli police and be given the right to pre-approve non-Muslim visitors.

According to a government readout of a call Biden made to Abdullah during the Ramadan violence last month, he “recognized the Hashemite Kingdom of Jordan’s role as the custodian of Muslim holy places in Jerusalem” and called for preservation of the “status quo” on the Mount.

Israeli leaders have pushed back and said only Israel would decide what happens in their capital. After it was reported Monday that Public Security Minister Omer Barlev and the police were willing to answer another Jordanian demand to add 50 more Wakf personnel, Prime Minister Naftali Bennett denied the move would take place.

Kan 11 News also reported Monday that officials currently planning the president’s visit next month suggested an unaccompanied stop at Al Makassed Hospital in eastern Jerusalem. It would be the first time a sitting president came to the part of the city that the Palestinians demand as their capital with no Israeli government officials present.

“For all intents and purposes, this would be a form of recognition that Jerusalem is divided, which of course has political significance,” said journalist Gili Cohen.

She noted that neither presidents Obama or Clinton “had gone so far in recognizing Israel’s non-sovereignty” over eastern Jerusalem and that such a move would “arouse strong opposition among senior Israeli officials.”

The Im Tirtzu organization has already called on Bennett to “politely and respectfully announce to the President of the United States: United Jerusalem is the capital of Israel.”

“If the visit is intended to divide Jerusalem, it is better not to have a visit,” the Zionist group stated.

TPS reported Tuesday that analyst Yoni Ben Menachem of the Jerusalem Center for Public Affairs warned that the reason for the proposed visit is to back away from former president Donald Trump’s official acknowledgment of Jerusalem as Israel’s capital, although Biden said that he would not revoke the recognition.

“The Israeli prime minister must stop the madness of who wants to undermine Israeli sovereignty in Jerusalem,” he said. “Naftali Bennett and Joe Biden are giving a prize to Palestinian terrorism.”